Born in Melbourne, Echo City is the love child of two musicians from unlikely professions who fell in love with songwriting.

Made up of Dr. Jade Goodge and engineer Carter Carlton, the electro-pop duo cover all bases themselves, from the writing and recording to producing and programming. 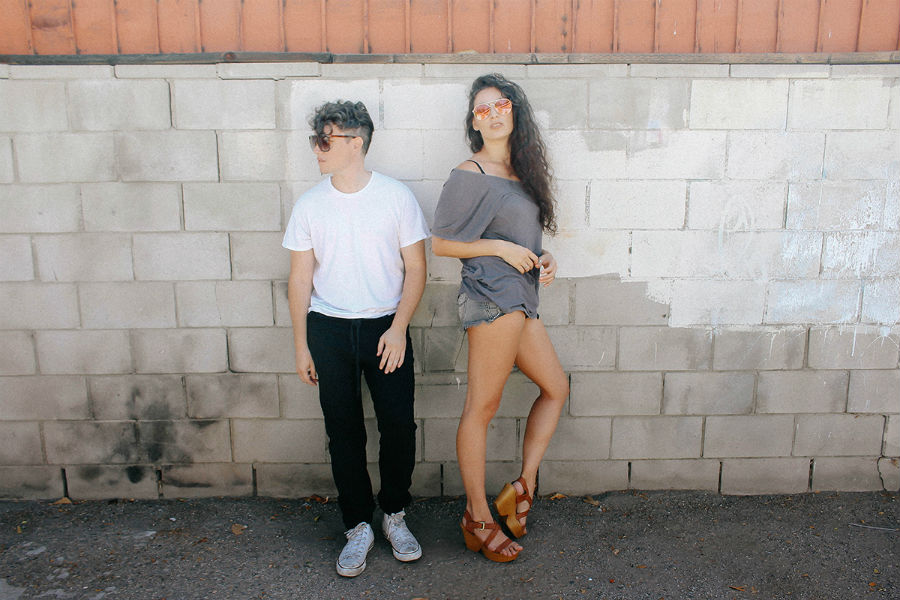 Diving into the depths of cyberspace to bring you something dark and sexy, Burn Me is the first offering from Echo City and it’s a digital masterpiece.

From the vocals up top right down to the deeper production threads, the track is a seamless offering from the Melbourne pair, transporting listeners into another world entirely.

Inspired by Tinder whilst watching Shadowhunters on Netflix, Burn Me radiates some ethereal, fantastical vibes. Inviting listeners in with Goodge’s hypnotic vocals, the track bursts with cinematic synths and a sharp, contagious beat.

Burn Me instantly paints the mental image of another realm, filled with fallen angels and dangerous creatures. Oozing with sinister vibes and an all-round eerie aesthetic, Burn Me is a powerful new offering from the talented pair.

Previously the front woman of Melbourne folk-rock band Le Fay, Goodge has since worked as a songwriter for overseas artists, whilst Carlson previously fronted Californian band Stranger Danger and worked as a solo producer for artists such as The Potbelleez, Happy Sometimes and EDM group DVBBS.

Initially introduced by a management company, the pair first collaborated on Carlson’s solo project. After various months of working together and communicating via video chat, the once side-project to their other work has now turned into the real deal, writing their first EP as Echo City in three days.

You’ll want to keep your eyes peeled with this pair, who have more to come in 2018 including an album on the way.