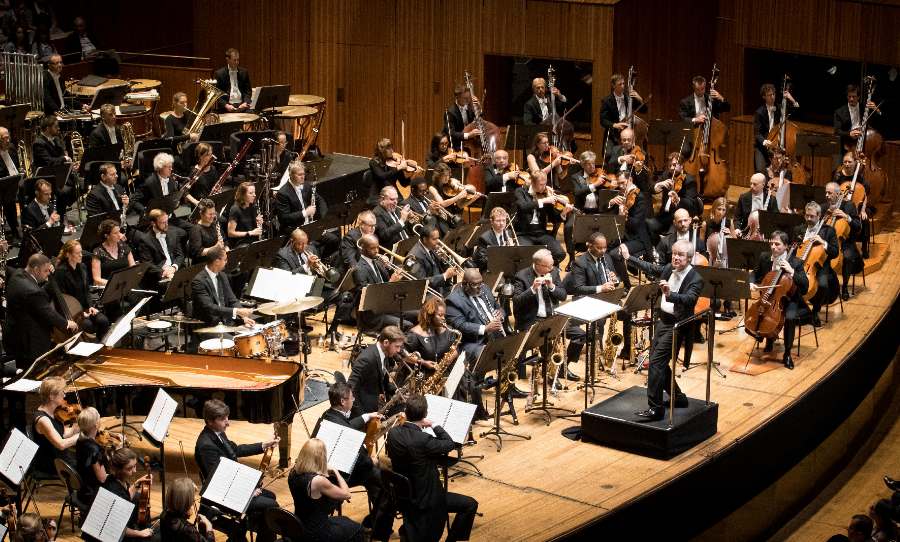 Orchestral sample libraries are becoming more and more an essential part of modern music production. Take a look behind the scenes at how they work.

Have you ever wondered where small budget reality TV series get the money and time to record a full orchestral score four times a week? The answer is simple – they don’t. Today, orchestral sample libraries are closer than ever to simulating a living, breathing, live orchestra, and they’re easier to use than ever.

Sampling has existed for almost as long as recorded sound itself. Early sampling consisted mainly of sound collages made from cutting and splicing reel-to-reel tapes of a variety of sounds and was termed ‘musique concrète’ by progenitor Pierre Schaeffer. Composers such as John Cage and Karlheinz Stockhausen also experimented with this form.

While the Chamberlin, an ancestor of the drum machine, first developed as early as 1949, was probably the first instrument to use samples, it wasn’t until 1979 that the Fairlight CMI first coined the phrase. Developed by two Sydney teens, the pioneering synthesiser also included a digital audio workstation and an embedded digital sampler.

The sampling feature was originally considered essentially a bonus, and the inventors regarded their instrument primarily as a digital synthesiser. As such, the sampling functionality was fairly limited compared to modern technology, but it was enough to capture the imaginations of composers, performers, and manufacturers alike.

Hot on the tails of the Fairlight was the Synclavier from New England Digital and the E-mu Systems Emulator, creating a competitive environment for the technology to evolve. The Linn LM-1 was the first drum machine to use acoustic samples, followed closely by the Oberheim DMX. In 1988, the Akai MPC60 revolutionised sampling, allowing users to edit and assign samples to different pads in a small affordable console. The growth of libraries

Early orchestral sample libraries were commercially available from the mid-‘80s. They were fairly rudimentary collections of recorded sound files, typically stored on CDs. One such example was the Prosonus Series, utilised by Brad Fiedel on the Fairlight CMI III alongside the Fairlight system samples for his score for Terminator 2: Judgement Day (as explained in the below video from Alex Ball).

Because of the limitations of both the instrument and the library, Fiedel didn’t have access to a huge range of sounds. In fact, the majority of the samples available only existed in one key. To play a sample at a higher or lower pitch, the Fairlight would simply play the original sample slower or faster, thereby changing the pitch. This process created a series of unnatural sounds and imparted a number of electronic artefacts on the samples, which ended up being exactly what Fiedel wanted for the T2 score.

These days, orchestral sample libraries can run up to millions of individual sounds, and cost thousands of dollars. Vienna Symphonic Library is arguably the top dog when it comes to orchestral libraries, and their ‘Full Library’ contains over 2.8 million samples, and costs a cool $20,000. On the other hand, there has been a proliferation of libraries since the early days of the Fairlight, so there are also a number of free options available. As always, the majority of products sit somewhere in the middle of these two extremes.

The process of recording an orchestral sample library can be enormously time consuming and laborious work, depending on the scope of the library. The aforementioned Vienna Symphonic Library took an approach that is almost difficult to comprehend. The recording sessions for the Vienna Symphonic Library contracted players for six months to a year, and in some cases even longer.

Conceived by Herb Tucmandl, a former cello player and substitute member of the Vienna Philharmonic Orchestra, the Vienna Symphonic Library was originally released in 2002. The VSL contained more than a million samples where other libraries typically contained 6000 at most.

The reason for this increase in volume stemmed from Tucmandl’s desire for a more realistic performance. Up until that point, orchestral samples had consisted of single notes, but this meant sequences of notes lacked the legato nature of real musicians playing. Because of this, no matter the quality of the samples, larger realisations could never transcend their robotic beginnings.

To remedy this, Tucmandl set out to record each instrument playing transitions from each note in its range to every other note within two octaves. The calculations for the number of samples this results in quickly blow out of control, but when you consider that each of these transitions then also needs to be recorded with a range of dynamics, articulations, and timbres, it’s easy to see how each instrument can rack up 40,000 samples.

Tucmandl even went so far as to build an all-new recording studio, known as the Silent Stage, due to their unique needs for large ensemble space, precise resonance control, and constant availability. On top of this, most of the musicians involved in the project are current or former members of the acclaimed Vienna Philharmonic. The result of this whole project is one of the most comprehensive and convincing reproductions of an orchestra available, although it absolutely came at a cost.

Not all orchestral sample libraries are quite so comprehensive, and indeed many don’t need to be. It’s up to the developers of these libraries to determine where their resources are best spent, and in many cases it’s not going to be necessary to include an encyclopaedia of extended techniques, or a complete spectrum of dynamics.

The intrusion of samples into the realm of live musicians has been a point of contention for as long as sampling has existed. Hip hop and electronic music, in particular, has historically been hard hit by a slew of moral and ethical questions, although that hasn’t curtailed the proliferation of sampling in the genre. When it comes to orchestral performance, though, the concern only really became apparent in the last couple of decades – coinciding roughly with the first release of the Vienna Symphonic Library.

Live orchestral performance is still fairly heavily protected by unions – even in live theatre, where shows often run by the thinnest of margins and the reduction of orchestrations is routine, musicians’ unions still dictate that productions must employ a reasonable number of musicians. Recorded performance, however, is not quite so closely monitored.

While big-budget films still employ full orchestras of session musicians, if you’ve ever heard any orchestras on TV, they’re likely to be the product of sample libraries. The reality of a strict TV production timetable often precludes shows from undertaking cost and time-intensive recording sessions with any number of musicians, let alone a full orchestra. Orchestral sample libraries allow composers to work quickly and easily to get their cues out on time.

They also provide a more direct route to experimentation, where extra virtual musicians can be called in and out at a whim, and passages thought to be unplayable by humans can be rendered by a virtual orchestra in a heartbeat. Even if live musicians are being recorded, orchestral sample libraries also have the benefit of allowing composers to hear an accurate mock-up of their scores before they hit the studio, saving the editing and revision process.

Considered Lana Del Rey‘s breakthrough hit, the lush orchestrations of Video Games were actually the result of an overnight Ableton Live session and some help from IK’s Miroslav Philharmonik Orchestra sample library. Production duo Robopop worked their magic in one six hour session, relying on samples and a variety of other production tricks. The work that Robopop did on Video Games was really only possible at all because of orchestral sample libraries. Other producers, with more access to resources such as money, and time, were later unable to recreate the understated atmosphere of the Robopop mix, and it was their mix that eventually made it to the album.

Despite the alarm from a number of concerned parties, we’re probably still some way from musicians being replaced by virtual versions of themselves. When it comes to live performance, audiences will always seek the intense connection between themselves and the performers, and nothing can break that bond. For many composers, however, the use of orchestral sample libraries is the new normal, and it’s here to stay.