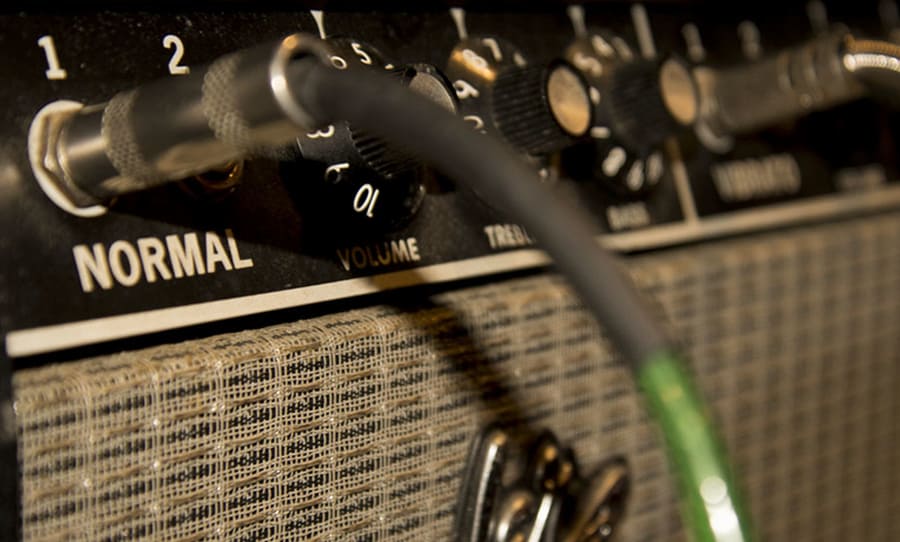 Finding a studio with a vintage Fender Deluxe Reverb is like striking gold. There is a good chance it’s the only amp you’ll want to use, and an even better chance you’ll want one for yourself afterwards.

Fender have spawned countless classic pieces of musical equipment since the company’s inception in 1946. Many have been innovative, some genre-defining while other have been flops (wrong for their time or just plain weird). Then there’s another category, one that sits above the others on a plane of untouchability.

Few pieces of musical equipment can boast such divine status – perhaps the Gibson Les Paul or the Vox AC30, both classic and bulletproof in their influence over half a century of music. No doubt the Stratocaster would be up there too, but there’s another of Fender’s creations which has earned itself this honour and that’s the Deluxe Reverb. Hailed as the ultimate workhorse in guitar amplification, the Fender Deluxe Reverb is widely considered the most recorded amp in the history of music. First produced in 1965 – known as Fender’s ‘blackface’ era due to the black faceplate fitted onto the amps of the time, adorned with white text it has been one of Fender’s most sought after amps for over half a century.

It is highly favoured for studio use, due in part to its low wattage of 22W, meaning it breaks up nicely at relatively low volumes and also delivers sparkling, punchy clean tones; that sought-after ‘Fender sound’. The combination of these two characteristics meant the Deluxe Reverb was, and still is, a jack of all trades amplifier.

In the sixties, when fuzz pedals weren’t all that widely used, artists relied on overdriven preamps in tube amplifiers and mixing desks to produce fuzz and distortion. Innovative studio artists like The Beatles (with a little help from George Martin) and Neil Young relied heavily on these techniques to create crude fuzz tones.

Although at the time many bigger bands favoured higher wattage amps like the Fender Twin Reverb or Super Reverb, the Deluxe has a character that none of its Fender brethren could match. Fitted with two 6V6 power tubes, four 12 ax7 preamps and a single 12-inch speaker, the Deluxe Reverb has enough clean headroom to cut through a band mix at rehearsal or for playing smaller club gigs.

At this level, the Deluxe Reverb also hits its sweet spot, creeping up to the brink of breakup, but still retaining full clarity. Vintage variations of the amp are highly sought after, with blackface models chasing up to $10,000 and CBS-era silverface models being highly favoured over vintage Twin Reverbs, the Deluxe’s big brother.

These days, the demand for low-wattage amps has grown exponentially – people no longer want that back-breaking Twin Reverb with its 85 watts and double 12-inch speakers. In many ways, that kind of amp has become obsolete, a lumbering veteran in the New Age.

Keith Richards once said that “Music is a language that doesn’t speak in particular words. It speaks in emotions.” In many ways, instruments are your musical vocabulary, your emotional voice. They need to be understood, nurtured and then strangled for everything they’ve got.

So many pieces of equipment have been invented, picked up and forgotten because they don’t speak at that empyrean level. They don’t excite or inspire. They don’t caress your creative plight. They are flat and in turn, you become flat. But there are some that have got It. And while we’re still not sure what It is, we know it’s something irreplaceable.

The Deluxe Reverb sits among gear royalty for a reason. Like so many of Leo Fender’s early creations it was inspired, it was simple and it just worked, and because of this it has weathered so many years, largely untouched. And if you’ve ever played one you’d know why.

For those tech-heads wondering about the specs of the Deluxe Reverb, here are the particulars: