As Charlie Chaplin’s The Kid (1921) has just celebrated its 100th birthday, we decided to celebrate other classic films that will share the same milestone this year.

From a movie inspiring a tango craze to a three-year-old earning a million dollars a year, anything goes in 1920s Hollywood.

Here is a list of 10 high-grossing films from 1921 that are worth knowing about – if even for some trivia to trump your film buff friends. In this timeless classic, ‘The Tramp’ (Charlie Chaplain) befriends an abandoned child, ‘The Kid’ (Jackie Coogan), and although reluctant at first, raises him as his own. Kind of like in Leon: The Professional (1994), or Manny and the Baby in Ice Age (2002), or Sully and Boo in Monsters, INC. (2001).

Film critic Audrey Fox, writing for Roger Ebert, points out The Kid’s obvious enduring legacy by saying: “With its loving depiction of an adoptive father-child dynamic, Chaplin’s century-old film has its fingerprints all over modern entertainment, especially as the familiar storyline had new life breathed into it with the release of The Mandalorian, News of the World, and The Midnight Sky.”

Fool’s Paradise is an early film by Cecil B. DeMille, the “founding father of the American cinema.” The silent romance film is your classic love-triangle: where the female lead’s crush doesn’t like her back so she gives him a cigar that explodes in his face, causing him to go blind, so she can trick him into marrying her. You can’t make this stuff up.

Although the film is shot in black and white, the scenes where a heart is shown are hand-painted red. Pretty cutting edge stuff for the time.

The Call of Youth is a short film directed by Hugh Ford. Fun fact: Alfred Hitchcock is credited as the title designer. You know, the guy who writes the dialogue on the screen between shots of silent footage.

Hitchcock had yet to direct his first film, Always Tell Your Wife, which came out in 1923.

#4. The Four Horsemen of The Apocalypse – Rex Ingram The Four Horsemen of The Apocalypse is dubbed as one of the first true anti-war films and, because of its huge cultural impact, became the top-grossing film of 1921, beating aforementioned Charlie Chaplin’s The Kid.

The film also inspired people to wear gaucho pants and started a tango craze! Sounds a bit like when Amazon’s chess set sales went through the roof after the release of The Queen’s Gambit. 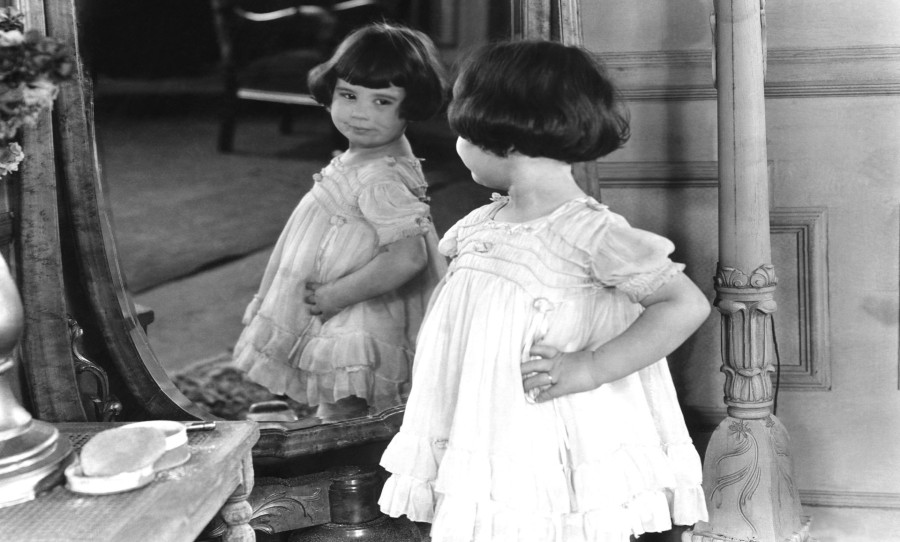 Before Shirley Temple, there was Diana Serra Cary (‘Baby Peggy’). Living until 101, Cary was one of the last living film stars of the Silent Era of Hollywood before her death last year. Between 1921-24, Baby Peggy made over 150 short films and, in 1922, was dubbed The Million Dollar Baby for her $1.5 million annual salary ($22.4 million in 2019). Like many child-stars, she fell on hard times and ended up working as an extra by the 1930s.

Later in life, a fully-grown Baby Peggy became an advocate for child actor’s rights. There is no available plot synopsis for Golfing, this is just a shout-out for Baby Peggy. Ain’t she cute? Humor Risk is an unreleased silent comedy film by the Marx Brothers. It would have been their very first, had they not apparently accidentally thrown away the print when left in the screening box overnight.

Rumour has it that Groucho Marx, unhappy with the film’s quality after a particularly bad premiere screening, BURNT the negative. Grouchy Groucho! The Lotus Eater is a romance film starring John Barrymore, grandfather of Drew Barrymore and Colleen Moore, who helped popularise the bob haircut in the 1920s. The more you know. The moment when Douglas Fairbanks does a one-handed handspring to grab a sword in this film is considered as one of the great stunts of the early cinema period. Fairbanks continued to rock his character’s moustache for the rest of his life. Iconic. Me, Tarzan. Me, 100 years old this year. The Adventures of Tarzan is a 15-chapter movie serial, where one chapter of the story would be played each week at a cinema until the series was completed. There were the cliffhangers that made audiences come back the next week, e.g. Jane getting kidnapped. Elmo Lincoln returned to his role as Tarzan for a second time although this time around, censorship forced the previously bare-chested actor to cover up and wear an over-the-shoulder-styled costume for this production.

These films can be hard to track down but they continue to live on in random YouTube videos and on Old Hollywood themed Instagram pages.