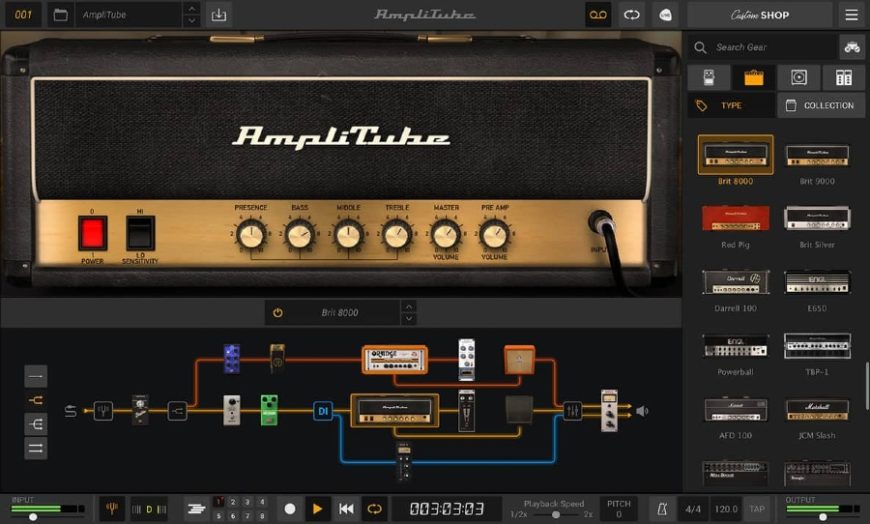 Following a teaser video earlier this week, IK Multimedia have confirmed the release of AmpliTube 5. It promises to be the most extensive version of the flagship guitar and amp suite yet.

AmpliTube is IK Multimedia’s revered amplifier simulation and gear modelling software. It’s become renowned for its depth and hyper realistic tones. The graphics and user interface have been integral to the software’s appeal in the past and to this end, it has an entirely revamped look that is scalable and supports Retina display. There are a staggering 129 new models meaning that AmpliTube 5 houses over 400 amps. IK Multimedia has introduced the all new Volumetric Impulse Response (VIR) to create more authentic responses and dynamics. VIR offers up a three-dimensional grid interface for precise microphone placement. A new mixer has also been added to easily blend cabs, mics and DI sound with 19 new effects.

There are 4 different versions available, depending on your price range and how much gear you need access to. There is a free version called AmpliTube 5 CS with 39 different pedals, amps, cabs, speaks and racks for you to try out.

To find out more about the upcoming AmpliTube 5 release go to the IK Multimedia website.