In August 1993, photographer Jesse Frohman was commissioned to shoot Nirvana for what would be the last professional session with Kurt Cobain. See the photos below.

In August 1993, photographer Jesse Frohman was commissioned to shoot Nirvana in New York preceding the release of In Utero.

The photos would go down in history as some of the most iconic of Kurt Cobain; partly because they are a compelling observation of the frontman at the height of Nirvana’s success and in the deepest depths of inner turmoil, and partly because they would be the last shots any professional photographer took of him. Cobain would end his own life three months later. In 2014, Frohman collated the photos in a book called Kurt Cobain: The Last Session – a beautiful monochrome tome with that epochal shot of Kurt gracing the cover wearing his white Jackie Onassis glasses and leopard print cardigan.

In the press run following the book’s release, Frohman spoke with a number of publications about the experience of shooting what would go on the be most renowned and influential session of his career.

Speaking with Rolling Stone, he remembers:

“It was a very unique shoot. Kurt showed up three hours late to the shoot, and the shoot was in his hotel. We originally planned for the shoot to take place outside in Central Park. I had a van all packed up with equipment and when we arrived, we met the manager in the lobby, and he said, ‘We have to shoot in the hotel.’ He arranged for a conference room in the basement of the hotel for us, and he said, ‘Go check it out,’ and unfortunately didn’t offer any other options if it didn’t work out. We didn’t have that much room. We waited for Kurt, and Dave [Grohl] and Krist [Novoselic] came down, and there was no Kurt. And they left, and they came back two hours later, there was no Kurt.

“Eventually, at least three hours later than originally scheduled, Kurt came down. He was very quiet and he was wearing these white Jackie O glasses with his chin down to his chest, and he asked for a bucket. And I said, ‘Sure, we have a bucket. What do you need a bucket for?’ And he said, ”Cause I think I’m gonna puke.’ And that was my introduction to Kurt.”

But Frohman also recalls, despite his emotional and physical fragility at the time, Kurt was unfailingly considerate and to both him and his fans during the session.

See some of Frohman’s photos below. 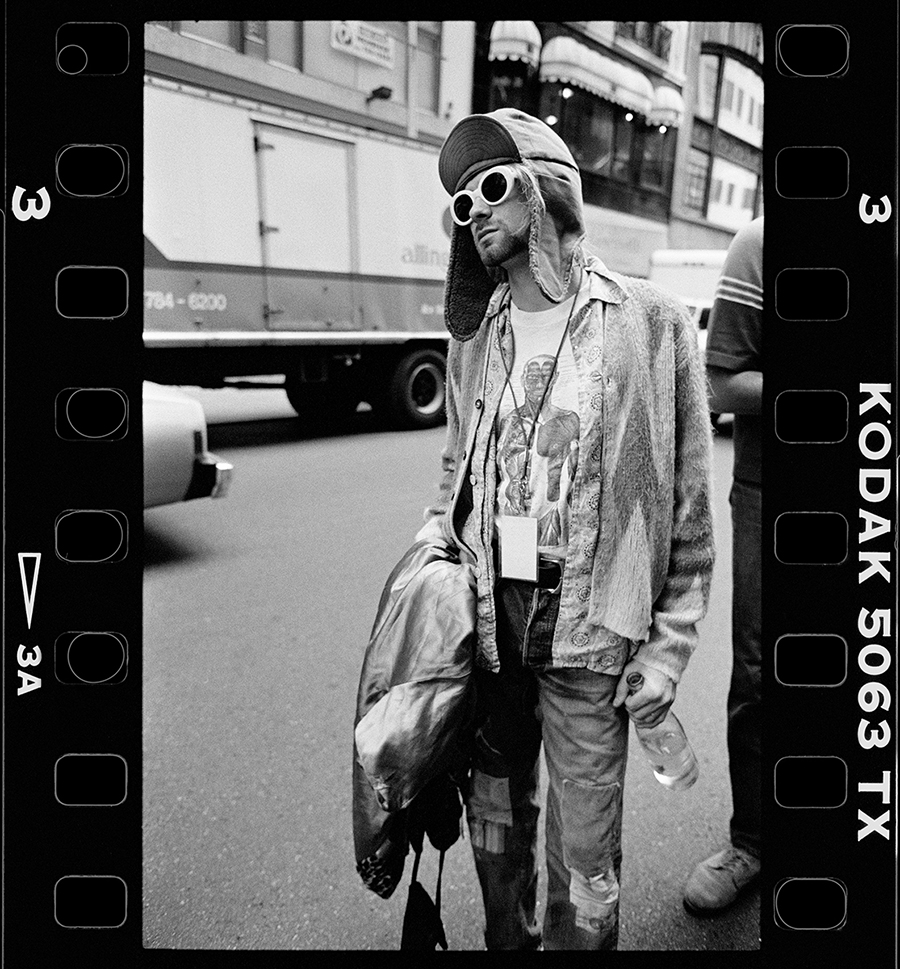