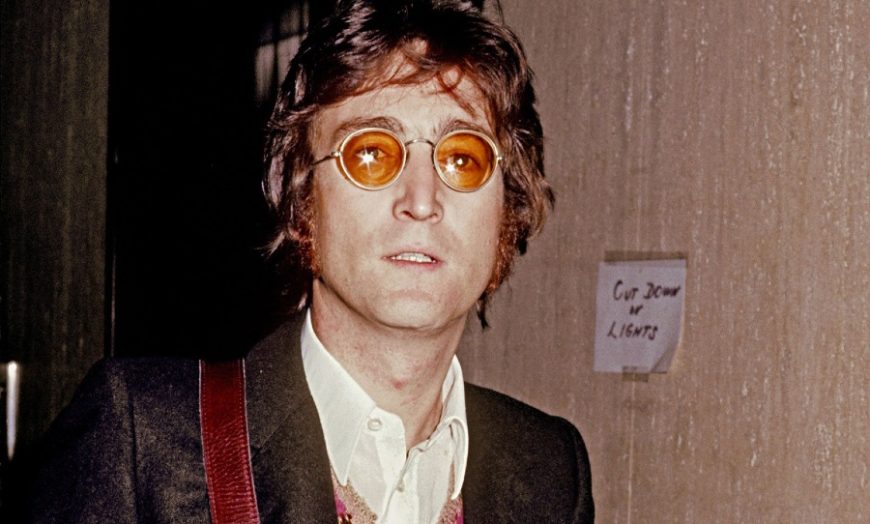 As many around the world remember John Lennon on the 40th anniversary of his death, the first journalist on the scene recounts the tragic day one of the most inspiring musicians was taken from us.

Forty years ago, one of the most talented and influential musicians to ever exist was tragically stolen from the hearts of many, and still, all these years later, John Lennon remains as inspiring and crucial in music creation as he was in 1980.

On 8 December 1980, Lennon was shot and killed while heading home to his Dakota Apartment in New York. Tom Brook, a young BBC journalist at the time, was the first to report live from the scene. Now, forty years later, he’s reflected on how the death of John Lennon has haunted him ever since.

In a piece published by the BBC this week, Brook describes how, following the shooting, he set up in a nearby public phone booth in order to give updates to fellow BBC presenter Brian Redhead.

“I was interviewing some of the hundreds of Lennon fans who were congregating in the street,” he recalls. “Everyone around me was crying, some of the fans were hysterical.”

Brook talks of his love and admiration for the former Beatle, and even how his appearance at the time screamed that of a Lennon follower.

“I was a big Lennon follower myself… I definitely looked like a John Lennon fan. So, yes, I was emotionally pained that night too but I managed not to choke up on air,” he described.

“I will never forget one young woman who said: ‘I feel like I’ve just been punched in the stomach.’ I think her words summed it up perfectly.”

A sad sad day but remembering my friend John with the great joy he brought to the world. I will always be proud and happy to have known and worked with this incredible Scouser! X love Paul#JohnLennon

Two years after Lennon’s death, Brook returned to New York to interview Yoko Ono, who had only just begun to comment on the passing of her husband.

“He’s still alive, he’s still with us, his spirit will go on, you can’t kill a person that easily,” Ono told Brook.

Brook reflected on Ono’s comment, saying “that is perhaps what is most noteworthy 40 years after Lennon died – just how much his spirit is still alive in terms of the millions of young people who are now migrating to his music.”

Brook is not wrong either, Lennon’s lyrics, music, and overall positive outlook on life itself still remain prominent in so many listeners’ hearts today, and we hope for so many more years to come.

“I have been a broadcast journalist for more than 40 years,” Brook describes. “In that time I have filed more than 3,000 stories for BBC outlets and have interviewed most of the big names in the movie industry.

“But all people want to know about when they meet me is what it was like to cover John Lennon’s death.”

The death of a loved one is a hollowing experience.
After 40 years, Sean, Julian and I still miss him.
'Imagine all the people living life in peace.'
Yoko Ono Lennon#enoughisenough #peace #guncontrolnow #gunviolence #nra #guns #gunsafety #firearms #endgunviolence pic.twitter.com/TsHWuCdu2Y