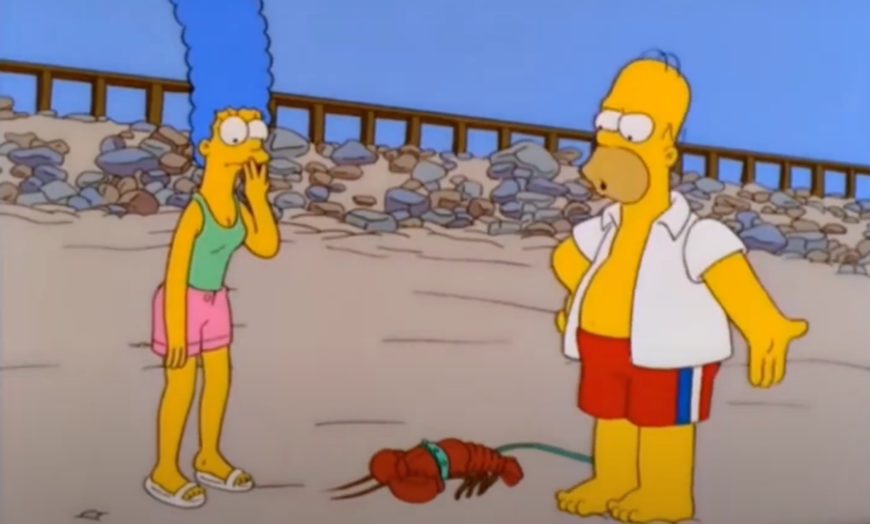 Millions of dollars worth of Australian lobsters are stuck at a Chinese airport and likely to die within 24 hours amid ongoing trade disputes between Australia and China.

Yeah, you read that right. Australian lobsters have become the most recent victim of trade tensions between China and Australia, as more than 20 tonnes of live lobsters remain stuck on a Chinese airport tarmac following ongoing disputes between the two countries.

The Australian Government is aiming to resolve the matter as soon as possible, as an estimated $2 million worth of live lobsters are sitting in tanks on grounded planes at Shanghai Pudong airport.

In the wake of diplomatic tensions over the COVID-19 pandemic, protests in Hong Kong, and tensions in the South China Sea, Australia and China have become locked in a trade dispute which includes exports on timber, coal, beef, barley, and even wine.

However, as China accounts for 95 per cent of Australia’s $750 million lobster export market, concerns are now being raised about the future viability of lobster farming in Western Australia and South Australia – the two heavy-weights in the Australian lobster industry.

B52s could write a song about it

Federal Trade Minister, Simon Birmingham, told the ABC that the Government was seeking more information, but noted that China would be breaching international trading rules if it was discriminating against Australian produce.

“All importers should be subjected to equivalent standards and there should be no discriminatory screening practices,” he said.

“So far as any industry concerns imply a breach of WTO [World Trade Organization] or CHAFTA [China–Australia Free Trade Agreement] commitments, Chinese authorities should rule out the use of any such discriminatory actions.”

In addition to turning the screws on Australia, the move to block Aussie lobster imports will free up the Chinese trade system to import more lobster from the US as required under the US-China Phase 1 trade deal. https://t.co/qQD3IL68I1

The executive officer of the Northern Zone Rock Lobster Fishery in South Australia, Kyri Toumazos, said that the tonnes of lobsters would die if China’s ‘inspections’ are too slow.

“We’re in the process of exporting the most premium-quality lobster of any kind in the world, and we don’t want our brand name influenced,” he told ABC News.

“So we would like that process to be very rapid, and unfortunately, with all the different challenges that we’re facing, that’s not guaranteed. Without China, our market cannot absorb the volume of product that we’re intending to catch, so, unfortunately, we need this issue resolved as quickly as possible otherwise there’ll be enormous impacts.”