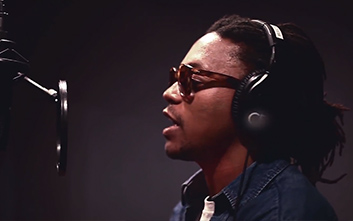 American hip-hop star Lupe Fiasco has guaranteed that 2016 will be a stunner after revealing last night he will be releasing three (3) albums next year. Fiasco made his announcement is a curt Twitter post, revealing that the first of the albums will be titled Drogas.

Attention Lupe Fans: 3 full album releases in 2016. 🙏🏾 #Drogas is up first. Not taking any questions at this time. Thank you.

Lupe Fiasco’s last album Tetsuo & Youth was released in January of this year, a return to form the the rapper who has been seemingly swimming upstream when it came to his last few releases following a troubling relationship with his former record label Atlantic. In fact, some say that Tetsuo & Youth‘s release is owed in part to the hacker group Anonymous, who publicly threatened Atlantic if the album was not given a release date.

This proposed flurry of new creativity bodes well for fans of Lupe Fiasco, so keep your eyes peeled for more news on the trio of releases in the new year.

This story was first seen on Pitchfork.