Overshadowed, under the radar, or tossed aside, here are 10 underrated games to add to your Nintendo Switch collection.

Home to many popular franchises and characters, the Nintendo Switch has become the ultimate stay-at-home companion. With literally thousands of games on the Switch, it’s a shame that so many amazing titles have to sit there gathering virtual dust.

It’s time we set aside the adorable red plumber – he’s got a whole 35 year anniversary thing to himself anyway. Sit back and let us introduce to you 10 games you might not have played yet, in alphabetical order. 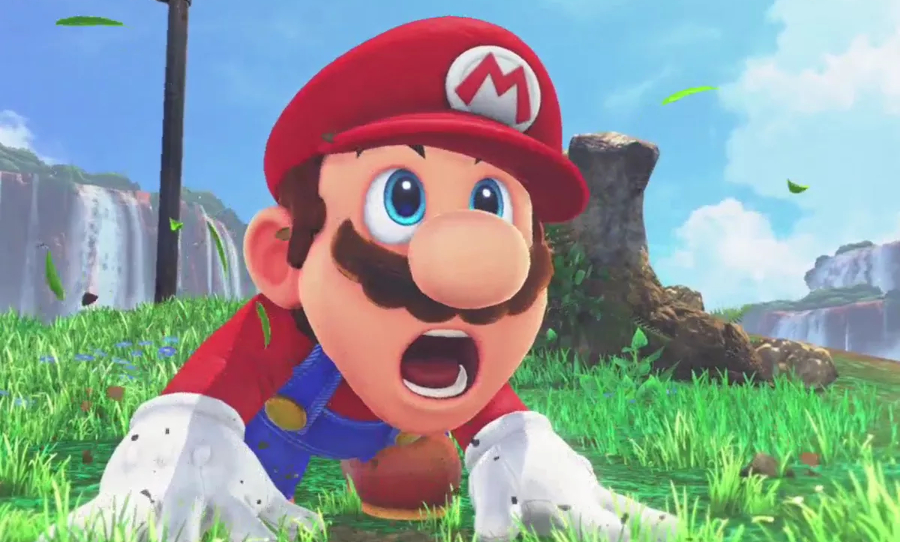 Arms did get a moment in the limelight after getting a DLC fighter in Super Smash Bros. Ultimate. Heck, it’s even a part of Nintendo’s exclusive offer with their e-store vouchers. But you wouldn’t be the only one that has completely disregarded this game.

Whilst Arms is a brilliantly intuitive fighting game, many would soon forget this title after being dazzled by the likes of The Legend of Zelda: Breath of the Wild or the popular Mario titles that shared the same release year. With no grand storyline, one would easily mistake this for yet another B-grade button masher.

Often compared to Super Smash Bros. Ultimate and Splatoon 2 in terms of style and concept, Arms might seem underwhelming. However, the gameplay is a huge selling point that’s often hard to convey without actually experiencing it yourself.

It isn’t a fighting game that requires hours of tedious pattern recognition, nor is it a party game where you mash buttons to win — the game mechanics revolve around the concept of boxing instead. It looks wacky, but you should just think of it as the flavourful alternative to Punch-Out!! that’s been tuned for the 21st century. With simple, intuitive controls and a high skill cap, both seasoned and new gamers can enjoy the rushes of adrenaline Arms will bring.

This is another one of Nintendo’s exclusive games that didn’t get its moment in the spotlight (don’t worry, we’ll get to the smaller games in a sec), but definitely should have. Following a similar fate to Arms, Astral Chain  just couldn’t compete with the rest of Nintendo’s impressive line-up, even if some of them are all bark but no bite (I’m looking at you, Luigi’s Mansion 3).

Despite Platinum Games being the genius developer behind Nier: Automata, the 2019 release of their latest project went almost unnoticed. Although to be fair, their own Bayonetta franchise was one of the titans that made Nintendo fans forget about Astral Chain.

This action hack-and-slash game developed by Nintendo and Platinum Games was created with the designer from Nier: Automata, the supervisor from Devil May Cry and Bayonetta, and included characters designed by the veteran manga artist, Masakazu Katsura. Everything about this game is top-tiered in terms of quality — the anime-styled graphics and voice acting create an immersive environment with a compelling storyline to tie it all together.

The combat mechanics makes full use of both joy-cons as the player gets to control their character in addition to a ‘Legion’ (your cyberpunk robot/ghost summon) to fight together in tandem. As golden a combo as cup ramen and 2am, this game pairs its storyline with exciting gameplay to stimulate the senses. Plus, you can experience the game in its original Japanese through settings off the main menu.

Banner of the Maid

Banner of the Maid is a turn-based RPG with gameplay resembling the Fire Emblem franchise. Its storyline is heavily inspired, as it re-imagines the French Revolution with fantasy elements (history nerds beware). The game mechanics are surprisingly different from Fire Emblem; the class systems and combat more reminiscent of the older Final Fantasy Tactics from the Nintendo DS.

An unexpected but welcome trip to those nostalgic times, Banner of the Maid plays like the unofficial successor to a classic franchise, for those who didn’t enjoy Final Fantasy Tactics: The War of the Lions.

Overall, this punches above its weight fir a relatively low price tag. As it’s often on sale, we’d recommend nabbing it when it dips towards that $10-15 mark rather than its usual $25.99.

Perhaps some of the older gamers will be familiar with Digimon, but many of those from the younger generations will prefer the much more commercially successful Pokemon franchise. Despite its similarities, Digimon sets itself apart by targeting a slightly older audience with more storytelling substance and a catchier theme song – there, I said it.

But at the end of the day, who doesn’t want to be the very best? It’s no surprise that Digimon never made it to Nintendo’s centre stage despite being just as good as its long-time rival.

What we love about this game is that it doesn’t hinge off the success of its franchise. Cyber Sleuth adapts to the Digimon universe with original characters and storytelling, meaning anyone could enjoy the game without any prior knowledge. The combat system contains more different moves, status conditions, and a plethora of effects which adds a greater element of variety when compared to its pocket monster counter-part.

Whilst many would side with Pokemon over Digimon, the Sword and Shield titles pales in comparison to Cyber Sleuth despite the difference in popularity.

Drawngeon : Dungeons of Ink and Paper

Another hidden gem tucked away, simply buried under the Nintendo Switch’s library of games. Drawngeon is old school in both art and gameplay, hitting that sweet niche some gamers can’t say no to. The art style is definitely unique, presenting a dungeon crawler with pen-and-paper visuals – another point of proof that games can look impressive without a massive budget.

The HUD is nice and simple, resembling a character sheet from a session of Dungeons and Dragons. Whilst the unembellished style is enough to let anyone start the game without a hitch, the innovation and little surprises are enough to make you want to return for more.

This game is something to boot up whenever you don’t feel like starting another 80-hour adventure. Bite-sized and cheap (under $5 when it’s on sale), Drawngeon will be a welcome addition to anyone’s library if you’re looking for something less intense.

There’s a certain appeal with these smaller games that seem to just hit the right spots. Downwell is another old school title that sells beauty in simplicity, or compelling gameplay over high budget art.

A vertical shooter-scroller where you shoot or stomp on your enemies without getting hit seems basic, but don’t let that deceive you. There’s a satisfying variety in enemy types and guns to choose from, with permanent upgrades upon clearing each level. In a game where the only controls are left, right, jump, and shoot, the level of variability is incredible.

Our favourite part of Downwell is the degree of control you have over your play styles. This game rewards risks in the form of Gem Highs – ramp up a combo by killing foes without a pause to get a nifty bonus in damage and range. Of course, one could dissect each section of the level and approach it with method and precision, it’s just that we couldn’t help but get tempted by the sweet pleasure of racing through each floor.

Best of all, the game is only $4.50 on the Nintendo e-store, even without a sale.

Right, one last older feeling game before we return to the 21st century. Gata Roboto is another itty-bitty title packing a massive punch. You get to play as an innocent looking kitty piloting mechas against giant robots in an homage to the nostalgic Metroidvania style.

The concept feels closer to the Metroid series as we aren’t exactly getting those Castlevania vibes, yet the gameplay feels extremely similar to the Mega Man titles.

Gato Roboto is an amalgamation of some of our favourite retro gaming tropes strung together by the surreal nature of a cute kitty mecha. Relive the early 20th century for a reasonable price of $12.99.

Mary Skelter 2 is perhaps a game you play at 12am by yourself. Idea Factory/Compile Heart are developers that are notorious for taking on popular JRPG tropes and adding their own touch to it. Apart from adding voice-overs in addition to the high-tiered anime art, the gameplay is impressive – it’s truly a guilty pleasure that’s both entertaining and exhilarating.

The game resembles the older Shin Megami Tensei titles, acting a unique twist to their Strange Journey release on the NDS. The basic concept is traditional and fairly simple: players compose a team of unique classes, items, and abilities to take on a series of foes. The juicy aspect of the gameplay revolves around the seemingly immortal boss battles that chase you, adding a welcome sense of immersion for a turn-based RPG (imagine getting spooked by a turn-based game). Furthermore, this game features a hellish twist on the classic Alice in Wonderland style, creating an unforgettable in-game environment.

The game is incredibly generous with free content, offering players two bonus classes and items through DLC downloads. Additionally, Mary Skelter is completely free, and the prequel is given to you as a DLC at no extra cost if you buy the second main-game title on the Nintendo Switch e-store.

As the game is rated R, please note that it contains suggestive scenes suitable for a adult audiences (there aren’t any full-on explicit scenes, fair play to Nintendo for wanting to stay on the safe side). The game also features a couple of A-list voice actors in both the Japanese and English cast.

Caught between the fame of Stardew Valley and Animal Crossing: New Horizons, Nintendo didn’t even bother giving Rune Factory 4 Special a welcome trailer onto the Nintendo Switch, and fans of the franchise might have disregarded this game as they would’ve played it on the 3DS already. Although it’s debatable whether or not someone should buy another copy of the game on another platform, it is worth noting that the Switch port contains a new difficulty and game mode, plus bonus cutscenes and episodes.

The game is very similar to Stardew Valley in the sense that there is progression, although Rune Factory 4 Special features more than just pixel art with plenty of content to explore.

A rival to Animal Crossing, this is a beautiful alternative for fans of the farming simulation genre. The game is also expecting its fifth main-title sequel sometime this year, so we totally understand it if you just want to wait for that instead.

Maybe all these titles from Japan aren’t your thing, but that’s alright, this last pick gives out strong Lovecraft vibes. Sunless Sea: Zubmariner Edition features a creepy yet tasteful atmosphere that’s anything but anime.

An interesting cross between survival and exploration genres, the game reminds us of the same sensations we experienced from Subnautica. That eerie feeling of being alone (but not truly alone) showed that an engaging story could be told without the need for a whole bunch of side characters. Constantly on edge and afraid, the game incorporates rogue-like elements, encouraging players to learn from their inevitable in-game deaths.

The Sunless Sea tagline, “LOSE YOUR MIND. EAT YOUR CREW. DIE.” captures the essence of the game perfectly and we’d recommend it to anyone seeking a thrilling experience – one that’s given by a well-crafted sequences rather than adrenaline alone.