We’ve all done it. Sat up real straight, furrowed the brow, spaced out the gaze and delivered a moving and inspired rendition of Black Fingernails, Red Wine or at least the first 11 words of it.

Then there’s something about going underground; but suffice to say, Eskimo Joe and their vocals man Kav Temperley know how to whip up a gravely, earthy tune. With his new single Dancin’ – his first under his solo moniker – we’re in for a trip the kinsfolk of the 60s would have rolled their best for. Eskimo Joe’s Kav Temperley leaves alt-rock in the past and dives straight into the fresh funky tunes with 60s-soaked new single, Dancin’.

In the musical cosmos there’s alt rock, that which is similar to rock, and there is simply, not alt rock. Black Fingers, Red Wine is and forever will be in camp alt-rock, it’s flag valiantly guiding the ships to anti-establishment nirvana. Dancin’ is not alt rock.

It’s important to know this as you delve in. It could be easy for early fans to freak the hell out, bail, get their heads around a radio and creep about. But a simple exercise of swapping the image of shadows, kidnapping and dark cars with a fusion of Bob Dylan, light funk, the 70s, some Scissor Sisters and a really good groove and you’ll have Dancin’ right where it needs to be.

Dancin’ is packed with funk beats, all light and breezy in a sanguine sort of way. Temperley brings it all home with a voice of crackly, blissed-out goodness, with just a smidge of husky, 60s-esque wiles.

Coming from left field triangle, the track is bold and vivacious with unmistakable dose of freshness in the mix. There be no drama up in Dancin’, just a whole lot of relaxation – no weed necessary.

Lyrical guitars, whirring and hooking bring the happiness – funking right to the heart. It gets you right in the middle of the chest. The epicenter of where funk causes the shoulder to shimmy -shimmy real hard.

Dancin’ is a light song. Treat it as that, and it will groove on just fine.

It’s for Friday at 6pm when you’ve just got home for work. Pop it on the wireless as you’re taking off your suit jacket or knitted cardigan. It is the harbinger of a good. It speaks of bright skies and that moment when you say ‘fuck it’ and simply shrug off the throes of life. It is fiendishly catchy, only taking a few listens for hooks and guitar lines to become embroiled in your brain. And you’ll be better off for having heard it.

Kav is heading out on tour this September too. Check out the tour dates below and purchase your tickets here! 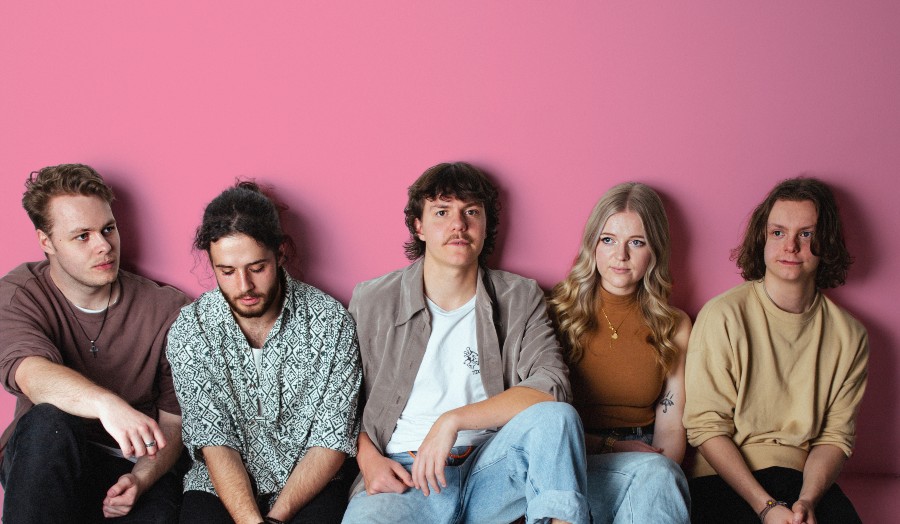