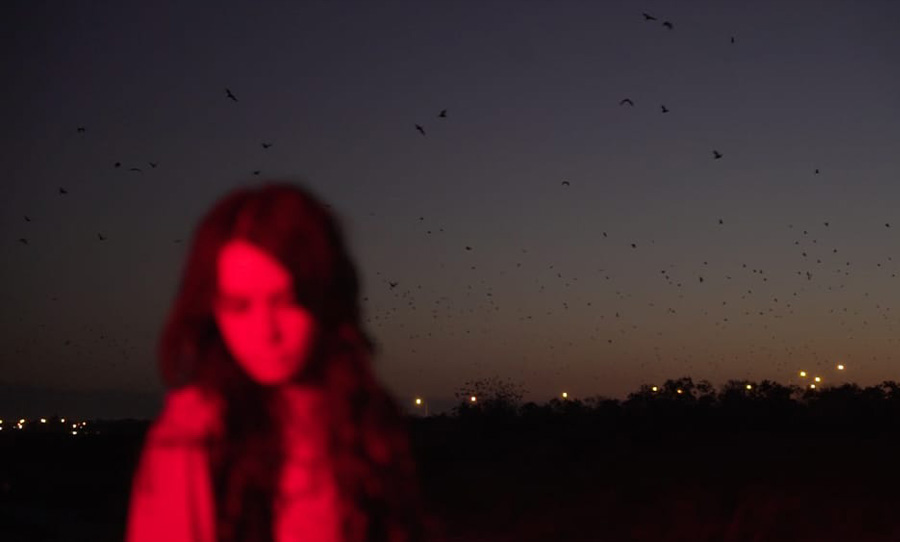 It’s tense watching, with plenty of audio and visual references to the supernatural. Dracula is slickly produced, carried by powerful vocals and features an immensely addictive, eerie chorus – we know you’ll be listening to this one on repeat for the rest of the day.

MOANA’s video for Dracula is an aesthetically captivating treat, cutting between references to the dark, Gothic and supernatural, as well as the beauty and wonderment of the natural world.

MOANA is the project of front woman Moana Mayatrix, who has been hailed “one of Australia’s fiercest front women” by triple j’s Gemma Pike.

Sonically, the band have been known to push boundaries and truly defy classification. MOANA brings together their influences, from experimental art, to theatre, costuming, to metal, psychedelic rock and spoken word, creating an immersive experience that encompasses all forms of media and engages the senses on all levels.

Singer Moana says that Dracula is “a mix of our dark experimental-ness with heavy rock choruses and an epic guitar solo.”

“I’d say it’s not directly about vampires but more so an exploration of vampire mythology and the allure of the dark side, much like being seduced by a Bram Stoker character.”

As for the video clip, Moana shared she and long-time collaborator Luna Laure “had a lot of fun exploring vampire conventions and flipping them on their head in the costumes and styling.”

“It was sunrise and sunsets for four days scheduling our time around the epic low tides in the area, and by stroke of serendipity we had four twilights where hundreds of bats flew overhead heading out to hunt. They hadn’t been doing that until I arrived… pretty magic.”

Dracula is out now on all streaming platforms. Catch MOANA launching the new single this Saturday in Perth: