Simple and utterly infectious The Vacant Smiles know how to turn out raw unbridled rock. Formed from high school friends inspired by the DIY attitude fast and primitive three-chord aggression of 60s garage, the Melbourne quartet channel the electricity of their predecessors into their own adrenaline charged tracks. 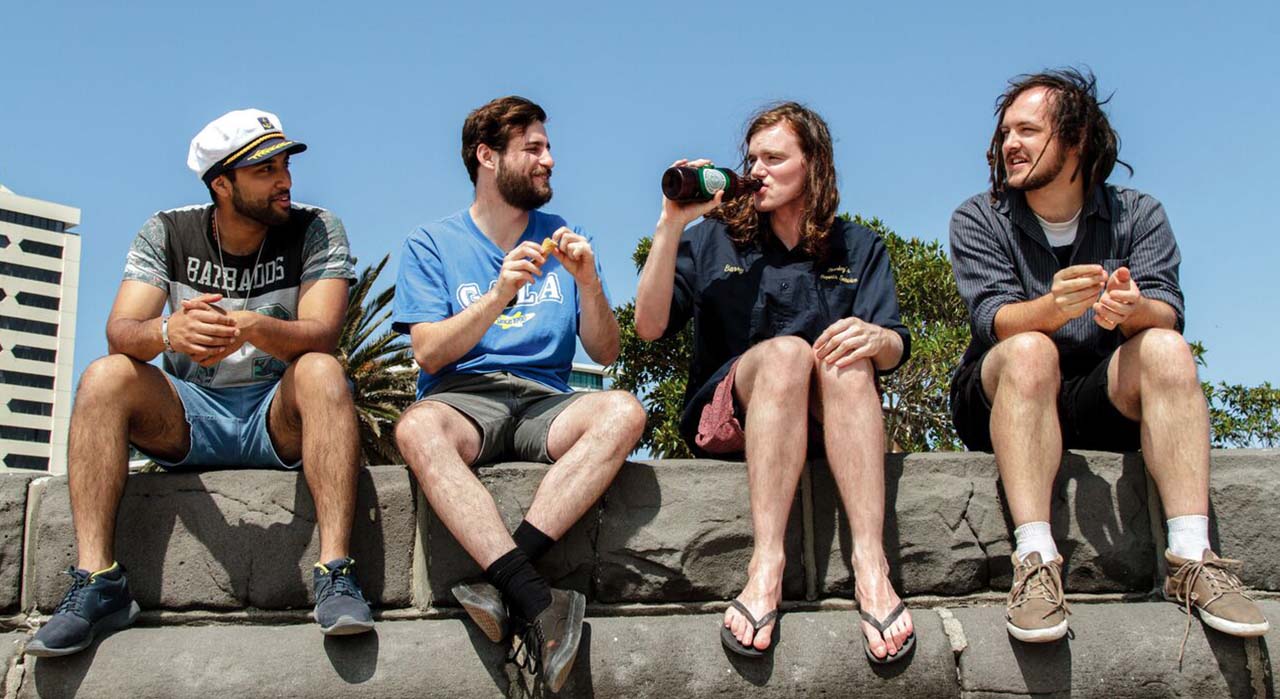 Crashing your party with a barrage of untamed garage rock, Melbourne’s The Vacant Smiles are a cacophony of noise and good times on Lemmings.

The group’s current line-up comprises of guitarist-vocalists James Lynch and Seamus Whelan, bassist Francis Tait as well as percussionist Aaron Pinto. Taking some cues from the seminal garage compilations like Nuggets and the psych-infused sounds of King Gizzard and Lizard Wizard and Ty Segal, the four dropped their debut album Stupid Music in 2013. A jumble of fuzzed-out surf rock like Benny’s Bit and more emotive numbers like Cynics, the album set the template for the group’s signature garage sound. The Vacant Smiles have since been taking time to develop new tracks for follow-up LP You’re Not Really Here.

Driven by attitude and sheer excitement Lemmings combines earnest lyricisms with surf guitar chords, rolling bass lines and pummelling drum patterns. While the lyrics might not dig too deep, attitude and ragged lo-fi charm carry the day. The second single from the group’s forthcoming album, the track draws inspiration from the feeling of guilty pleasure we experience when we cast off our burdens and embrace living in the moment.

Whether it’s a bad hangover or some equally decadent indulgence, we’ve all had moments where we have thrown caution to the wind and indulged the ‘lemmings’ inside our brain. But as the track’s lemming analogy sagely reminds us, it’s a proclivity common to the human condition.

Opening with a crashing barrage of noise, Lemmings bristles with an infectiously restless energy. Not giving a movement for pause or respite the track proceeds at full throttle, reaching fever pitch with a climactically amped-up drum break and a jangly proto-psychedelic solo.

Bouncy, yet hard hitting rhythms make for an excellent dance tune. Befitting of an exhortation to let loose the track encourages the listener to get involved with chorused vocals and catchy hooks. Up-tempo rhythms combine with warm vocals and insistent riffs to weave some truly invigorating upbeat vibes. Hitting all the marks, The Vacant Smiles cut a gleaming garage gem.

For those looking to catch the band live, the quartet will be launching their new single at Melbourne’s Catfish on Friday the 27th of November with some help from the Bleeding Flares, Sun Bazel and Cosmos.

The group’s second LP You’re Not Really Here will be dropping in January 2016.