The Pulp Fiction cast | Where are they now?
Skip to content
[gtranslate]
MP Real talk, the Pulp Fiction cast is about as iconic as the film itself. So, what have these culturally pertinent figures been up to since the films’ 1994 release?

Ah, the ’90s. Pokémon, Nirvana, the internet, an increasing sense of existential dread… And Pulp Fiction. A film so sharp, so innovative, and so quotable, it remains a rite of passage for any serious film buff. The non-linear, patchwork storytelling was detailed and intricate, but Tarantino’s signature low-culture style made the film a thrill ride. When French novelist Gustave Flaubert longed for a book “held together by the internal strength of its style”, I’m sure he would have given Pulp Fiction its due.

Anyway, I’m beginning to sound like an amateur film student, so let’s get back to the topic at hand. In celebration of this ’90s relic, we’re commemorating the Pulp Fiction cast that brought the script to life: Where they’ve been, what projects they’ve worked on, and any other tasty morsels we found interesting.

The foxy Mia Wallace was an unforgettable figure in the PF universe. Her coke-fuelled philosophies, kindred spirit, and fearless dance moves made her a femme-fatale of the highest calibre. We owe it all to Uma Thurman, the actor Tarantino referred to as his ‘muse’. However, as you may already know, Thurman has been subjected to some unforgivable behaviour in her Hollywood career. In a 2018 interview with the New York Times, she discussed the disturbing attacks she received from convicted sex-offender Harvey Weinstein, a former film producer who used his power in the industry to manipulate and assault women.

“The complicated feeling I have about Harvey is how bad I feel about all the women that were attacked after I was”, Thurman reflected.

Quentin Tarantino and Uma Thurman on the set of Pulp Fiction. pic.twitter.com/1t98Iqhfzs

Tarantino definitely isn’t off the hook either. He turned a blind eye to Weinstein’s misconduct, working with him for decades before admitting, “I knew enough to do more than what I did”. Tarantino also has a sadistic track record, especially when it comes to the filming of Kill Bill (starring Uma Thurman). For a car chase scene, he asked Thurman to drive a blue convertible 40miles an hour on a sand road, instead of hiring a stunt double. Thurman described the ride as a “death-box”, and sure enough, it swerved and crashed into a palm tree, leaving Thurman with life-long neck and knee injuries.

“Personally, it has taken me 47 years to stop calling people who are mean to you ‘in love’ with you. It took a long time because I think that as little girls we are conditioned to believe that cruelty and love somehow have a connection and that is like the sort of era that we need to evolve out of”

In spite of these horrific experiences, Thurman has remained an invaluable actor, known for her charisma and unflinching talent.

Hollywood is a fickle friend. One day you can be reeling in stardom, and the next, you can be forgotten by studios, cast aside for younger, trendier talent. This may have been the case for Travolta, who was on the decline ever since the success of his breakouts, Saturday Night Fever (1978) and Grease (1979).

The studio thought Travolta was an unwise choice for Pulp Fiction, instead recommending Willis or Daniel-Day-Lewis, but Tarantino was assured in his decision to cast Travolta. Obviously, the results speak for themselves. While Travolta didn’t win the Golden Globe nomination, his swagger elevated many scenes into watershed moments of cinema, namely, the diner dance-off.

Since PF, Travolta has continued to star in hit films, as well as a role in Netflix TV Series People v. O.J. Simpson: American Crime Story (2016). The actor has also expanded his plane collection, acquiring the ex-Qantas Boeing 707 to the tune of $77 million. That’s right, Travolta is a licenced pilot, so when he needs a lavish vacation, best believe he’s in the cockpit.

Samuel L. Jackson is the highest-grossing actor ever, beloved by all, endlessly quotable, and geared with one behemoth of a reśume. He’s also a bronze winner for the most amount of cursing on-screen, taken out by Leonardo Di Caprio and Jonah Hill (yeah, The Wolf of Wall Street was loaded).

Anyway, when I discovered Jackson only had one Oscar nomination (for PF) and didn’t win, I was quite disappointed. “I should have won that one” Jackson smiled, in a recent interview with The Times. Despite lacking in the trophy apartment, by no fault of his own, Jackson has had just about the most lucrative career an actor could possibly ask for. The amount of iconic cinematic universes Jackson has dabbled in (Star Wars, Die Hard, Marvel) ensures that no matter who you’re talking to, they’re gonna know exactly who the motherfucking dude is.

’90s Hollywood was more or less Willis’s stomping ground following the colossal success of Die Hard. The desired leading-man came with a heavenly price tag and had his pick of the litter when it came to scripts. However, when it came to Pulp Fiction, Willis was apparently dying for a role, only to discover Travolta had beat him to the role of Vincent. Fortunately, the role of Butch was free, because competing actor Matt Dillon has pissed off Tarantino. And with that, audiences got to witness Willis knock out a gimp, amidst other bizarre, high-octane action sequences.

Despite being recognisable for his hard-edged characters, Willis doesn’t take himself too seriously. In 2018, he let celebs roast him on Comedy Central to cringe-inducing effect. The actor also made his Broadway debut in 2015, portraying a writer for an adaptation of Steven King’s Misery.

Sadly, industry rumours suggest that Willis is currently battling memory loss or dementia, starring in as many films as he can before he is unable to work. A quick check of his IMDB reveals that Willis is starring in eleven minor films releasing this year, which could be cause for concern. 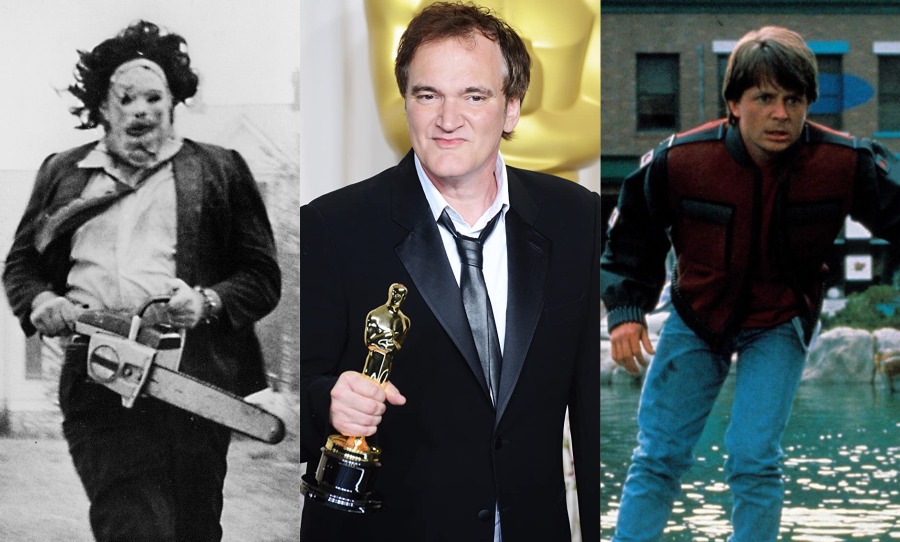 From 'Texas Chainsaw' to 'Back to the Future', here's the seven films Quentin Tarantino says are "perfect"