Join us as we unravel the underdog story that saw a somewhat bland screen-cap from Netflix series Narcos become a viral internet sensation dubbed the ‘waiting meme’.

Long before the success of the waiting meme, the face of Colombian drug lord Pablo Escobar was plastered in more places than it possibly should have been. Of course, there are countless films and TV series depicting his fascinating life; but among the more unusual paraphernalia is the run of ‘Pablo Esky Bruh’ stickers and t-shirts depicting a shaka wielding Escobar posing inside a drink cooler.

Kanye West named his album The Life of Pablo after the cartel leader, and someone in Melbourne even thought it was a good idea to open a burger shop called “Pablo’s Escoburgers” (can that even be considered a pun?).

But perhaps the most recognisable photo of Escobar isn’t actually Pablo himself, but rather, a trifecta of screencaps of an unimpressed Wagner Mourafrom, the actor who played Escobar in the TV series Narcos.

The first known sighting of the Pablo Escobar meme can be tracked back to October 8th, 2016; one month after the 2nd season of Narcos was released on Netflix. An anonymous meme generator uploaded a three-panel image of the series’ star waiting miserably in a selection of locations.

Three days later, a Reddit user launched that image into circulation by posting that badboy to the subreddit r/oneplus, captioned: “When you bought oneplus 3 but the site says ‘pending shipment'”.

Despite the niche-ness of the OnePlus advocate community, the meme gathered enough attention to make it’s way into the rather mainstream r/AdviceAnimals subreddit. This time the caption read: “When you watched the leaked episode and now have to wait for 10 days instead of 7.”

But the day the Pablo Escobar waiting meme became an internet staple was February 5th, 2018, when it snuck its way into the subreddit r/funny. This is probably the variation you’ve seen the most, titled: “When that co-worker you always eat lunch with is sick…”. The original post received 40,000 points on Reddit and ended up on most of your social media feeds as a result.

The many moons of waiting

Since its humble beginnings, the waiting meme has evolved into many formats including the waiting for package meme, wait wait wait meme, narcos meme, guy waiting meme, various skeletons doing various things, what are you waiting for meme, underdog meme, wait what meme, SpongeBob Squarepants questioning his existence in a Bikini Bottom diner, Quinton Tarantino wandering aimlessly around a house, and Mr. Bean waiting for yonks to be picked up by a moped. 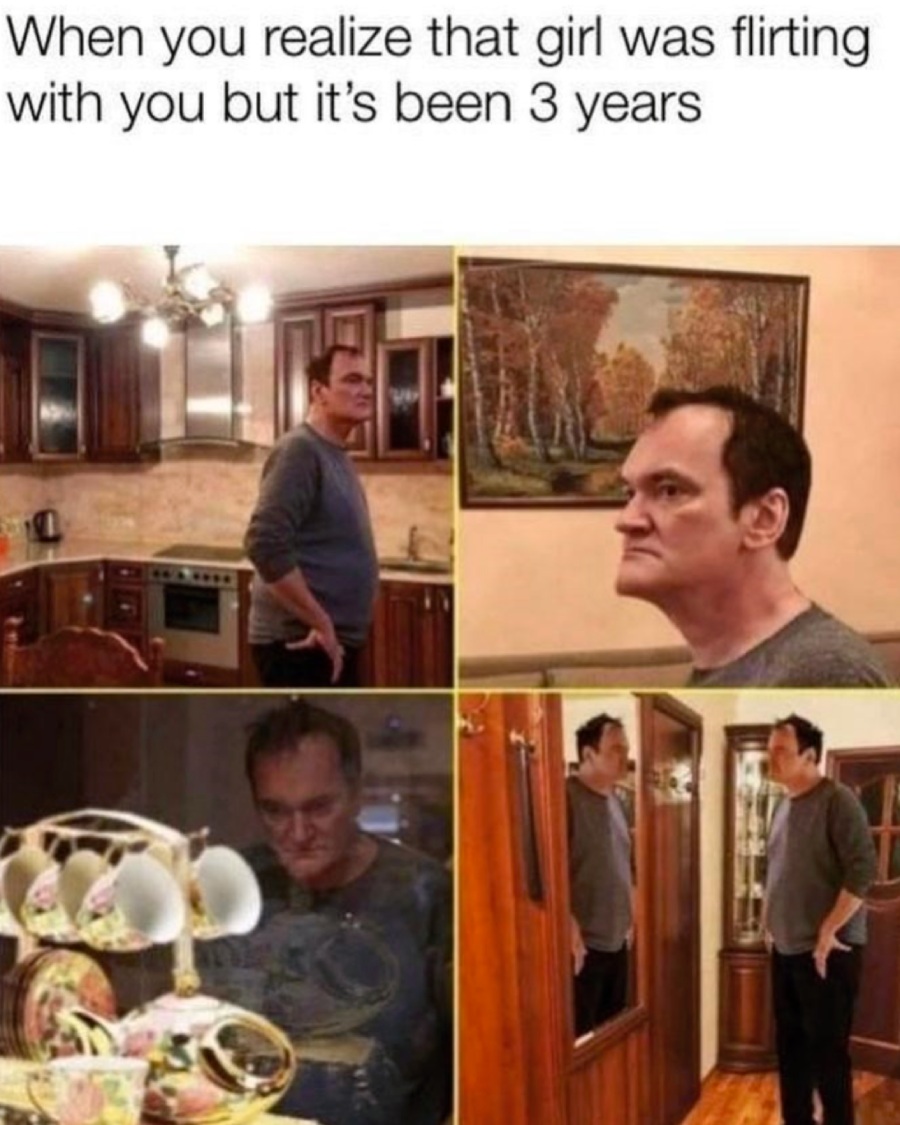 Another early variation of waiting memes, as many things do, originated on 4Chan, from an image of a skeleton lying across a red velvet sofa with text that read, “OP will surely deliver/Let’s just wait”.

Often, the meme is nothing more than one of these templates, captioned, “waiting for (insert variable),” or “when (insert variable) doesn’t happen,” yet somehow, it has been an internet staple for years.

So how did such a simple meme become so popular?

Well, there’s a high chance you’re only reading this article because you’re waiting for something. Be it a bus, a train, or simply waiting for the world to change (we’re looking at you John Mayer), waiting is something relatable to literally everyone.

Since the birth of pop culture (aka. May 24, 2013, the day Flappy Bird was uploaded to the App Store), waiting has been a chronic theme. It’s relatable, somewhat amusing, and easy to comedically flash-forward from.

One of cinema’s most iconic scenes was Tom Hanks waiting for a bus, holding a box of chocolates. I’ve never seen Titanic, but that thing goes for three hours so I can pretty much guarantee it involves a fair bit of sitting around.

There’s plenty of waiting in the Billboard charts too. I mean, whoever Gwen Stephanie was singing about in What You Waiting For? must have been doing a shit tonne of it.

People used to love the internet because it was an escape from the real world, so what’s with the obsession with relatability?

Allow us to take you back to the year 2007. A time when people thought “gone viral” meant they needed to head to the closest STD clinic for a check-up.

A man named Jonah Peretti (who happens to be the co-founder and CEO of BuzzFeed) wrote a detailed dissertation revealing his hot-tips for producing popular content. But as it turns out, his trick wasn’t exactly rocket science. In fact, it was pretty much the exact opposite.

So what’s his secret? Look no further than the popular BuzzFeed article, “21 Relatable Tweets You’ll Need to Immediately Tag Yourself in and Comment, ‘Me’ ”.

Peretti built one of the most successful media brands of the 21st century by focussing on the “simplest form of the idea” — something anyone could relate to.

Relatability is the reason people watch cheesy, American, coming of age films. It’s why politicians pretend they enjoy beer, even though it’s painfully obvious that they’re forcing down every sip.

So while the ‘waiting meme’ may be a tad boring, people friggen love it because it makes them say “MOOD”.

Not gonna lie, as a format, the waiting meme is extremely inconsistent. But we searched the dark corners of the web and finally came across seven examples of passable quality. Enjoy.