String instruments are some of the oldest and most popular instruments in history. Ranging from traditional Asian instruments, like the Erhu from China and Koto from Japan, to the electric guitar, they cover a spectacular range of colours and textures.

The orchestral string family is a group of instruments with unmatched homogeneity, combining for a cohesive, rich sound that brings body and soul to the table whenever they’re deployed. We’ve already taken a look at the brass instruments, so now take a look at some of the many ways composers have used string instruments to bolster their music.

String instruments are often the first stop for musicians looking to add depth and variety to music. Take a look at the many ways strings can be employed.

A history of string instruments

The strings were among the first orchestral instruments to take on their modern forms, existing more or less the same today as they were in the early 16th-century. The violin, in particular, found early success, quickly spreading from Italy throughout Europe, in all areas of society.

In the middle of the 17th century, a number of families became renowned for the string instruments, among them the Stradivari family. The Stradivaris produced over 1000 instruments, the majority of which were violins, but also included violas, cellos, and guitars. Approximately 500 of these violins still exist, and regularly sell for millions of dollars; the record for a Stradivarius, adjusted for inflation, is over 26 million dollars.

The viola and cello came together around the same time as the violin—and perhaps because of this the string quartet, consisting of two violins, a viola, and a cello, became one of the most consistently popular chamber arrangements, and is still common today, even in pop music. The double bass didn’t reach the construction of today’s instruments until some time after, but the basics have remained the same. Because of this consistency in tone, style, and construction, the orchestral string family became the heavy lifters of classical music, achieving an unparalleled standard of cohesion.

The orchestral string family is also often extended to include the harp and the piano, although neither are regulars in the orchestra, instead making guest appearances. Also included, though less common still, are other plucked instruments, such as the guitar, lute, and mandolin.

String instruments have developed a range of extended techniques that are used in everything from classical music to the avant-garde to film music. Many of these techniques were pioneered at the very beginning of the instruments’ lives, while others are relatively new advancements.

Some of the most common techniques, as well as some of the earliest developed, are natural and artificial harmonics. Both techniques rely on scientific principles of resonance and produce high-pitched, whistle-like tones when the string is lightly touched at certain points, instead of pressing it down against the fingerboard. This technique appears for the bowed string instruments throughout the history of classical music, but it’s also achievable on guitar, especially on the electric, as well as harp and even piano.

String instruments also have mutes, producing a characteristically mellowed sound. Other sound alterations include the ‘col legno’ direction, which instructs players to strike the strings with the wood of the bow, and ‘sul ponticello’ and ‘sul tasto’ meaning play over the bridge or the fingerboard respectively. These effects are often used to special effect in film music, where they stand-in for the otherworldly.

An exhaustive list of techniques for string instruments would be almost impossible, as composers are ceaseless in their search for new sounds. Andrew Norman’s Pulitzer-nominated work The Companion Guide To Rome for string trio traffics in many of these techniques to considerable effect. It demonstrates both the stunning range of sounds that string instruments can produce, as well as their ability to sing as one body.

String instruments have always been a large player in the world of film music, carrying on their reputation from the outside world. In many cases, existing works have been deployed because their effect couldn’t be replicated. Stanley Kubrick famously scrapped Alex North’s score for 2001: A Space Odyssey in favour of the classical works he’d chosen as temporary music for the film, including György Ligeti’s Atmosphères.

The piece is for full orchestra, but the strings steal the show, creating a dense wall of sound to match the terror of the monolith. Kubrick also turned to Ligeti for his soundtrack to The Shining, as well as works for string orchestra by Krzysztof Penderecki, including Polymorphia, which also appears in The Exorcist.

One of the most famous examples of strings in film music is in Bernard Hermann’s score for Alfred Hitchcock’s Psycho. Hermann, originally reluctant to accept the job due to the film’s reduced budget, relented on Hitchcock’s insistence. The lower budget meant Hermann opted to write only for a string ensemble, as opposed to a full orchestra.

To Hermann, the homogenous string sound mirrored the stark black-and-white monotone of the cinematography, and the string family gave him access to an enormous range of sounds. The strings played muted for almost the entire soundtrack, with one exception – the famous shower scene. Hermann’s use of the strings on the whole soundtrack, though, is one of the clearest demonstrations of the range of the instruments.

Jonny Greenwood, maybe most famous as the lead guitarist of Radiohead, is also a noted composer of film music. His four collaborations with director Paul Thomas Anderson follow on from the precedents set by composers like Ligeti and Penderecki, showing the clear influence of the avant-garde, while also showing a Hermann-esque flair for mystery and romance. Greenwood’s film work consists of material almost entirely for string orchestras, and his score for Phantom Thread earned him an Oscar nomination.

Recently, Hildur Guðnadóttir has become one of the most engaging composers of film music working today. A classically trained cellist, her playing can be heard as a soloist in three of Jóhann Jóhannsson’s scores for Denis Villeneuve, but her crowning achievement so far is her Oscar-winning score for Joker.

The score is for a large orchestra, but treats the cello as a solo instrument throughout, with the rest of the orchestra symbolising the growing madness of the protagonist. Hildur performs on an electric cello that she helped develop for the pivotal bathroom scene, with all the electronic sounds in that cue coming live from the instrument itself.

String instruments were one of the first families to become commonplace in pop music. The associations of strings with classical music, as well as their adaptability in a variety of moods, mean that they’re often the first choice of musicians looking to add depth to their tracks.

In the early ’60s, strings became synonymous with the romance of sentimental pop. Henry Mancini’s film scores often contained crossover pop hits, such as Moon River, from Breakfast At Tiffany’s. The song, which won the Oscar for Best Original Song, and has since been recorded hundreds of times, is notable for Mancini’s distinctive string arrangements.

Around the same time, writers like Burt Bacharach and Brian Wilson of The Beach Boys introduced various classical elements into their songs. Bacharach’s series of hits for Dionne Warwick featured romantic string arrangements which defined the sound of the style, while The Beach Boys’ seminal album Pet Sounds defined the genre of chamber pop.

Perhaps taking the lead from these precedents, strings became prominent in the disco movement of the ’70s. While other elements of disco are probably more distinctive, with drums, bass, and horn fills being especially memorable, the presence of lush string pads and sparkling fills in tracks from groups like Earth, Wind & Fire gave disco its characteristic density and excitement, transforming tracks into performances that felt live, busy, and human. At the same time, the delicate romance and soft edges of the string family can be found in slow burners from groups like The Bee Gees.

On the contemporary side, the presence of strings still signals many of the same ideas; romance, sentiment, but also a nostalgia for other styles, and can serve as a point of reference for musicians working between genres. D’Angelo’s Grammy-winning album Black Messiah features a string section among various disparate elements, combining for a neo-soul sound that is both contemporary and retro.

Björk regularly records and performs with strings in her pursuit of ever more experimental pop sounds, including an acoustic version of her album Vulnicura, which even featured a hybrid viola-harpsichord invented by Leonardo da Vinci. And recently, Jonny Greenwood has translated his film work to his work with Radiohead, with avant-garde strings appearing on recent Radiohead albums.

Ultimately, the addition of strings to any style of music has unlimited potential. From sentimental string underlays to avant-garde gesturing, the string family have the unique ability to create an amazing array of sounds from one homogenous sounding body. For these reasons, the string family will always be the first port of call for many musicians when looking to add variety and depth to their music. 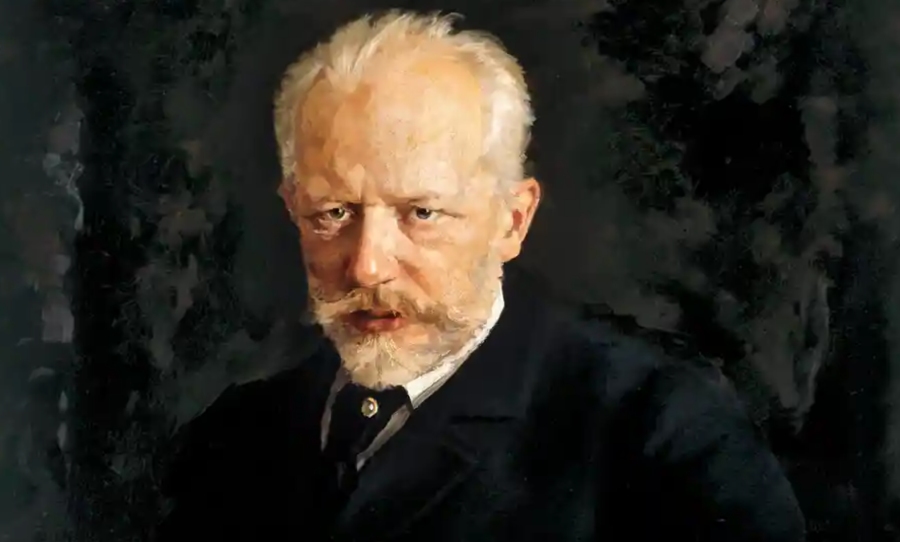 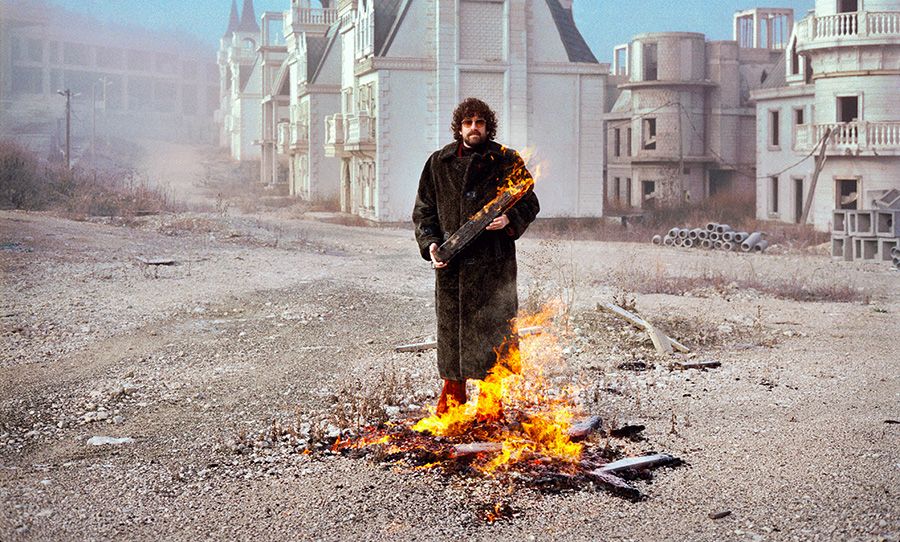