SBMM: what is it, and why are people angry about it?
Skip to content
[gtranslate]
DS SBMM: good idea, or game-killer? Let’s dive into the controversy around it and if it has a future in online multiplayer games.

SBMM — the acronym for Skills-Based Match-Making — sounds like a great idea in theory. Stumble into the online arena and you automatically get pitted against someone of an equivalent skill level. Should make for a fun and challenging gaming experience, right? For many, it does.

But that doesn’t mean it’s perfect for everyone. SBMM isn’t new — but with the recent explosion in massively popular online multiplayer shooters like Fortnite SBMM — it’s becoming a contentious topic. Read on to discover the ins and outs of SBMM and why they are the four letters on every gamer’s lips. 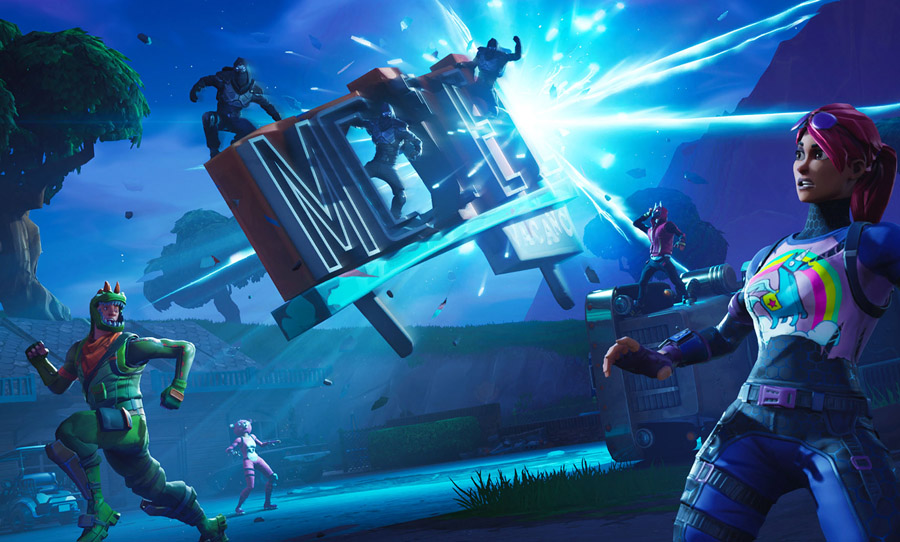 Gaming, just like any other sport, needs guardrails to enhance competition. In most sporting codes around the globe, professional clubs have to adhere to salary caps that prevent the richest clubs from simply buying up all the best players. Decades ago, pro volleyball introduced the position of ‘libero’ to make rallies last longer (I’ll admit to watching, like, a lot of Olympic sports lately). Sports also make minor adjustments to the rules all the time, as the skills, physical attributes, and speed of the game evolves. In other words: it’s all rigged goddamnit! But hopefully in the best way possible.

Similarly, SBMM meaning is designed to create a gaming experience that’s as evenly matched as possible for everyone involved. The ‘lobby’ in gaming parlance, is where you gather with competitors before diving in. It matches players in the lobby on connectivity and location, but also, skill.

Naturally, it’s a boon for novice players. Instead of jumping into public free-for-alls, only to get your ass handed to you every time, you compete with fellow inexperienced players, gradually learning and building up your chops, while staying engaged. Level up and the competitors in the next lobby will be slightly better too. Does Apex have SBMM you might ask? Well, it’s smart business: a steady inflow of new players is the lifeblood of mega titles like Call of Duty, Apex Legends SBMM and Fortnite. The last thing they want to do is turn new players off.

So, all seems rosy with the principle of SBMM Apex right? Well, that’s until you get to a certain level of proficiency and the issue of SBMM becomes a lot more interesting. The beef with SBMM

In the upper echelons of gaming and streaming, SBMM is causing a great deal of angst, on account of a few factors. One is the inability to participate in casual gaming. Jumping into the lobby with bunch of players on your level might work well for less-skilled players, but at the top tier, it’s stressful. The engagement that’s fostered in novice games turns sour in the top 1%: the ways that top players can express themselves is diminished — less exhibition and more competition.

Just a regular day in #BlackOpsColdWar skill based matchmaking. 5/6 opponents are prestige master vs well um…me. So fun. 🙄 If you still do consistently well in high SBMM you get frequent hit jobs like this. Almost won 63-65 anyway. So punishment will only get worse. >_< pic.twitter.com/u2OLDOqm85

Just like in sports at the highest level, negative tactics can also mar the spectacle. Get to the final of any tournament and rather than a battle of who wants to win, it can turn into the battle of who doesn’t want to lose. This negative playstyle was highlighted in a rant by streamer SypherPK in 2020: “With SBMM, if there’s not an aggressor in the game, aka someone who’s actually playing for kills, and not playing to win the World Cup, it always ends in a heal off.”

A heal off is a tactic of attrition in Fortnite, and is best explained in an article by Matt Porter for Dexerto:

“A “heal off” is when players who have made it to the final circle in a match use bandages and medkits continuously while the circle closes in around them. Both players hide in the storm, hoping that they have more healing items than the other, attempting to outlast their opponent rather than challenge them.”

Not exactly the most exciting viewing.

It appears though, that developers have recently taken a more evolved stance on SBMM lately. The upcoming blockbuster FPS Splitgate will employ what the developer 1047 calls “loose SBMM”.

A Goldilocks version of SBMM? Just right for all players? Needless to say, the pressure will be on when Splitgate eventually arrives (as of writing, the launch has been delayed after the virality of its beta release sent its servers into meltdown).

In any case, Splitgate could signal a healthier future for SBMM. If it meets the demands of gamers from both extremes of the skill spectrum, it could set a precedent for online multiplayer games. A great idea in principle could become a perfect one in practice. Is a Fortnite X The Kid LAROI concert in the works?