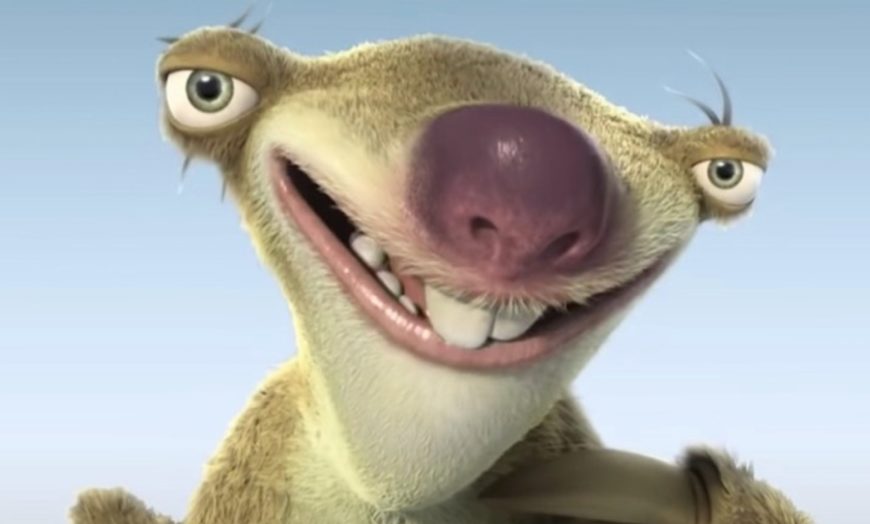 As the film Ice Age celebrates its 20th birthday this year, we take a look at the somewhat funny, somewhat frightening subcultures that have evolved from Sid the sloth.

In the unlikely scenario that you made it through the last 15 years without having to sit through an Ice Age film, first of all; why are you reading this when you know nothing about Sid the sloth? And secondly, god I envy you (unless you’re looking for a sid meme).

If you do fit into that category, Sid the sloth fits snugly into the archetype of comedic relief, playing a dim and extremely annoying accomplice to the film’s protagonists. Despite being a sloth, he only loosely resembles the real animal, with a face for radio and a voice for anything that doesn’t involve much talking. Recently, the internet discovered that the same actor that plays Sid in Ice Age, John Leguizamo, also stars as Bruno Madrigal in the Disney animation Encanto. You might know this already, but it turns out that the same actor also plays leading roles in blockbusters like John Wick, Baz Luhrmann’s Romeo & Juliet, Moulin’ Rouge, and too many others to name.

Regrettably, I took a deep dive into the deepest corners of Sid the sloth subculture and soon realised that the further you look, the darker it gets. So without further ado, let me start by saying…

PLEASE STOP COMPARING YOUR FEET TO SID THE SLOTH

Just because you can, doesn’t mean you should. This is yet another example of people getting way too comfy on the internet.

Yes, your feet look slightly unusual when you separate your toes. Yes, we can’t deny that it looks like Sid from Ice Age. But no, there is no need for you to post this on the internet.

My girlfriend’s foot looks like Sid from Ice Age. from mildlyinteresting

Like, why is this a trend? At least get a bit of cash if you’re going to post pictures of your feet on the internet.

Despite the fact that Sid the sloth is constantly being compared to a bunch of bent-up toes, that hasn’t stopped the internet from sexualising the lispy, prehistoric being.

Unfortunately, I came across a fan fiction story titled, “Sid’s Sexual Adventure,” a rather graphic tale of Sid visiting a gay club, which has racked up close to 1000 views.

Within the first paragraph, Sid was receiving handsome sums of cash to send nudes to Amazon CEO Jeff Bezos. But the novelty had worn off by the time I had to read the words, “‘Get on your handth and kneeth for me baby,’ said Sid in a dominant tone.” And apparently Sid the sloth fan fiction isn’t even a rarity.

No thank you, Mariane.

It isn’t hard to find the Sid the sloth content you don’t want to see, but the things that would be welcome, like some decent memes, are really lacking.

There’s so much untapped potential for Sid the sloth memes, yet the internet just has not latched onto it. Upon my journey into the unknown, I found some decently spicy memes using other characters from Ice Age, but the only Sid memes I came across were dull af. The best meme I could find about Sid the Sloth is this:

It’s not even a meme, it’s a legitimate sid the sloth costume you can buy on Amazon. Sid the sloth meme potential is going to waste here folks!

One of the greatest internet subcultures to emerge from the Ice Age films is hating on the baby from the first film. Various Facebook groups and pages have emerged, dedicated to hating the ‘Ice Age baby’, the most popular of which is a page called “I hate the baby from Ice Age” which has racked up a following of more than 130,000 people.

If by some chance you’ve ended up here on a research adventure looking for the Sid the Sloth voice actor we can tell you it’s none other than the legendary John Leguizamo! But you’ll need another internet deep dive into that one.

The internet is weird and so is this unusually popular character. Thank you for coming to my Ted Talk.