The opening seconds of Free Agent are filled with white noise and a lone, bell-like keyboard before Angie‘s lethal, deadpan voice comes sweeping in. The jarring effect is instant and interminable; from the start it is known that this a lonely record. Perhaps not so much in subject matter, but more so in tone. Free Agent is the perfect title for the second album from Sydney’s Angela Garrick. Dictating that she has found solace, nay embraced, the freedom of solitary songwriting, the album walks us through a scrapbook of Garrrick’s mind. Led by the guiding hand of Straight Arrow‘s Owen Penglis, Angie has written a tearing, sanguine testament to everything that is good and pure about being alone, something we can all take great comfort in. A vivacious metaphorical and literal testament to freedom and self-exploration, the second album from Angie sees her taking her sonic relationship with Owen Penglis to new heights.

Unsurprisingly, the story behind the creation of the album in one streaked with wanderlust and self-reflection. The skeleton of Free Agent was written when Angie was spending time overseas. Pieces began to form when she was in Paris where she wrote the blistering Paris Face. “I’m surrounded by vultures,” she sings as she reflects upon hard life lessons learned in the City of Love, backed by a rumbling garage blast. She continued to soak up her experiences as she travelled throughout Brazil where she wrote the bulk of the album before returning home to Sydney to begin working with Penglis.

It’s irrevocable that Penglis is an integral part to Angie’s sound, something that she no doubt relishes in. Never do the two seem to cross swords, rather, they compliment each other with unmistakable chemistry that emboldens what Angie is trying to express rather that diluting it. She is a prolific artist, both musically and visually, and it seems she uses Penglis’ unmistakable sound as a canvas for her work, and because of this the two work in perfect unison, solitary yet somehow as one.

The most recent single, Down For The Count, is the perfect exemplar of how well the two work together. There is something downtrodden and brooding about the track, no doubt influenced by the ghosts of Garrick’s consciousness, but at the same there is this frolicking rock ‘n’ roll edge to it which tip-toes between uplifting and angsty. Recorded to tape in Penglis’ own studio, the record is obscured by lo-fi haze. But it’s warm and inviting, with familiar 60s fuzz riffs and simple, thudding drum beats flowing throughout the nine tracks, assuring the record never slips into the depths of chilly self-indulgence that comes all too often with solo records.

That being said there are moments on Free Agent that feel so close to Angie that you almost feel intrusive. Tracks like opener Breathing In Blue, closer The Bell Rings True, or the instrumental wail A Man Asleep, feel like stories read off crumpled pieces of paper found in Garrick’s own trash can. Snapshots of contemplation and ghostly reflection permeate the crackly recordings as they float along, unobscured by percussion, free to drift around like spectres in a place without constraints of time or pace.

Lead single Out Of Age sees Angie taking her sound to new heights with a rapturous punk elements driving the tracks three minutes. The wailing riffs and spitting rhythm guitar are right up front in the mix while Angie’s deadpan vocals and the wild, cymbal-heavy drums sit back, allowing hollow reverb to drive the track’s bitter disposition. Crocodile Tears is a helpless ballad, reflective and brittle; “It’s a secret I’ve kept for many years / and I retract my confession,” Angie sings through her stony husk. You get the feeling she is on the verge of spilling everything out, but she doesn’t quite know how to get it out. Instead she plucks at away at a buzzy old guitar, and somehow it say more than her words ever could.

Free Agent is a dynamic album. It’s doesn’t have the crushing relentlessness that ran throughout Turning; the darker moments on the album are delivered with grace rather than anger, making it more accessible than her debut. This, combined with the rolling garage stomp of tracks like Down For The Count and Out Of Age, will find Angie drawing in a new audience, who will no doubt be as enraptured by the whip of her tongue as the fuzzy heartbeat that Penglis provides. It’s an album that sees Angie finding new strengths in old ways; an exploration of self that has driven a bloom of ideas and a flood of inspiration.

Angie is launching Free Agent at the following times and locations: 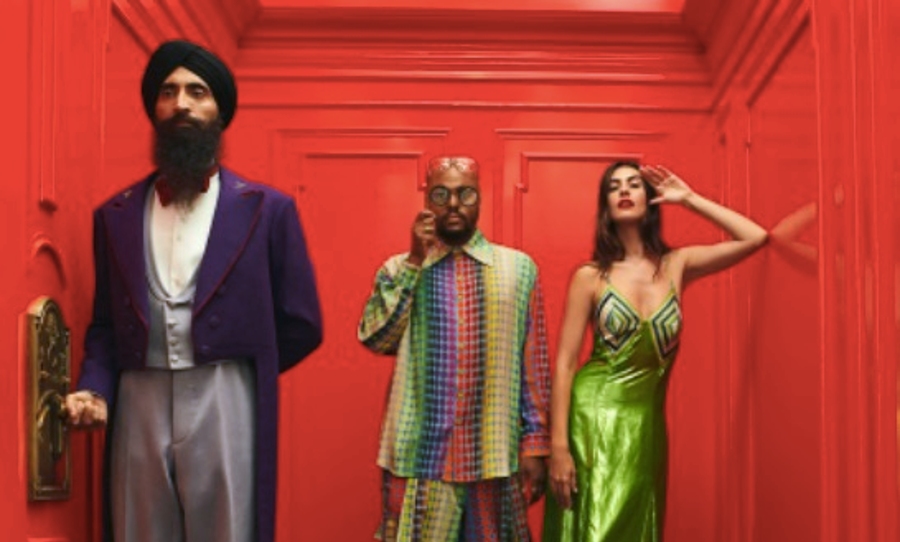