Wheels of Steel: the story of the Technics SL-1200
Skip to content
[gtranslate]
MM 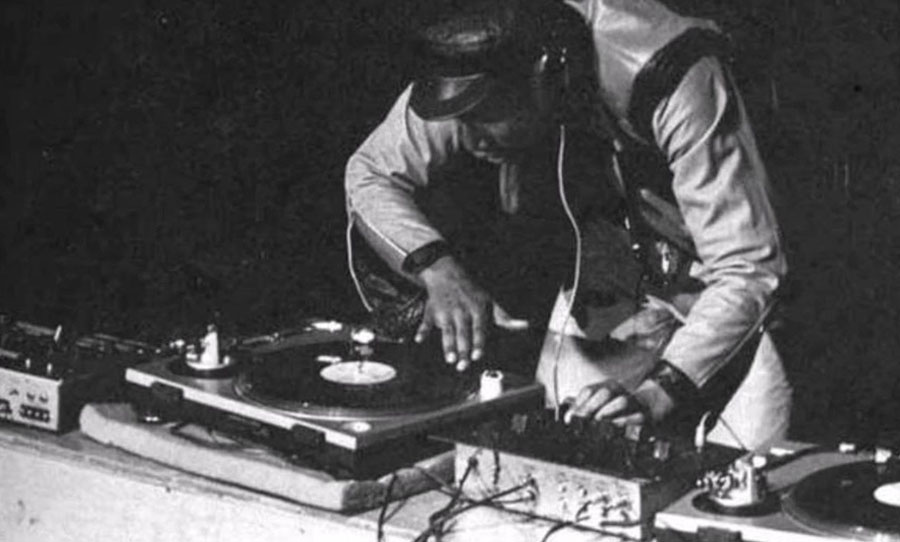 Meet the machine that has influenced a generation of artists and music lovers alike: the Technics SL-1200.

It’s not often that audio equipment (that isn’t a musical instrument or amplifier) becomes an arbiter for an entire cultural movement or musical genre; like how for example the Fairlight synthesizer for electronic music, or like what the Fender Stratocaster did for rock music.

In this case, a record player was the driving force behind a new forms of musical expression- influencing everything from nightclub DJs like Frankie Knuckles of Chicago house fame, to the invention of hip hop and the birth of sampling in the rough and tumble decade of the 1970s. Join me as we ride the wheels of steel and explore the story of the Technics SL-1200 Turntable. Technics as a brand was founded by Matsushita Electric Industrial Corp. (now Panasonic) in 1965, as a producer for audio equipment for both Japan and around the world. The SL-1200 was first released in 1972, with the ubiquitous 1200 MK2 update coming seven years later, in 1979. The second iteration of the SL 1200 included a slider control for pitch, as opposed to the rotary knobs that distinguish the original 1200.

In addition to this useful feature, the 1200 Mk2 has a direct drive motor, where the platter (which in itself is a beast, weighing in at nearly 2kg) is driven by a magnetic electric motor in the Mk2, as opposed to the vast majority of turntables which just utilise a simple belt drive from the motor to the platter.

Because the SL 1200 has a direct drive motor, the high torque of 0.15Nm allows the platter to spin up to 33 1/3 RPM almost instantly (Panasonic claims 0.7 seconds). The fact that the SL’s direct drive system allowed the record to reach its speed almost instantly, along with the weighty platter, it soon allowed the experimentation necessary for new kinds of music.

As the SL-1200 was designed to help correct shortfalls in turntable designs of the time, aside from the prominence of the direct drive motor, the overall structure of the player was built to a high standard, as the original target market for the SL 1200 was high end audio for the home A/V market.

The base (or plinth, to be technical about it) of the player stood on four rubber feet, and was constructed out of a cast alloy material, which helps for stability for both the iconic s-shaped tonearm in case the player is disturbed and interference from any external vibrations.

Even the influence of the SL’s tonearm is significant. Aside from the durability and sound clarity afforded to the listener, to the care put into the SL’s robust design, the tonearm has a secret as well. One thing that you notice using an SL is the heft of the tonearm itself. At 12 grams without the cartiridge, the SL’s tonearm is both long enough (at 230mm) and heavy enough to make sure that any records you play on it don’t end up with nasty scratches from an accidentally skipping tonearm.

It is also quiet enough (with a signal-to-noise ratio of 60dB, and a peak wow and flutter rate of 0.035%) to help aid mixing from one track to another using a pair of SLs, and durable enough thanks to the weight of the arm and high torque motor. The combination of these attributes helped to create new forms of musical expression and could be seen as a tool worth relying on.

The platter itself warrants a further look, especially if you’re an aspiring DJ. Thanks to the fact that Matsushita designed the platter to be a part of the record player’s drive mechanism, the platter worked in conjunction with the electric motor and a ‘quartz synthesizer’. This ensured maximum stability when mixing: no skipping or damaging the record or your equipment. This speed and flexibility not only endeared the SL 1200 to the home audiophile, but to radio DJs and musicians.

Like the SL itself, another musical invention of the 1970s was brought forth into the world thanks to the specs that made the record player so popular among music lovers. While genres like hip hop and disco were born in the early part of the 70s, thanks to the work of people such as David Mancuso, DJ Kool Herc or Afrika Bambaataa- the arrival of the Mk2 revision of the SL in 1979 heralded a reliable platform for mixing vinyl, and was most effective in pairs. A famous example of this use of the SL 1200 comes from New York DJ Grandmaster Flash in one of the earliest examples of mashup music, The Adventures of Grandmaster Flash on the Wheels of Steel (Sugar Hill Records, 1981).

Using the 1200’s capabilities, along with the years of practice in beat matching, Grandmaster Flash was able to use the SL’s features to help create the mashup by matching samples of everything from Rappers Delight by The Sugarhill Gang, to Another One Bites The Dust by Queen. Using these records and the advantages of the SL’s design, Grandmaster Flash created a track that has been credited with creating new terms- ‘turntablism’ and ‘sampling’.

While it’s much simpler nowadays to create sample based music on various DAWs, using a phonograph to beat match several records at once was a revolutionary idea. Yet without the stability offered to the user by the SL-1200 thanks to its simple magnetic direct drive design and robust construction, the world of hip-hop may sound very different.

The effects of the SL’s ingenious design not only made it a favourite for hip hop DJs looking for a reliable partner for beatmatching, it also became a favourite on the nightclub circuit and was co-opted by nightclub DJs looking to improve the quality of their mixes.

When disco and nightclub music took root in the late 1970s, a problem emerged. To keep the party going, DJs would need to replace records fairly regularly, which disrupted the flow of the music from one song to the next. The reason that the SL-1200 became so ubiquitous on the club circuit is because of the seamlessness with which you could move from one track to the next, using a pair of SLs and a mixer.

The stability and tactile nature that the SL offered is something that early house music DJs latched onto, when blending and mixing tracks for the best musical effect. The tactility is what sold house DJs on using the Technics SL 1200 as a primary club rig – aside from regular maintenance for the tone arm and cartridge changes, the SL didn’t need a whole lot of maintenance or mechanical sympathy to keep it spinning.

So, apart from hip hop and club fiends that were falling for the SL-1200, what became of the machine? A mark 3 update of the SL was released in the late eighties, with sporadic updates up until 2010, when Panasonic decided to discontinue the record player thanks to dwindling parts supplies and low sales of both phonographs and records in general.

Thanks to the vinyl resurgence of recent times however, Panasonic decided to resurrect the SL-1200, with some reports the new models of SL selling out in as little as 30 minutes! But with a healthy supply of them on gumtree and the like, would you really buy a new one when the originals are so reliable and come with a dose of lived in retro charm?

I doubt it. So start hunting. There’s bound to be a bargain somewhere out there when you’re searching for the Fender Stratocaster of the phonograph world – a machine that’s played an indispensable role in the creation of music today.