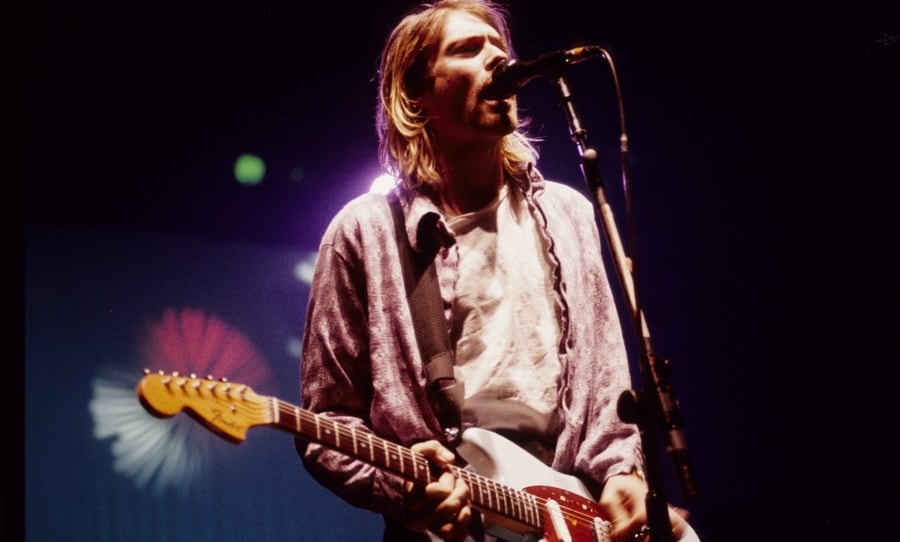 The custom-built Fender Mustang once owned by Kurt Cobain has just sold for around $340, 000 USD, slightly more than his unwashed cardigan, and slightly less than the prediction that was earlier made of half a million dollars.

The custom-built guitar was made in 1993 by a FujiGen employee named Scott Zimmerman and was used by Cobain on Nirvana’s In Utero tour. The custom-built Fender Mustang owned by Kurt Cobain and played during Nirvana’s In Utero tour up until his death has sold for $340,000.

In a funny twist, Cobain himself once came up against a similar price for a guitar. It came out in a story the singer related during Nirvana’s MTV Unplugged performance – the very performance where Cobain wore the now record-breaking cardigan.

Nirvana was playing a traditional folk song in tribute to the famous blues and folk musician, Lead Belly, titled Where Did You Sleep Last Night? Yet before they played the song, Cobain related a story about trying to purchase a guitar that belonged to the legendary musician.

“This guy representing the Leadbelly estate wants to sell me Leadbelly’s guitar for five-hundred thousand dollars,” Cobain incredulously described. “I even asked David Geffen personally if he’d buy it for me.”

Geffen, the president of Nirvana’s label, presumably said no.

Check out Nirvana’s performance of Where Did You Sleep Last Night? below.