Human Buoy – the recording project of Perth artist Ben McDonald – caught our attention last year with his heliotropic debut single Oxygen – a spacious, sun-seeking slice of psych pop. Just as he began to slip our minds, McDonald released another piece of buoyant, off-kilter pop in the guise of his new single, Period of Maximum Excitability, a few weeks back. Now we’re paying attention once again. His music displays torrents of obscure creative tropes, which always intrigues us, so we asked him where it all stems from. To an idea of where his creativity stems from, we asked Human Buoy about the people, places and gear that gets his juices flowing.

The first time I visited Holland I fell in love with it. Not just the coffee shops and common tourist attractions, but the general atmosphere and mood of it. The buildings look like you could just reach out, break a bit off and gobble them down like a ginger snap cookie. I felt like Dutch Noddy. I went back there to stay for a month to (musically) get my shit together and I chose to stay out of the centre in a quieter area near Vondel Park. I wanted to finish old songs but I also ended up writing a bunch of new ones including Period Of Maximum Excitability. 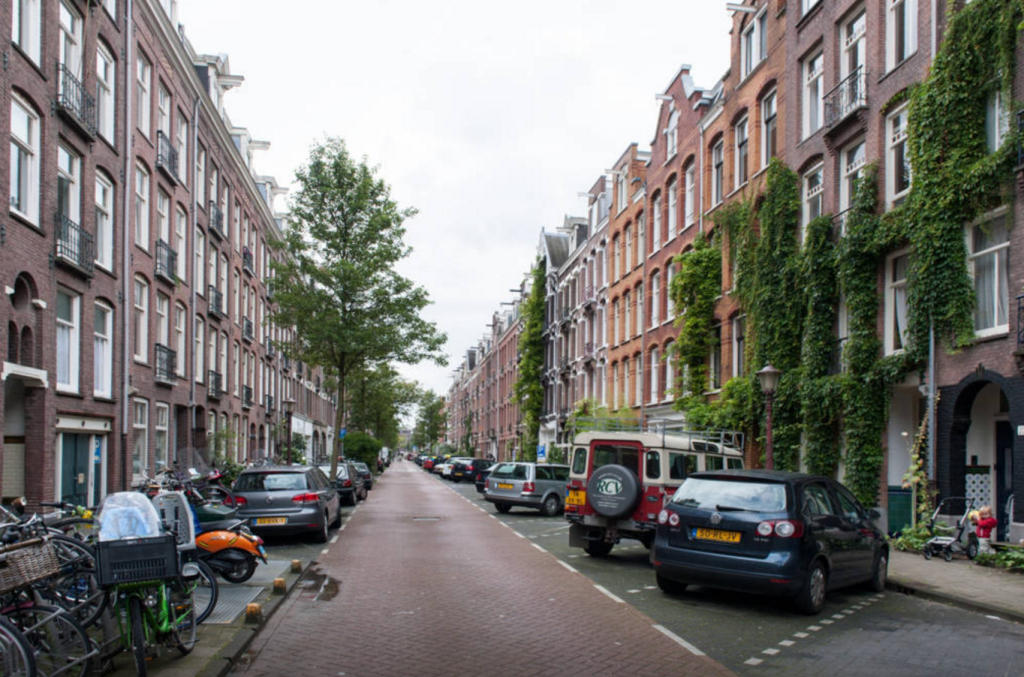 Ever since I met this special little human there’s been constant symphonies playing on loop in my head and life floats like a Disney movie. She’s the inspiration behind many a cheesy poem and also a few songs that sprouted out of nowhere, overtaking old ones and finding their way, very comfortably onto my album. This thing is bloody great and I used it on most my recordings. I took a chance and inadvertently scored it off eBay with the “make an offer” option. It has the classic deep wooden Hofner sound but its tone is not quite the same as the “Beatle bass”. I personally find the body shape more comfortable than Sir McCartney’s model. I love its mood, ultra light-weight and thud-like lack of sustain. It came to Amsterdam with me and offered a good excuse to pass time by coming up with more melodic bass parts. I’m not super savvy or fussy as to which program I use for recording. To be honest it was a close call between writing about this or the “voice memo” app on my iPone. I use Logic because it seems to do what I want and need. Most of the synths in my songs are from the Logic library of instruments and so we have my laptop set up with those same sounds for Ali to play live. I record guitar (and bass) straight into the computer and use Logic’s on-board amps, FX and pedalboards. I use real pedals too but its always cool to see what an extra fuzz or a rotary speaker will sound like..! People get hung up on tones: this amp and that guitar – I’m more interested in giving sounds their own character and a new identity, like making instruments dress like the opposite sex. I love pedals. They’re like drugs for your instruments. Steve (Human Buoy bassist) and I share the bass pedalboard (I use it when playing bass for Dream Rimmy), and it’s full of fun toys. The Flint has been a staple since I got it a few years ago, and it also went to Holland with me. It’s a really nice tremolo on the left, and reverb on the right. I mainly use the reverb setting: for guitar whilst recording and for bass when playing live. Its main function on bass is for freakouts – it just creates this huge, near-infinite atmospheric cloud and then disappears instantly when turned off – cool as shit. It also sounds great on bass in general (with the mix down) just to add a more airy personality. You can catch Human Buoy’s debut live performance with Jimmy Chang and Spaceman at The Bird in Perth on Sat 30th April. Get all the details here.