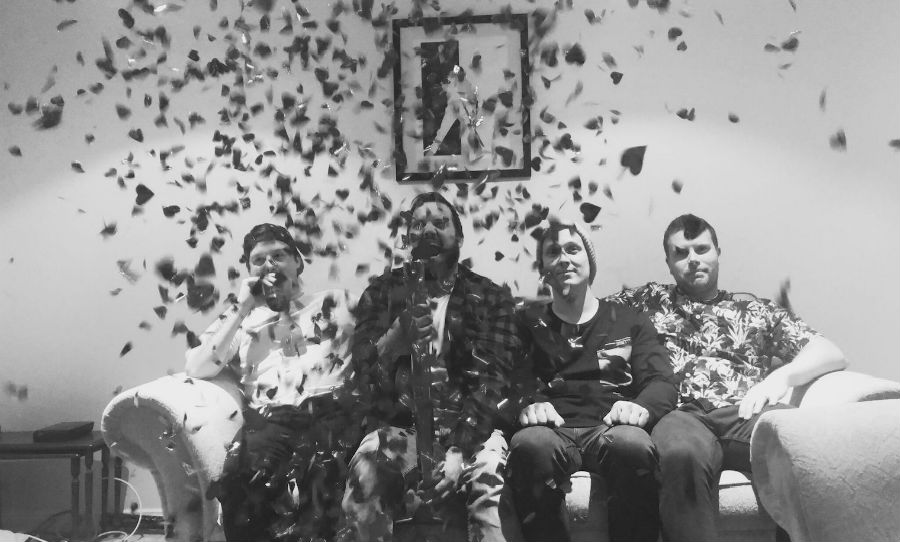 Sydney moshers This Time Only have crafted their own brand of sunburnt suburban emo-punk that is quintessentially Australian. Aggressive vocals and assertive guitar riffs aside, the band’s music is audaciously melodious. Marco Ave is This Time Only’s biggest release to date and sees them eclipse their counterparts on their linear rise to the top.

Sunburnt suburban punk rockers This Time Only have, with their debut EP Marco Ave, proved they’re a force to be reckoned with.

Marco Ave is the result of twelve months of intense labour; members Matt, Daniel, Luke and Mark took the time to really hone their sound. With an even selection of dynamic punk hits and stripped back acoustic ballads, This Time Only has matured into a melodic punk outfit on their way to stardom.

The band’s latest single Vintage Dress delivers raw honesty and emotional vulnerability. The track, which begins slowly but soon reaches its crescendo, is reminiscent of the early ’00s melodic scene that saw bands such as Hawthorne Heights reach international fame. Happy staff favourites on the EP include Stay, the band’s first attempt at a love song, and The Weekend, a song that started out as a joke but managed to grow into potentially the album’s strongest hit. Stream the EP via SoundCloud below.

Every song on the EP is just as strong as the one preceding. It seems as though This Time Only has mastered their craft, and we’re sure that big things are coming the band’s way.