The Wattles know how to spin some of the most relatable emotions into honeyed, indie-pop bliss.

If you haven’t yet wrapped your ears around Invisibility, the latest release from The Wattles, then you’re seriously missing out.

A warm indie track that puts you into a state of summer bliss, this Sydney four-piece have proven that they are ones to keep on your radar. Fresh off the release of the track, we caught up with frontwomen Lucy Murray to unpack the song, their inspirations, and a potential album. HAPPY: Hey guys, thanks for your time! How are you doing this end of 2020?

LUCY: We are doing great thanks! Oddly, 2020 has been a great year for us! We finally became a full band and have gigged pretty often since July, which we are really grateful for. We also moved into the Inner West mid way through this year, so have loved focusing on our music closer to the city. Our single launch last week was really cool, showcasing our growth over the last six months. We aren’t playing again until Jan 9th so we are excited to have our Wattles Xmas Party and write some new tunes hopefully before that gig.

HAPPY: Congratulations on the release of your single Invisibility! What does this song mean to you?

LUCY: I have always had pretty bad anxiety and am especially afraid of snakes and these kinds of deadly things (I know I’m not alone here). On the way to James’ family farm, I daydreamed about having an ‘invisibility’ superpower so I could really get amongst environments that have always terrified me. I had a lot of visuals about going to rainforests and getting really close to animals that would probably kill me, and also then to places women aren’t told to hang around – like dark alleyways etc.

I actually mulled it over the whole day, picturing a heap of different scenarios. But then I thought more into the idea. “What if something went wrong, how would I intervene? How would I engage with anyone? It could get very lonely.”

The song ends with the lyric “she found her power in her mould.” And that’s sort of the message behind it.

HAPPY: What’s the original meet-cute story for the band?

LUCY: James and I have been an acoustic duo since, roughly, 2016. We didn’t put out a lot of music or gig much due to both of us being overseas at different times. But, since returning to Aus at the end of last year, we decided to add some more members and create a more upbeat sound. Charlie, our bassist, was a friend of a friend that we met in London and, when he came back to Aus too, we hit him up. Max, our drummer, we found online through Bandmix – classic. It’s turned out really well, the band has an excellent dynamic.

HAPPY: The Wattles – how did that name get decided on?

LUCY: I had a tattoo of a wattle on my arm from when I first moved to the UK. It was my favourite flower when I was living in Brighton – it was a name that really suited our sound. We were shocked it hadn’t been snatched up already.

HAPPY: How did the making of the conceptual music video come about?

LUCY: We decided, a few months back, to take the video side of things a bit more serious for these new releases. We already knew the Cinematographer, Gary Morris, and he put us in touch with Daniel Swinton. After meeting and seeing some of their past works, we were sure that it would be a great idea. The boys really took charge and Dan was actually the writer, editor, director, and producer for the film. Dan took this spin for the clip:

They cast the video entirely with locals in Rylstone, NSW and we headed out a month or so ago to shoot it. Dan, Gary, and their Camera Assistant Max Zagorski were really impressive to watch create the work over the few days. Everyone in Rylstone really opened their arms to us and, honestly, it is one of my favourite places in Australia now. Huge thank you to everyone who offered us cups of tea, their houses to use and lent their time to be in the clip!

HAPPY: Like yourselves, over the past few years so many talented bands have emerged from the Northern Beaches. What do you think is it about the music scene in that space?

LUCY: James and I are both from Avalon, which, growing up, is a pretty isolated place in ways. It left a lot of time for creativity, especially if you’re not into surfing. When we were younger, it was easy for us to go and see talented local musicians like Dominic Breen in The Moonlight Cowboys, Lime Cordiale, and more – so I think that kind of environment inspires future musos. Avalon Market Day used to be one of the best days of the year, with heaps of great bands. There definitely needs to be some re-invigorating of bigger music venues down there now.

HAPPY: You sold out a couple sit down gigs this year, what was your experience?

LUCY: Funnily enough, we haven’t actually played a stand-up gig yet as a full band. Our first gig together was The Vanguard in July and honestly, our music suits the sit-down situation quite well, especially at some of these more intimate venues. Every time we gig, we seem to play heavier, so we are looking forward to the stand up shows for sure! We are really grateful for the venues that have been able to get live music up and running, it’s been super helpful for us getting out there.

HAPPY: What artists do you most admire for their on-stage presence?

LUCY: There are a million people! But for me personally, no one really compares to Florence Welch from Florence and the Machine. There’s something really special about her – I’ve seen her four times. Lianne La Havas, Cat Empire, and The Jezabels… the list goes on.

We saw Idles in Portugal last year at Nos Alive festival and their energy is pretty unreal. More recently as well, we saw Georgia Mulligan and Ainsley Farrell at The Vanguard and we were really, really impressed with their shows.

HAPPY: You’ve had a string of single releases, is there an EP or an album in the works?

LUCY: We are working towards a body of work – unsure if it would be an EP or album at this stage, but we have a lot of new music we’d love to record. Since playing together, we’ve written quite a lot of stuff that sounds more gelled as a band. We’ve been enjoying everyone having their own input in the songwriting process as opposed to our situation before as a duo with session musicians.

HAPPY: What are your musical goals for 2021?

LUCY: To play as much as possible with some great bands, write and record some really exceptional music and to also enjoy the process throughout (hopefully, in a less-apocalyptic year).

LUCY: No, thank you!

Invisibility is available now on all platforms 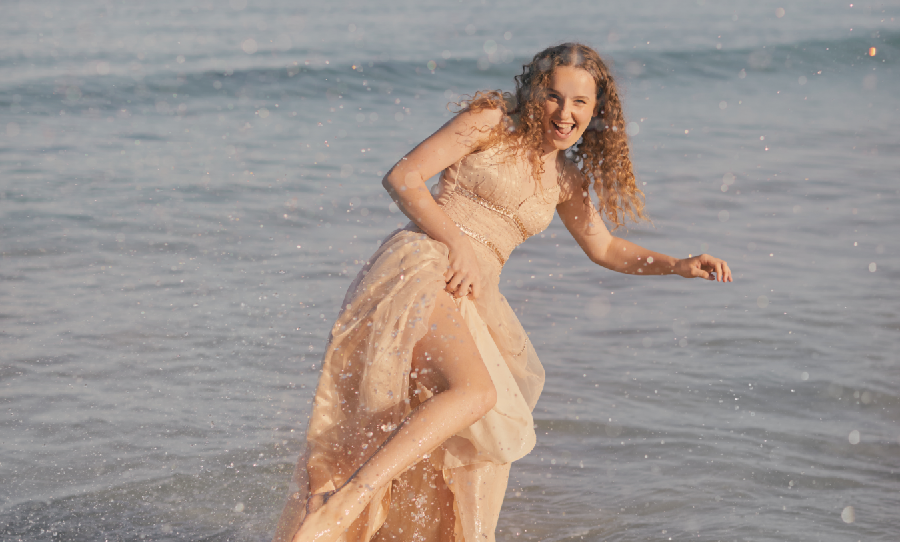