Tigertown are back! We’re only one month into 2016 and we’re being spoiled for good Australian music. A quick recap for those who don’t know Tigertown; they’ve been triple J locals for a couple of years now and you would’ve heard their 2013 hit What You Came Here For spinning on the airwaves.

In 2015, they were hailed as one of the breakout artists at SXSW, solidifying their place as international artists and making all of us back in Oz very proud Vegemites. 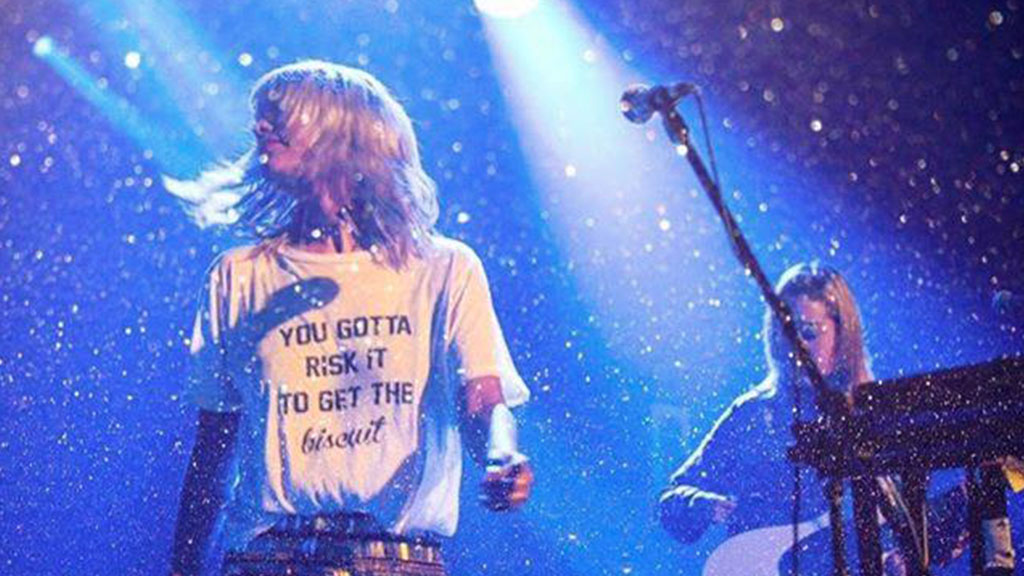 Tigertown are back prowling the indie-pop arena with two bona fide booty shakers on their paws. Two singles in and we’re salivating for their Lonely Cities EP.

The band is a close knit, not because of the years working together has created a family bond but because they are a family. Tigertown is a husband and wife duo Chris and Charlie Collins combined with Chris’s brother and sister Alexi and Elodie. After a couple of years laying low Tigertown are releasing their third EP, Lonely Cities in early February. The local Sydney outfit has already released two singles on SoundCloud from the EP to give you a little sample of what you can expect from the five-track ensemble. BØRNS’ collaborator Tommy English produced Lonely Cities, which is why you’re hearing that strong electro-pop sound similar to MØ and Elliphant.

The EP’s namesake, Lonely Cities is a melodic tune; it’s fun, it’s boppy and it could definitely be used in any marketing campaign with smiling 20 somethings drinking beer. However, the meaning behind the song is more solemn than it’s high tempo will let you believe. It’s about being apart from the ones you love and the loneliness developed from separation. These guys have a talent for making a sad song seem like everything is right in the world.

Bullet from the Gun has a very similar sound to Scottish stars CHVRCHES. Their use of dark and heavy synths could be seen as an ode to the band’s latest pop-focused work. But it’s not all just about the synths, they incorporate acoustic guitars to parts of the sound too, adding a twist to their electro influenced sound. The lyrics explore what it means to have a burning desire and passion, that universal feeling is what really hits home. If only this single was released a closer to Hottest 100 time, it would easily make a big impact.

For the whole of February and a bit of March Tigertown will be over in the United States supporting St. Lucia, with an Australian tour surely set upon their return (take the hint TT!) Take a listen to their EP Lonely Cities, it will be available from February 5.