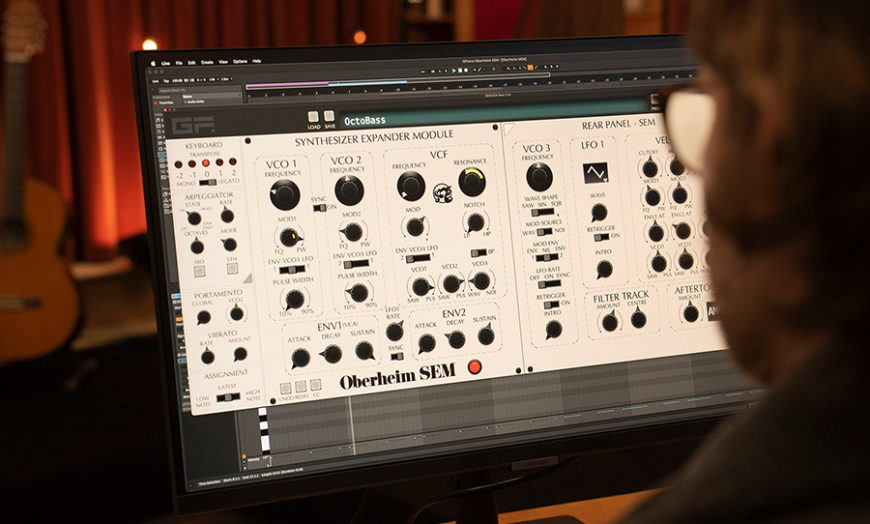 Happy release day to the Oberheim SEM: an emulation by Tom Oberheim and GForce Software.

The perfectly timed release on Tom Oberheim’s birthday is a beautiful plugin emulation of the iconic 1974 synth.

Plugins are getting better and better, both in sight and sound. This brand new release from GForce Software — the Oberheim SEM — sits firmly in the category of ‘sell your analog synth and use this in the studio and on stage’.

Teaming up with the creator of the SEM Tom Oberheim, GForce have made an emulation well worth your consideration. Tom Oberheim released the Oberheim SEM (Synthesizer Expander Module) in 1974. He wanted to make a simple to use great-sounding desktop module and that he did as it’s become one of the classics with emulations a plenty. This is what Tom Oberheim had to say about the GForce Oberheim SEM:

“It’s so good to hear something that’s dear to my heart done properly in software.”

Straight-up installing and opening this plugin was a breeze. I’m getting increasingly mad at plugin companies making me jump through hoops to install and play! Speaking of playing, the first bass sound I opened (OctoBass) was exactly like something out of a fight scene in a Spiderman movie. It’s big, tastefully dirty, and occupies a great low end.

Changing the Keyboard Mode to Legato, using the very easy-to-access global Portamento, and raising the VCF Frequency (read: cutoff filter) I was able to quickly tailor the sound to my liking. What I love about this recreation is that it has small triangles where you can unfold the section for a deeper dive. For example, you can open up the Arp section, Flip on the bottom right to the Rear Panel — this opens up the Delay, Reverb, LFO, and other things, or choose to Extend the module then you get the full view.

Further to this, the bottom right corner is an easy click and drag to fill your screen with the Oberheim SEM. This means you can get out of your DAW frame of mind and into a performance and tweaking knobs frame of mind.

Getting back to sounds, I loaded up one of the many presets called Dark Folds and got stuck into the well-laid-out user interface to tweak the sounds. Again, I was able to quickly get a glistening arp sound that would float on a Kavinsky-inspired track or sit beautifully as a bed for a Bon Iver-style number. I wasn’t sure if it was the sound or the size, but I felt like I was playing a REAL synth. Speaking of real synths, it’s worth noting Oberheim has just released an OB-X8 analog synth. It’s a beautiful product, but if you don’t have the thousands of dollars lying around get this plugin to get your Oberheim fix. You will be playing this for hours.

The Oberheim SEM was released today, Friday 8th of July (in Australia), and will cost £49.99 +VAT. Although, there is currently an introductory price of £29.99 + VAT. That’s about $52 AUD so get in there quick.