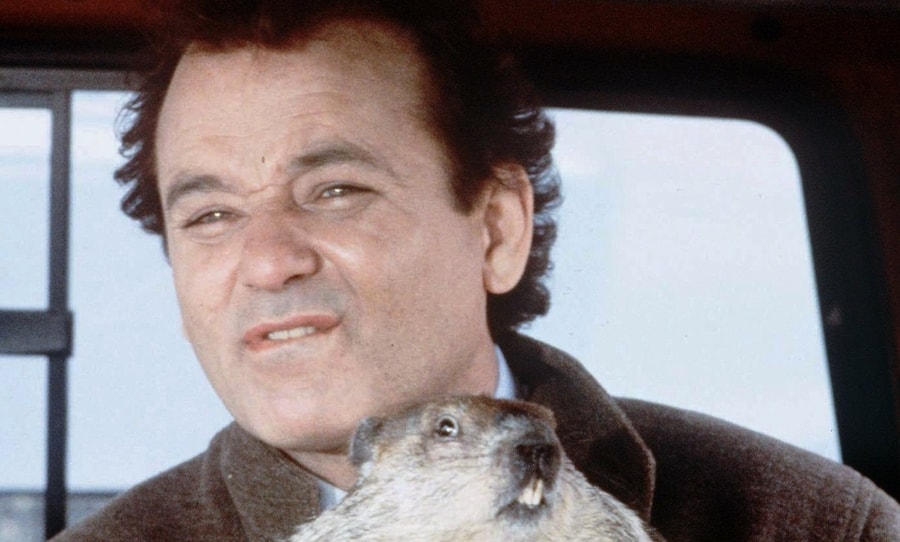 It’s Groundhog Day all over again. Bill Murray has returned to his iconic role for a recent Super Bowl commercial.

The Jeep ad, which pays homage to the classic 1993 film by Harold Ramis, came just in time for the real Groundhog Day, which fell yesterday, on February 2nd. Bill Murray relives the 1993 classic Groundhog Day in a new Jeep commercial – beginning with that all too familiar alarm clock.

In the commercial, Murray reprises his role of weatherman Phil Connors, whilst Murray’s real-life brother Brian Doyle-Murray returns as the major of Punxsutawney, Pennsylvania. Stephen Tobolowsky also reappears for the role of Ned Ryerson.

Echoing the original film, the commercial begins with a recreated shot of the iconic alarm clock. As the numbers tick over to 6 am, I Got You Babe by Sonny & Cher plays in the background. The radio host announces, “Okay, campers, rise and shine – it’s Groundhog day!” To which Murray’s character Connors comically responds, “Oh no.”

As in the film, Connors begins to live out his endlessly repeated day, except that soon he notices something different – an orange Jeep.

After stealing the Jeep along with the groundhog, the ad sees Murray living out Groundhog day by going on adventures with the animal. It’s well worth the watch.

Groundhog day is actually a real tradition in some parts of Canada and the US. The custom is based on a Pennsylvania Dutch superstition that if a groundhog emerged from his burrow on this day, Spring would arrive early.

In other news, Bill Murray will soon be reprising another classic role. Along with the rest of the original cast members, the beloved actor will be returning to the role of Dr Peter Venkman for Ghostbusters: Afterlife, due out this year.

Check out the Jeep commercial below. Here are the best commercials from Super Bowl 2021