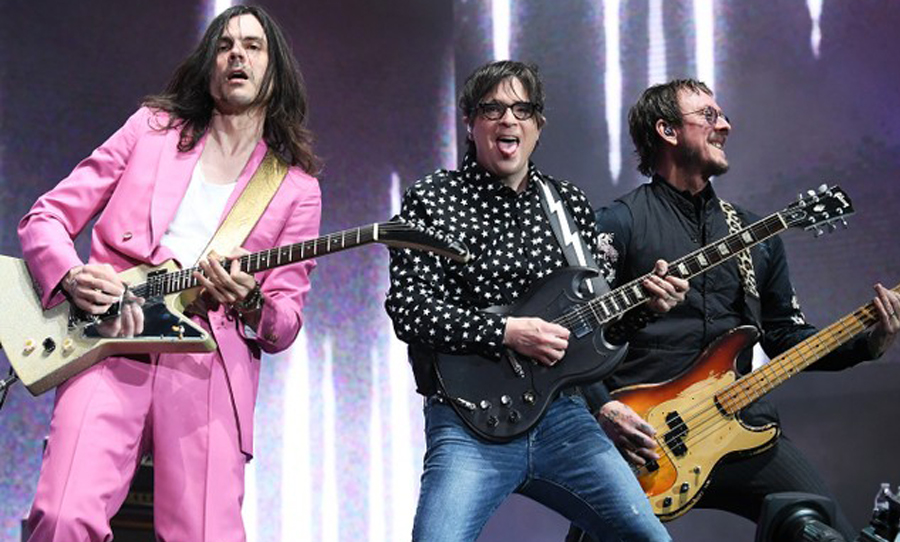 Put down Animal Crossing for now, because Weezer have released a supposedly unbeatable 8-bit online game to cure your social distancing blues. The game is fittingly based off their song The End of the Game, a track off of the band’s upcoming LP Van Weezer set for release May 15th.

In the game, you choose to play as one of the four Weezer members and are then transported through a tribute to ’80s and ’90s classics like Street Fighter II and Punch Out.

In celebration of their upcoming LP, Weezer have released an impossible-to-beat online game based off their song End of the Game.

Designer Jason Oda has revealed that the game is an “ode to the boss levels that are notoriously impossible to beat” in those early arcade days. After picking their chosen member of Weezer to compete as, players are hauled through all 100 levels of the game before facing off against the final boss, a giant alien.

The real twist comes when players realise that the alien is very easily beatable, and in fact the final boss is the walk across a booby trap-filled path to a treasure chest that’s impossible to reach. Weezer… still trolls.

The band released the song that the game is based off back in September, making it the only song yet to be shared from the upcoming album. Frontman Rivers Cuomo described Van Weezer in an interview as “Like The Blue Album, but with more riffs. Metal, hard-rock riffs. But it’s still pretty catchy pop-rock.”

Check out the promo video for the game below, and give it a try yourself here.

So here’s the deal… we made a game and it’s super hard to beat. It’s the final boss level. The End of the Game Game. Get it? . If you’re bored at home and ran out of what to watch on Netflix, we got you. . Good luck trying to win this thing: theendofthegamegame.com (link in bio) . p.s. thanks to Jason Oda for bringing this to life!