With new Aussie producers breeding faster than a family of pro-life rabbits, it can be a tough ask to shine through the crowd. One of the few appreciating currencies in electro Wall Street is Dom Dolla’s; a summery brand of house that’s more addictive than seeing your stocks rise.

With one show left in Adelaide touring his chart-topping single You and Beyond the Valley on the horizon, we caught up with the money man himself to chat remixes, his label fam and the best shows of his tour so far. Proving his chops with the chart-topping You and destroying clubs all of the country on tour, Dom Dolla’s musical capital is rising faster than Apple shares on an iPhone launch day.

HAPPY: How are you doing? What are you up to right now?

DOM: Hey guys! I’m great, currently working from the laptop in bed recovering from a bit of a mental week on the road. Had Sydney, Canberra and the Gold Coast over the last five days. The Gold Coast show was a mid week Wednesday night party… so naturally my Thursday flight home was pretty painful. Myself, Set Mo, LO99 and Benson also hosted a production and writing workshop at Electronic Music Conference in Sydney on Tuesday. We wrote a track together in a couple of hours in front of a little theatre audience. The pressure helped speed up the process a little. Hopefully it eventually sees the light of day.

HAPPY: Congrats on how well You is doing. Has anyone unexpected come to you to say they loved the tune?

DOM: Thanks, and yes! I received a message from PNAU saying they loved it and asked me to remix their new single Chameleon. They’ve been on a hiatus for a few years, so at the time I wasn’t even aware they were writing new music. Being able to have a geez at their unreleased stuff was exciting as hell, being a fan from way back. I agreed to the remix almost immediately.

HAPPY: Where did the song come from? What’s it about?

DOM: I wrote the topline and lyrics from that one a while back actually, probably about six months before I got around to finalising the instrumental. It’s based on the mental rumination some people go through when they’re stuck in a toxic relationship. When they don’t have the strength to get out of it, although they know it’s over. Quite a negative topic for a club environment I suppose, but a lot of people seem to be connecting with it. Plus it works on the dance floor, so that helps!

HAPPY: The remix package is amazing too. How did you go about hand-picking the artists featured?

DOM: They’re all mates! Nothing more exciting than having friends that write music you love. I’ve been fan-girling over each of their stuff for the last few years and made connections with them at shows or on the road, or just through mutual friends. I reached out to see who was keen. I wasn’t expecting everybody to jump on board, but now that they have it’s a fairly epic collection. Shout out to The Aston Shuffle, Go Freek, Feki, Billy Kenny, Hotfire, Fabich and Ferdinand Weber for their amazing work.

HAPPY: 2016 has been a great year for remixes all together. Any particular favourites you’ve heard (or that you love dropping in sets)?

DOM: Way too many to mention, although my favourite playlist addition this year would have to be DJ Tonio – Queen (ANNA Remix) out on Suara. I’ve been using it to close out my sets for a while, it’s a serious tech thumper.

HAPPY: Sweat It Out are killing it right now. What’s it like working with them?

DOM: They are indeed! The best part about Sweat is the family vibe. It feels like a rare thing that all artists on the same label roster are as chummy as the Sweat fam. Safe to say the staff Christmas parties are the stuff of legend.

HAPPY: How have the tour gigs been so far? Any particularly sweaty sets?

DOM: The tour has been phenomenal. Stand outs so far would have to be a tie between Chinese Laundry and Elsewhere, low ceiling venues are perfect for the sets I play. I was halfway through my show at Elsewhere on Wednesday when security rolled into the DJ booth trying to kick out a drunken reveller. Turns out it was just the legend himself UV BOI, just letting loose trying to join in on the shenanigans.

HAPPY: After the tour you’ve got Beyond the Valley coming up, who are some of the other artists you’re stoked to be playing with?

DOM: I’ve been looking forward to checking out Chance the Rapper and Goldlink for what feels like forever, hopefully we’ll be playing on the same day. The line-up is pretty fantastic, Eats Everything and Kölsch will blow the lid off the tent too I’m assuming. Keep an eye out for Motez and myself sinking tins in the crowd on new years eve. Then come watch our sets too!

HAPPY: And after 2016’s through and through, what’s next for the Dom Dolla currency?

DOM: I’ve got a few more standalone shows in the new-year, but for the most part I’ll be back in the studio. There’s always more music to be made! 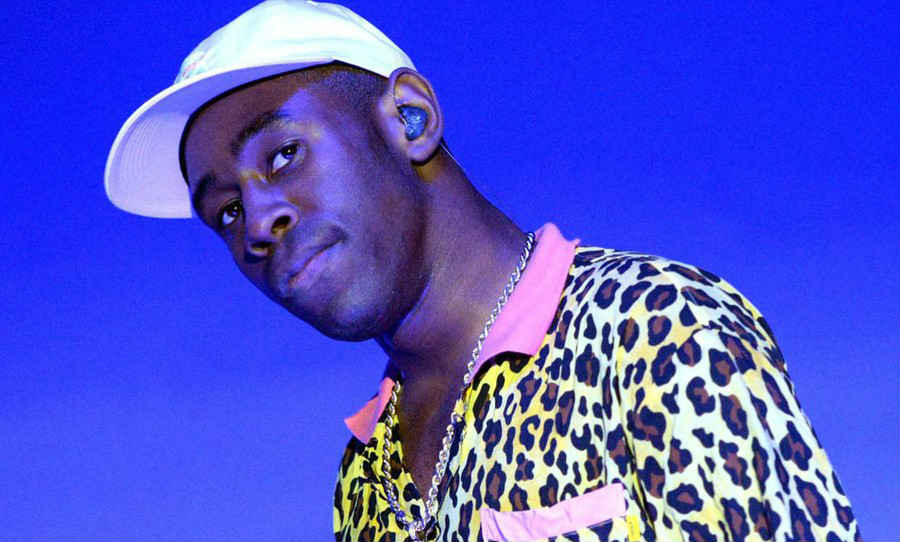