Animation has possibly been the fastest growing art form of the last decade. Whereas almost every form of visual art has benefitted from the rocketing improvement of technology, it’s animation that has felt the love like no other.

Josh O’Keefe aka WWZARD6 is the Melbourne artist happily riding the wave of the animation explosion with glee. Since getting started, his simple, colourful and wriggly designs have grabbed the attention of fellow artists and musicians alike.

The world of animation is growing at an exponential rate, and so is the number of new artists in the medium. Somehow, WWZARD6 shines through the crowd with stunning simplicity.

We came across the art of WWZARD6 through his work with Aussie electronic  producer Nutrition. The clip for Advice Needed is a trippy technicolour dream, as smoothly thrown together as the funky tune itself.

Since then, we’ve caught up with O’Keefe, asking him a little about his work in music, the changing landscape of animation design and how he got it all started.

“When I was 13, my friend Darcy Prendergast had set up a small studio in my hometown and on weekends I would hang out there and he’d show me all the wild techniques he was experimenting with. That’s really what kicked everything off but I didn’t really start properly animating until a couple of years ago.”

While the techniques O’Keefe learned might have been wild, there is a simplicty to his work that’s obviously extremely well considered, as well as utterly stylish.

A focus on primary colours and an ubundance of basic geometry stitches together beautifully – despite the apparent plainness of each animation, you’ll find yourself noticing something new each loop.

On where this elemenatary theme was inspired, O’Keefe cites a very specific source.

“Earlier this year I went to Japan and discovered a graphic design magazine called Idea which had a big effect on me. I picked up the most recent issue early on in my trip and it became my bible, my looking glass for how I thought and perceived this new strange world I found myself in.”

“After trawling through a bunch of second hand bookstores in Tokyo I discovered a gold mine, a whole wall dedicated to back issues of Idea magazine, and the one I decided to bring home was the 300th issue which included every cover design for this magazine since it’s first issue in 1953. It’s literally a catalogue of design trends in Japan over the last 60 years! This has really inspired my animations, as well as my designs and paintings.”

Adapting this modernist Japanese style to our current climate is a stroke of genius, really. Simple, pleasing designs will never go out of fashion and they happen to be the perfect fit for new age, elegant animations as well as our new age way of life.

“It’s becoming easier and easier to create a moving image. The individual can now pump out as much content in the same amount of time as a whole Disney sweat shop 50 years ago. The internet is a gushing torrent of information and these days, in order to communicate, you have to disrupt, you have to catch someones eye, and most of the time that requires motion”

“You’re a lot more likely to stop scrolling whatever feed you’re scrolling to watch a bulldog doing a backflip, than just a still image of it.”

Aside from his WWZARD6 project, O’Keefe is also a musician, playing in Melbourne four-piece Chillers. Music has always been a huge part of his life, aside from his work with Nutrition, O’Keefe has taken on multiple other project with fellow musos.

“Awhile ago I made a few glitchy VHS music videos for the band Summer Blood, and after that I collaborated with Darren Oorloff to produce work for some international artists he was designing for.”

“In the meantime I really enjoy designing for my own band, because we sound like a sloppy scull of a pint at your local pub and that means there’s a lot of freedom.”

At the moment, animation is most represented within electronic music. Seeing a DJ playing a set isn’t a natural spectacle on the same level as seeing a six-piece busting out an extended instrumental, so naturally the electro scene has filled the theatrical gap with a different kind of visual stimulus.

Porter Robinson recently jumped into anime territory, and Moby’s newest clip is an edgy animation somewhere between the protest of Banksy and the style of Geiger. The relationship between electronic music and animation isn’t going anywhere.

Perhaps it’s his work with a pub band, but O’Keefe doesn’t feel pinned to this world. He just wants to be original.

“I feel I’m good at adopting many different styles. I’d say I’m better off designing for smaller labels or independents because I don’t really like creating anything that’s been done before, and everything with big money these days is just a remix of the last thing with big money and the big dogs up top like to paddle in the shallow end.”

The path ahead for WWZARD6 and O’Keefe is just as open as his attitude. Wherever he heads, we’re keen to feast our eyes on whatever beauty he continues to cook up. 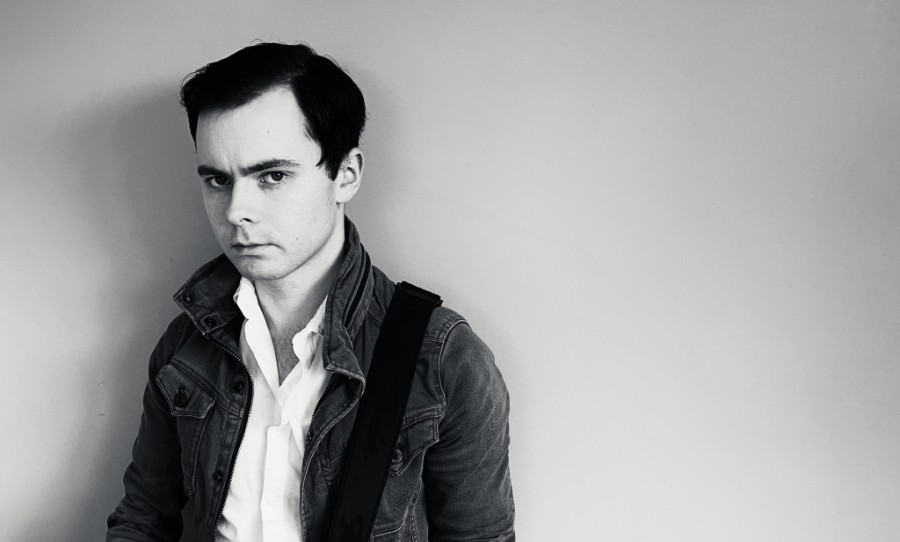