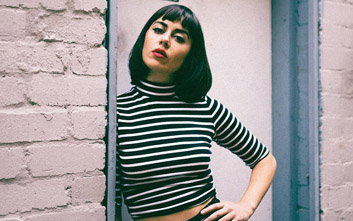 With the launching of our Needle in the Hay competition, we’ve been spending a month or two bringing you our favourite artists from each state in the country (plus New Zealand). Nearly very Aussie state is done and dusted, and now it’s time for our hometown New South Wales.

Which makes things damn near impossible to hone down. Much like when we picked our favourite songs of 2016, choosing your favourite artists within such a rich scene can feel like that bit from Sophie’s Choice.

We’re looking all over Australia to give one artist the chance to press their record to vinyl. Here are 5 artists from New South Wales we’re digging.

It’s no secret that psychedelic rock has spread like a well-organised rash over the last five years, and given that the scene is so saturated with phasers and Kevin Parker protegees, it can be hard to catch a break if that’s your jib.

Somehow, that’s exactly what WAWAWOW are doing. Combine the righteous, face-melting voltage of POND with the batshit zaniness of Tom Cruise appearing on Oprah and you’ll get an inkling for just how weird this four-piece can get.

You gotta admire a coupla guys who just wanna call their band dave. Out of Newcastle, they’re as down to earth as it comes and you can’t help but be reeled in by it.

They released their EP YOCH! Bangers Vol. 1 back in May, and Eggiwegs is a cut. I’ve got one big, runny soft spot for this song.

A dream pop ensemble helmed by cool gal Melissah Marie, Moody Beach have only dropped couple of singles under the Personal Best Records banner, but damn are they just wonderful.

Her latest jam All I Do isn’t even a week old. Get around it!

Without a doubt Yon Yonson dropped one of the standout, albeit underappreciated, albums of last year. At the risk of sounding cliched, Yes No Sorry will make you laugh, cry, and everything in between.

Somewhere along that spectrum exists a boogie, that’s for sure.

Starting out in Perth with little more than rock star ambitions, Body Type have come a long, long way since first picking in their instruments. They’re now based in Sydney, and I’m starting to think that the whole city has a crush on this crew.

Among their accolades was a coveted spot at Gizzfest 2016, and they’ve just landed a support slot on POND’s upcoming national tour. But Ludlow  was the single that had us head over heels. Listen below.