Aloy, the star of Horizon Zero Dawn and Horizon Forbidden West, isn’t your typical hero. And that’s probably why everyone loves her so much.

Aloy is the charming protagonist of the acclaimed post-apocalyptic adventure games Horizon Zero Dawn and Horizon Forbidden West. She is perhaps best known for her striking red hair and unique bow weapon, but neither of those features explain why she has inspired so much attention and love.

Sure, she’s quite good looking (despite what some bizarre internet trolls would have you believe), but it’s her brave and authentic personality that is likely most responsible. Although it’s probably fair to say that if Aloy hadn’t been in a game as good as Horizon Zero Dawn then she wouldn’t have become the phenomenon she has.

Regardless, Aloy now has a life of her own, and said life is expanding outwards from the games she first appeared in. Not only has she appeared in other video game franchises, such as Genshin Impact, she is set to become the main character of the recently announced Netflix Horizon series.

As you can see our girl Aloy keeps busy, even when she isn’t rushing to save her world from a robot powered apocalypse. With that in mind, we thought we’d run down all things Aloy, and celebrate a hero that we can’t get enough of.

Aloy in the Horizon games

It would be impossible to talk about Aloy without first talking about the Horizon series. However, we’re going to keep things brief and (relatively) spoiler-free; so don’t worry if you haven’t finished Horizon Forbidden West yet.

The world of the Horizon games is a stunningly lush take on life after a mysterious apocalypse. A majority of the world’s wildlife and ecosystems have been replaced with robotic equivalents, many of which are contributing to the rebuilding of nature.

This means that Aloy lives in a world that is, in many ways, post-technology. Remnants of old-world tech survives, yet is only partially understood. Technology is akin to magic and nature, although Aloy is uniquely positioned to act as a bridge between the past and the future.

Without venturing into spoiler territory, Aloy understands technology better than almost any other person from her world. She is the antithesis of the offensive ‘technologically illiterate female’ stereotype, and regularly finds herself teaching her less knowledgeable companions (Erend and Varl).

Despite her interest in technology she remains respectful and caring towards all types of life, and arguably acts to preserve the balance between nature and technological progress. She is wise beyond her years, cautious, intelligent and empathetic – even when outside forces make things difficult.

Aloy is a hero that somehow manages to be both relatable and inspiring; and that goes a long way in explaining why she’s such a good protagonist in Horizon Zero Dawn and Horizon Forbidden West.

Horizon on the silver screen

Despite the Horizon series showing no sign of slowing down, the folks at Sony Pictures are working with Netflix to translate the story of Aloy into a television series. The project is still shrouded in mystery, and it should be noted that it remains possible Aloy won’t feature in it.

Some fans believe the Horizon Netflix series may be a prequel to Horizon Zero Dawn, focussing on the events that lead up to the game. This seems unlikely, considering how much Sony have already invested in making Aloy the recognizable face of the IP. Still, it would be unwise to completely dismiss the notion.

A ‘HORIZON’ series is in the works at Netflix. pic.twitter.com/nV2vdX1ORb

Another area of debate is whether the Horizon Netflix series will be animated or live action. The world of Horizon Forbidden West would be extremely expensive to recreate for a live action series (like Avatar expensive). An animated series in the vein of Netflix’s Arcane may make more fiscal sense.

Either way though, fans are keen to find out which actress will be tasked with bringing the character of Aloy to life.

Who will play Aloy?

It goes without saying that all of these names are rumours at this point. The Netflix Horizon series is likely in the early stages of development, and casting decisions, let alone announcements, are still a fair distance off.

Never let the truth get in the way of a good story though, so let’s have ourselves some fun!

The first actress to be bandied about for the role of Aloy likely won’t surprise fans too much. Thinking back to 2017, when Horizon Zero Dawn released, there was one television that still ruled them all. Game of Thrones was everywhere, and playing a big role between 2012-2014 was Rose Leslie.

I mean, come on! pic.twitter.com/n6AHCTx9ZJ

Rose Leslie played Ygritte, a brave and unyielding wildling warrior that, wait for it, was a skilled archer and possessed gorgeous red hair. The similarities are staggering, to the point where its pretty obvious the team at Guerrilla Games were directly inspired by Ygritte. Rose Leslie as Aloy would be a perfect match, both in terms of appearance and acting range.

The only real drawback to casting Leslie is she’s already a fair bit older than Aloy. A lesser known option, that has been well-received on Twitter, is Erin Kellyman. The young actress is best known for her work on Solo: A Star Wars story and The Green Knight.

Horizon Netflix show is in the works!

Please and thank you. 🙏 pic.twitter.com/14gwQSwn4Q

What does the future hold for our hero?

The Horizon video game series is showing no signs of ending, so it’s almost a given that Aloy will be appearing in a sequel to Horizon Forbidden West.

Also relevant is that Sony appear to now view Aloy as one of their most established and recognisable first party characters. She is regularly placed in Sony promotional material, alongside other PlayStation icons like God of War‘s Kratos and Uncharted‘s Nathan Drake.

Because of this visibility and popularity, Aloy is an attractive choice for crossover material. She has already appeared in Genshin Impact and Fortnite, and it wouldn’t be surprising to see her pop up in other Sony related properties. Aloy in Destiny 2, anyone?

We’ll do our best to keep this page updated as new information becomes available. Until then, friend! 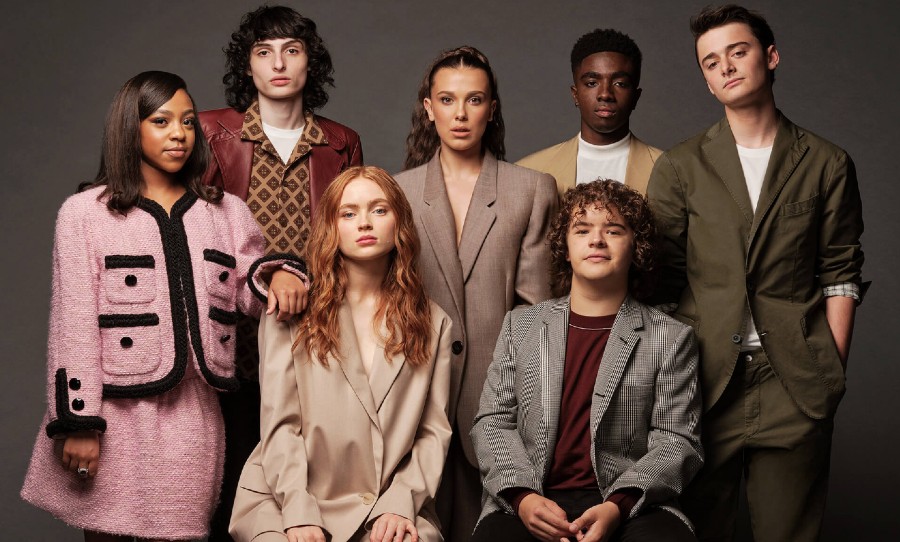