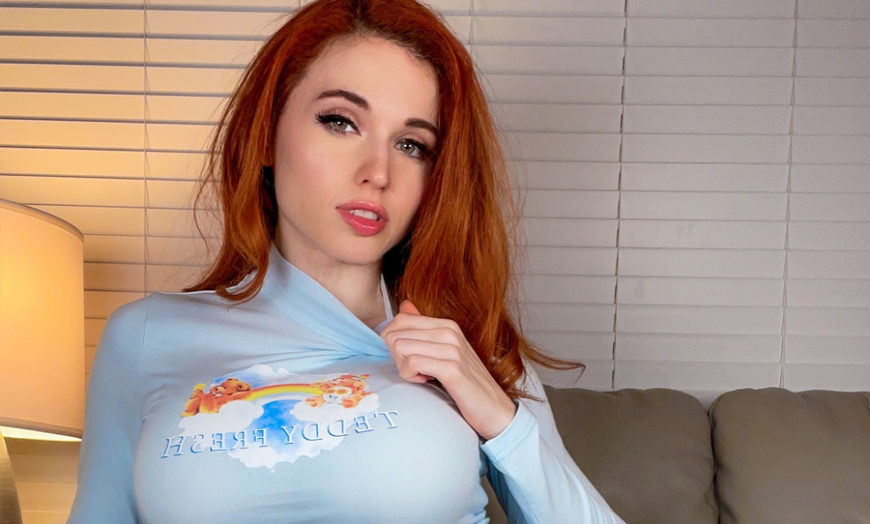 On August 14th, Twitch streamer Kaitlyn “Amouranth” Siragusa reported via Twitter thread that her home had caught fire and that police “strongly suspect” it to be an act of arson. The cause has yet to be determined, but she notes that the fire came from the area where she kept her trashcans.

Siragusa goes on to tell fans that both her own security footage and surrounding neighbour’s footage is being examined by police so they can “catch the potential suspect.” She continues to say that both she and her “fur babies are all ok” despite the frightening incident. Said fur babies are more than just household pets for the streamer, who also uses them as her personal guard dogs.

Even if this is a dangerous threat for Siragusa, it’s not an uncommon one. She explains in her thread that someone else has tried to shoot fireworks directly at her house before. On July 4th of 2020, the celebrations were used as an excuse by the man responsible, but according to the streamer he was arrested before he could carry out his plan.

Another danger she and many popular streamers face is ‘swatting’, where emergency services are falsely told that a person poses a considerable threat and SWAT teams are forced to investigate.

She explains that these can become “life and death” situations and urges others in her position to form an understanding between themselves and law enforcement. Siragusa herself has even gone as far as creating what she calls a “password” to avoid those situations.

Yesterday, Late in the evening there was a fire along the side of my home originating from the area where my trashcan is kept. The cause of the fire has not yet been determined, but investigators strongly suspect arson.