Announced by Netflix across their public channels, a new partnership with Ubisoft will produce a live-action Assassin’s Creed series for all to enjoy.

A (hopefully) killer new show is coming to Netflix! A live action Assassin’s Creed series will be the fruit of a new partnership between the global streaming service and Ubisoft.

Ubisoft’s Jason Altman and Danielle Kreinik will be serving as executive producers for the upcoming series. They’re dedicated to keeping the Assassin’s Creed universe alive, so don’t worry about the story losing its integral pieces when it’s translated onto the screen. 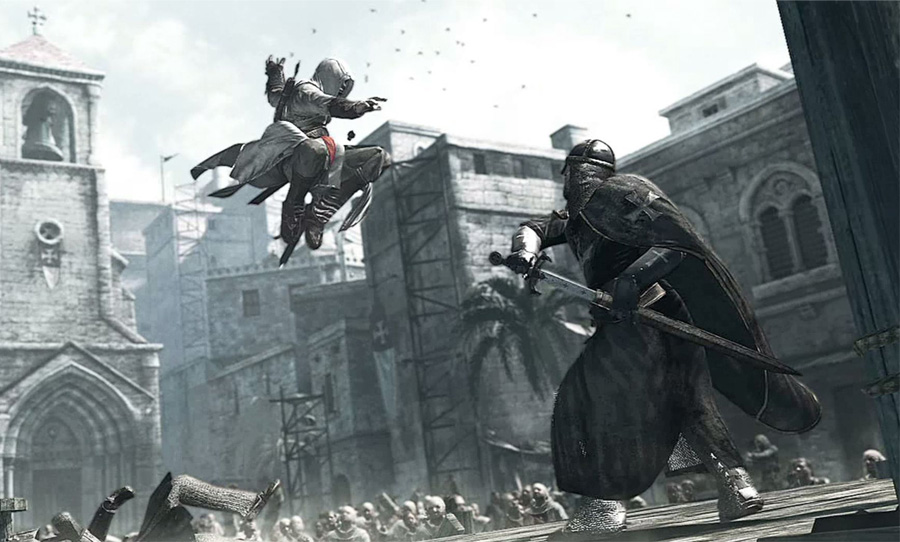 With its first game released in 2007, the Assassin’s Creed series has travelled a long journey. There’s been a lot of hype around the series recently due to the upcoming release of Assassin’s Creed: Valhalla, and this announcement is just adding to the excitement.

Given that the previous attempt at a live-action Assassin’s Creed didn’t go very well, some fans have already expressed their concerns. However, Ubisoft and Netflix are confident that this adaption of the iconic series will wow the audience. Peter Friedlander stated that they plan to “bring to life the rich, multilayered storytelling that Assassin’s Creed is beloved for”.

Fans have been a huge driving force for the developers, so they’re very keen to see them happy. Friedlander continued to say about the development of the series, “we are committed to carefully crafting epic and thrilling entertainment based on this distinct IP and provide a deeper dive for fans and our members around the world to enjoy”.

Assassin’s Creed has always been an immensely popular series, appealing to their audience through great gameplay, fun storytelling, and a dedication to having fun without compromising on historical accuracy. More news on the upcoming series is sure to follow during production.

While there has been no release date set for the series at this point, fans can bide their time with the upcoming release of Assassin’s Creed: Valhalla. Make sure you check out the latest pre-release gameplay from Clocked right here. A reality tv show based on Squid Game has been greenlit