Whether you’re a beginner or a seasoned pro, every music maker needs an audio interface. Here are the best you can get your hands on in 2022.

If you’re working with external equipment of any kind in the home studio, an audio interface is probably at the heart of your set up. Whether recording vocals, a few instruments or a fully-fledged band, audio interfaces must be able to easily and efficiently convert audio to transfer to your DAW.

Home recording gear boomed during the COVID-19 lockdown, where music producers were forced to exchange their studios for living rooms. This has led to fierce competition between brands, much to the benefit of musicians. Now, we are being treated to an abundance of high-end audio interfaces that are portable and often come with production software bundles. Best of all, they are perfect for your home setup.

So where do you begin? Here is our list of the best audio interfaces of 2022 to complete your home studio. Maybe the most useful and versatile of the collection is the AudioFuse 8Pre. As well as being an interface, it’s also a standalone 8-mic preamp unit and ADAT expander, and it comes with Arturia’s FX bundle! It’s a rack-mountable unit that has an affordable price tag.

Learn more about the Fuse range at Arturia.

Renowned for its high quality and intuitive interface Audient’s EVO 8 is the perfect companion for solo producers. EVO 8 has all the innovative features of EVO 4, but includes additional inputs with high-performance mic preamps and outputs.

To ensure you get the best performance from your microphone, EVO 8 has 58 dB of gain to call upon. Perhaps what is most exciting about EVO 8 is its Smart capabilities. Smart Gain will automatically set the right level for your microphones while allowing you to match and adjust gain to all channels simultaneously. Meanwhile, Smart Muting automatically mutes your speakers when connecting headphones.

Find out more at Audient.

Apollo Solo is Universal Audio’s update to the popular Arrow interface, and is perhaps their most accessible model yet. Apollo Solo offers a compatible USB version for Windows and a Thunderbolt 3 bus-powered connection for Mac. Using Unison technology and built-in UAD‑2 processing, you can record through classic studio tools with near‑zero latency.

An impressive addition: this interface grants you access to the industry-leading family of classic emulations. It ships with the Realtime Analog Classics Bundle, which includes the UA 610-B preamp, LA-2A and 1176 compressors, Pultec EQ, Marshall and Ampeg amps and more.

Compact, straightforward and clear, the Apollo Solo is a powerful desktop interface that will encourage you to get creating straight away. Universal Audio has a new series of interfaces worth checking out too, the Volt USB Audio Interfaces.

The engineers at Black Lion Audio know what separates a good audio interface from a great one, and the Revolution 2×2 USB Audio interface perfectly represents their expertise. The device is high-end and portable, with a bus-power via a USB-C connection available.

A key feature is the input and output sections, which are fully decoupled and balanced. This means the Revolution 2×2 has an incredibly low signal to noise ratio which allows it to record and playback clearly with no interference. As well as this, high-end Vishay, Nichicon, and Wima capacitors are used throughout the entire circuit.

Pro Tools Carbon is an interface born to track live music. It features 25 inputs and 34 outputs, more than enough to track a whole band. Carbon combines the power of your native CPU with onboard HDX DSP acceleration. Avid promises you can “push your computer to the limit when you mix and record through AAX DSP plugins with near-zero latency monitoring”.

It is a self-contained tracking and mixing solution, which is suitable for tracking bands live, without having to think about latency. This feature also means you won’t be limited to working only when the interface is connected.

Pro Tools Carbon also includes a one year licence for Pro Tools, future-proofed connection through ethernet, and up to 192kHz/32-bit AD-DA conversion.

Focusrite’s Scarlett often finds itself at the centre of music-making spaces, and Scarlett 18i20 is the most versatile interface to emerge from the classic range. The rack-mountable third-generation 18i20 gives you 18 inputs and 20 outputs of incredible sound quality.

Scarlett 18i20 features 8 of the top-performing Scarlett mic preamps for miking up guitars or recording vocals. The 24-bit/192kHz converters give your recordings clarity and detail. This interface even features a built-in talkback mic — that alone is enough to transform any two separate spaces into a recording studio.

This is a pricer option compared to other Scarlett products that allow you to record just vocals, just guitar (Scarlett Solo) or a limited number of instruments (Scarlett 4i4).

MOTU is renowned in the professional market for audio interfaces, responsible for creating some of the most respected pieces of hardware for studio engineers. However, they have recently tapped into the beginner market, and M2 is the result.

Unique to M2 is the fully coloured LCD screen, which shows detailed level meters for all inputs and outputs. This is a great visual reference for beginners.

Learn more about MOTU and their other ranges here.

The Steinberg UR22C has been described as an all-round workhorse, and it’s pretty spot on. With its rugged design, the UR22C is made to be tough and versatile. To complement this feature, you can use it with a computer or an iOS device for great results no matter where you are recording. If you are looking to record on a budget of under $200, this is the interface for you.

All UR-C interfaces can be connected to an iPad or iPhone, the UR22C can even be bus-powered by the USB-C equipped iPad Pro models. You also have the option to use Steinberg’s Cubasis app for an easy workflow via your iPhone or iPad.

A feature unique to the UR22C is MIDI inputs and outputs. With this, you can transfer MIDI information to and from your computer or different instruments depending on how your system is routed.

To find out more about The Steinberg UR22c head here.

In the world of audio interfaces, the Presonus Studio 24c is a jack-of-all-trades. Offering exceptional quality when recording anything from speech to music, this interface is marketed as “ideal for streamers and musicians alike”.

Most notable in the Universal Control is the Loopback function, which enables the interface to loopback audio streamed to be recorded from one application to another. This could be used to record audio from separate media platforms like YouTube, and provides flexibility for routing audio between different applications without requiring extra cables.

Presonus has more information on the Studio 24c on their website. 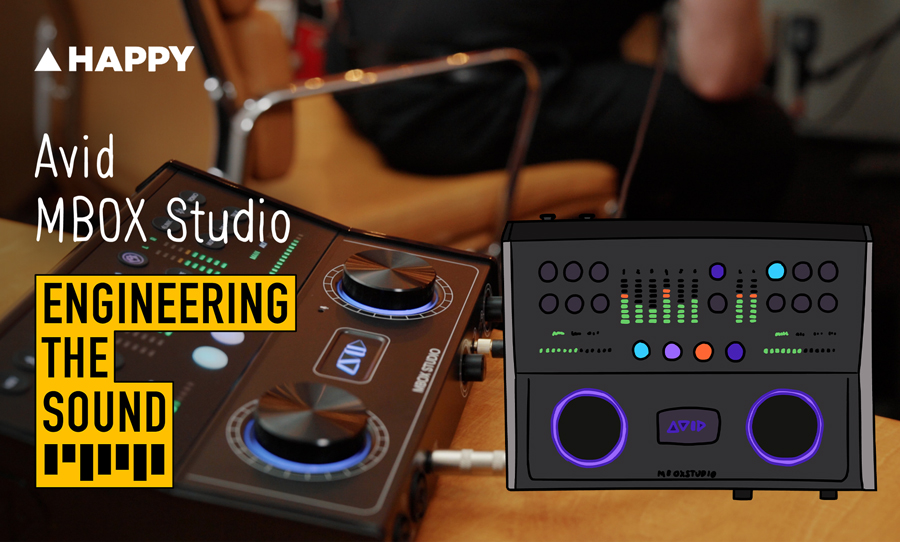