Back To The Future writer Bob Gale has revealed that the character Biff Tannen, portrayed by actor Thomas F. Wilson, was inspired by Donald Trump.

The character, who appeared in all three movies of the hit sci-fi franchise, can be aggressive and selfish, bullying the people around him so he gets what he wants. 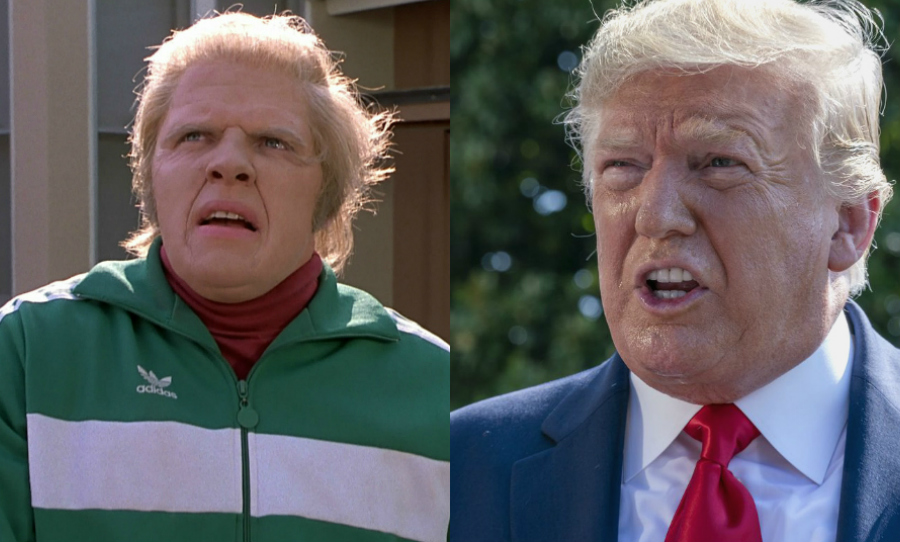 Back To The Future writer and producer Bob Gale has revealed that the character Biff Tannen was inspired by the US President Donald Trump.

In an interview with The Daily Beast, writer and producer Bob Gale explained how he was inspired by Trump when developing the troublesome teen’s character. After pointing out similarities between Biff and the President of the US, the outlet asked if Trump was on Gale’s mind during the writing process, to which he replied: “We thought about it when we made the movie! Are you kidding?”

“You watch Part II again and there’s a scene where Marty confronts Biff in his office and there’s a huge portrait of Biff on the wall behind Biff, and there’s one moment where Biff kind of stands up and he takes exactly the same pose as the portrait? Yeah.”

Earlier the year, it was announced that a new Back To The Future musical was in the works. At the time of the announcement, Gale said that he and the film’s director Robert Zemeckis had “been trying to get this project off the ground for years. But good things take time and finally, the time is right.” The stage show is due to arrive in February next year.