The softly spun realisations found on Clairo’s debut album, Immunity, had my roommate in a trance for the remainder of winter. I hold the opening of Bags, “Every second counts”, largely responsible. The 20 year old’s unguarded lyricism, minimal lo-fi instrumentation, and intimate vocals didn’t just give us a glimpse into the artist’s experiences with unrequited love. It helped us understand our own.

Flash forward and Claire is 22, an indie-pop star with the world at her doorstep. Except, not quite. The pandemic brought the artist back home to Atlanta, where she adopted a puppy (Joanie) and spent time with her mother. These circumstances flung Claire’s mind ahead to the future, where growing responsibility and motherhood loomed. It’s these themes that she took to Grammy-winner and co-producer Jack Antanoff for her outstanding sophomore effort. “It’s for mum, for Joanie, for me, and for you”. Opener Bambi wanders with atmospheric backing vocals and melancholic piano before a drum fill wakes us up. “Once I make a choice to move forward, I’ll take, I’ll take a picture for your locker”, she concludes.

While Immunity approached love with tunnel vision, Sling offers a perspective detailed by context, maturity, and the path ahead.

Although Clairo is focused on the future, her influences are back in the ’70s. Piano, saxophones, brass, lap steel, and other vintage instrumentation embellishes the tracklist, reminiscent of folk royalties like Joni Mitchell and Carole King. Fortunately, Clairo shares their emotional intelligence.

Partridge is thickly textured with vocal takes, all sung incredibly close to the mic. It makes for some of Clairo’s most intimate moments yet, unlocking total access to your attention. Melodies and restless guitar licks topple over one another on Zinnias, one of the most intriguing tracks of the year.

When backed in this manner, Claire’s angelic vocals manage to sound both beautiful and dissonant, an impossible juxtaposition. “I could wake up with a baby in a sling”, she sings, with a growing awareness that to look after another, she first needs to look after herself.

Tender single Blouse quips backing vocals from Lorde to examine the male gaze, which usually goes unpunished, “You’re just looking down the blouse”. It’s a creative choice to turn a male colleague’s disrespectful glances into such a soothing track; however, Claire still pulls some humorous punches at the man in question, much like contemporary indie heavyweight Phoebe Bridgers would.

“It’s funny now, I’m just useless and a whore. But I get a co-sign from your favourite one-man-show.”

In the latter half of Sling, two tracks particularly provoke and stir. The first is Just For Today. With its string accompaniment and imagery, it feels like a warm hug from an old friend as Clairo wrestles with the ticking clock, “peerin’ round the corner of my life”. Realistically, the sombre tune arrives at no immediate conclusions. I can already picture the artists’ devoted followers wallowing in their bedsheets, listening to this, trying oh so very hard not to text their ex.

The other track is Reaper. Within it, bluesy guitar rocks back and forth like a cradle, with the occasional saxophone breathing through. Clairo weighs up the circle of life and the idea of giving birth. However, it takes an emotional toll, as Clairo lets out her only curse on the record: “I can’t fuck it up if it’s not there at all”.

Sling has replaced the electronic colours of Immunity with gorgeously augmented folk tones. These warm, complex arrangements complement Claire’s warm, complex reflections to great avail, making for one of this year’s most affecting records.

Listen to Sling below: 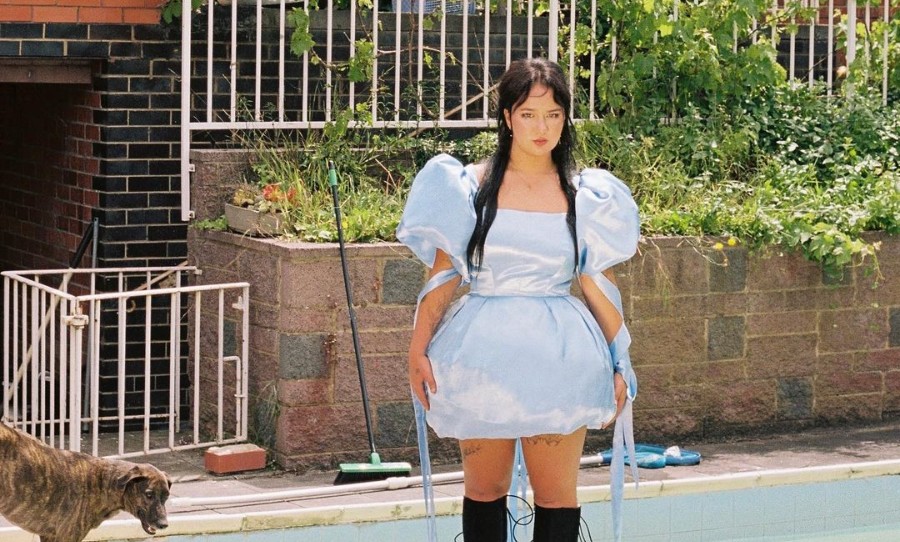