The most exciting new indie-rockers on the block, Diver, sat down for a quick chat about their music and beginnings as a band.

Fresh from the release of their groove centric debut single Seabreeze Motel, the four members of Diver fill us in on where they drew inspiration for the epic riffs.

Chatting about their favourite bassists and how they manage a long-distance band relationship, lead vocalist Ruston demonstrates his skills in journalism, stepping in to ask the big questions. “Hey guys, I’m Ruston and I play guitar and sing vocals for brand-new Sydney band ‘Diver’. Today I’m playing host to my bandmates and asking them questions about our formation and debut single ‘Seabreeze Motel’.

Myself and Michael (keys) started jamming together a few years back but it was only this time last year we decided to get serious and start playing for the people. It was around this time we met our drummer Miller Brand. He’s probably a good place to start.”

RUSTON: So we formed in Sydney, but only I was born here. Tell us where you’re from and how you ended up in Sydney?

MILLER: I grew up in Lennox Head, Northern NSW. I moved to Sydney in 2019 to pursue a film acting career after graduating from drama school. Music has always been a passion of mine, plus I didn’t know anyone in Sydney, so it felt like it was a good way to meet people. I threw an ad up on Gumtree to connect with other musicians and linked up with Rus and Michael soon after moving. Things progressed really quickly and we began writing and working on a set for live shows. Music took centre stage overacting, and we haven’t looked back!

RUSTON: It didn’t take too long before we set out to record our debut single. Seabreeze Motel started with a riff from Michael, which is kind of the opposite of what we usually do. Mick, how did it all start for you?

MICHAEL: The riff came to me gradually, as they all do when I’m noodling around on the piano. It was originally played much slower. I recently found an old acoustic demo Rus and I put together of Seabreeze Motel and it feels totally different. I think we really took the tempo up with the arrival of Miller. As for influences for the keys, I was going through a bit of a The Doors phase at the time. I think the rhythm of the riff was probably inspired by Break on Through.

RUSTON: We chose a pretty shit year to start a band and release our debut single. When Covid struck we had to kind of do the long-distance thing with Miller back in Lennox. How hard was that and how do you think we’ve done handling it?

MILLER: I moved back to Lennox Head after an overseas trip was cancelled due to Covid. I felt the band could still progress regardless of distance, and I was really missing home. Some sacrifices had been made, but I think we’re all on board and dedicated to making this work. We’ve all clicked really well and feel it’s worth the travel and compromise.

RUSTON: Speaking of inspiration, let me introduce you to our bassist Jordan, who joined the band back win February. Jordan, when you joined the band you brought a big energy and shift to the sound, who are some bassists that inspire you and your sound?

JORDAN: My number one has been Cliff Burton since the beginning but I’m also a big fan of Skyler Acord, Justin Chancellor, and Jon Stockman.

RUSTON: A couple of heavier names in there! Do you think coming from a different musical background and (your involvement in) previous heavier bands changes anything in regards to the band dynamics?

JORDAN: Not really, we all have our own different styles and we all listen to different types of music. It just helps us bring a bigger variety of ideas to the table.

RUSTON: Miller you’ve also played in a few hometown bands, most recently Garage Sale, and you’ve got a pretty strong connection to the scene up there. Who are some artists from up that way that you’re digging?

MILLER: I was in Garage Sale for a few years since its origin. I still follow closely their career since they’ve relocated to Melbourne. Wharves are another Lennox crew that have been killing the live arena for a while and have made huge leaps in overseas touring and recording. Their manager Nathan Luke also managers Garage Sale, and we all look after each other. Ben Luke, the bass player for Garage Sale started his own regional mini-festival Beach Sounds which supports new punk bands from NSW And south-east QLD.

RUSTON: Michael wrap it up for us, what’s next for the lads?

MICHAEL: At the moment we want to get gigging and flog this Seabreeze Motel horse to within an inch of its life. At which time we’ll roll out some of the tunes we’ve been working on. The rate at which the band comes up with new tunes means unless we record them, we’re likely to forget forever.

So before you forget, enjoy the debut single from Diver, Seabreeze Motel, below : 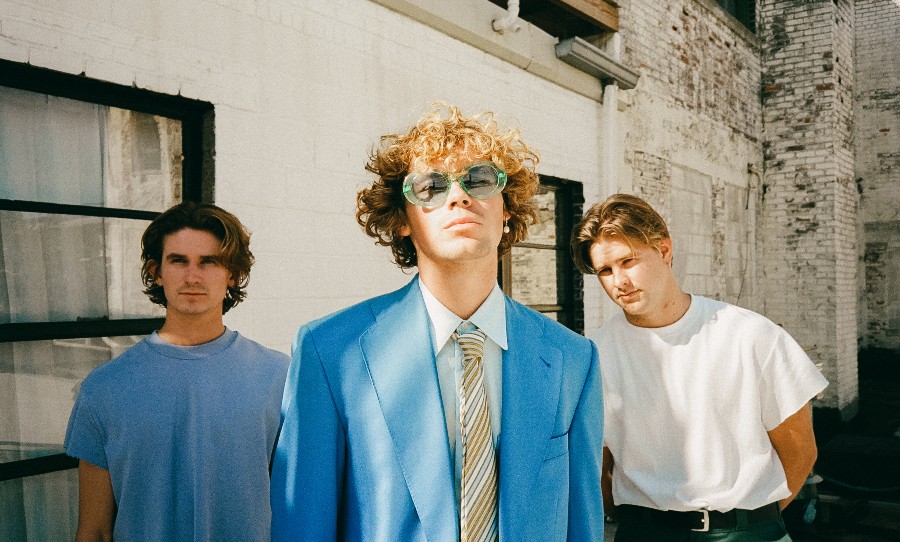