It’s nothing revolutionary to say that music feeds off tension. For generations, songwriters have been melting band drama into melodies, crafting teaming universes in which both audiences and themselves can find comfort amongst the weather of twists and turns that life hurls at us. This tension can be emotional, interpersonal, or even social, yet it lies in every song. It’s what keeps us listening.

It’s therefore no surprise that this tension can sometimes come straight from within the studio. Many have said that there’s no greater heartbreak than watching your favourite band slowly crumble and fall apart, leaving wounds that can never be fully healed. But, is this drama the key element that makes your favourite songs so timeless?

The cardinal question has reared its ugly head yet again: why do the best groups always break up? We’re diving into some of history’s greatest band drama moments to see if there’s a connection between what happens behind closed doors and musical brilliance.

In addition to a legendary sound, countless hits, and a timeless brilliance, what else did Fleetwood Mac contribute to music history? The capital rule that dating your bandmates will never be easy. As the story goes; marital breakdowns, an ever-revolving lineup of talent, an affair, and cocaine addictions were all spots upon the band’s turbulent timeline. Yet amidst all the drama, the group still managed to produce songs with the potential to fill stadiums decades later.

It’s an irrefutable fact that Fleetwood Mac’s crowning glory lies in their 1977 record Rumours, the album that spun music into a mirror of artistic reality. Recorded shortly after the McVie divorce and in the midst of Nicks and Buckingham’s troubles, the group cast aside all predispositions, spinning lyrical allegories into a collective catharsis and a scathing reflection of life’s heartache. A confessional pressed into vinyl, if you will.

Thematically, Rumours is an album teetering on the edge. With each song, the group slowly sands down the barrier between artist and audience, relinquishing an agonising and immediate honesty that manages to capture hearts to this day. Yet the record is dreamy; pain unfurled in a plateau of melodic bliss. Soft, inviting, and warm even, all concealing the conflict working beneath.

Whilst songs like Nicks’ ode to self-destruction Gold Dust Woman, Buckingham’s strident breakup anthem Go Your Own Way, or Christine’s enlightened ballad You Make Loving Fun all layer suffering behind misty hooks, the band finally allows themselves to scream during The Chain. Harsher and deeper than its accomplices, the song finds freedom in unshackled riffs and a melodic peak that overflows with resentment.

Nicks and Buckingham then layer on a collective saga of betrayal through their lyrics, detailing the emotional restlessness felt by the five members. “And if you don’t love me now, you will never love me again. I can still hear you saying you would never break the chain,” the then-couple harmonise.

It’s no surprise that audiences were entranced by the drama. “When Rumours went crazy, I just couldn’t bring myself to feel strongly about the album,” Buckingham told Rolling Stone back in 1984. “At some point, all the stuff surrounding it started to become the main focus. There was a gap between what I felt was important internally – what I had accomplished musically – and the popular acclaim.”

Rolling Stone even ranked the record number 26 of the greatest albums of all time, celebrating the band’s aptitude for weaving “private turmoil into gleaming, melodic public art.”

“Rumours remains so powerful because it’s so ruthlessly clear-eyed about the crisis, instead of smoothing it over,” Christine McVie told Rolling Stone. “After all the tantrums and breakdowns and crying fits, the album ends with Stevie Nicks asking you point blank: ‘Is it over now? Do you know how to pick up the pieces and go home?’ If the answers are ‘no’ and ‘no,’ you flip the record and play it again.”

By the time their next album Tusk (1979) was ready to record, the band were reportedly so at odds that they couldn’t even decide which tracks to release. In amongst defining melodies and a legendary drama, it’s clear that Rumours’ cultural significance stems from the underlying bitterness and agony captured by each of its creators.

Would a band breakup list even be complete without the most famous musical drama of them all? Ever since their 1970 separation, The Beatles have been thrown every possible fan-made scenario as to why they decided to call it quits. Was it due to McCartney’s perfectionism? Was it really the influence of Yoko? Lennon’s heroin addiction? Or, maybe even McCartney’s decision to step up following the death of their manager in 1967? Regardless of the reason, the resulting news thoroughly shook the world.

Leaving the studio for good in 1969, the group produced what has long been considered their greatest achievement to date: 1970’s Abbey Road. Although released before Let It Be, the record was The Beatles’ conceptual epilogue, forged amongst splintering relationships and irreconcilable creative differences.

Pooling an unshakeable temporality together with the group’s quintessential stylings, the record is 47 minutes of unbounded vision, boasting a scale of conceptual imagination and sonic resolution that’s rarely been seen since. Such a creation only deepened the agony felt by fans once McCartney publicly pulled the pin, leading many to argue that the group split at the height of their talents.

Yet, the record shines its brightest as a collective entity. While Lennon’s Come Together, Harrison’s Here Comes the Sun, McCartney’s Oh! Darling, and even Ringo’s Octopus’s Garden all engraved their way into music history, Abbey Road was produced as a complete image, the group’s lasting impression on the industry they had modelled. It is an album to luxuriate in, a haven which allows you to melt into your surroundings.

Side Two’s seamless 16-minute medley is everything that you would expect from The Beatles’ final act. Beginning with McCartney’s You Never Give Me Your Money, the group stretches rock ‘n’ roll into its most grandiose iteration. Storming hooks, a melodic utopia of normality, grainy visuals scraped through poetry, all culminating in the divine conclusion The End.

However, the Abbey Road sessions were characterised by bickering, petty drama, and the occasional lawsuit. A year later, the band publicly announced the end, 13 studio albums in tow. While there are some who consider 1967’s Sgt Pepper’s Lonely Hearts Club Band the group’s greatest achievement, including Ringo himself, it’s undeniable that the sheer force of Abbey Road holds its cards against all other releases. It was their farewell; divided, nostalgic, and magnificent.

“After John died there’d been a lot of talk of who did what, and who liked who,” McCartney explained to GQ, detailing his 1982 solo track Here Today. “Did the Beatles argue? I was almost buying into this idea that John and I were fighting all the time, I just remembered it wasn’t true.”

A connection so poignantly captured by The End’s final words: “And in the end the love you take is equal to the love you make”.

If ever a band needed their own reality show, it would be Oasis. Liam and Noel Gallagher’s feud has been the stuff of legend for years, with no one really knowing how it began or why it continued. Both have admitted that their sibling rivalry began from  birth, with Liam also adding the juicy tidbit that their clash may haven arisen from a drunk stereo incident. The Gallagher drama is chaotic, suffocating at times, but incredibly entertaining.

With the band’s entire lifespan defined by their ongoing quarrel, Liam and Noel seemed to have nailed down the art of pulling it together in the moments that mattered; gigs, recording, executive decisions. However, in 2009, 30 years of turmoil finally boiled over. A Paris gig quickly turned into a backstage brawl, all resulting in the destruction of Noel’s guitar at his brother’s hands.

“It is with some sadness and great relief to tell you that I quit Oasis tonight,” Noel Gallagher penned after the incident. “People write and say what they like, but I simply could not go on working with Liam a day longer.” Spoiler alert: the end of the band didn’t stop their quarrel in any shape or form.

It doesn’t take much to peg the brothers’ 1995 record (What’s The Story) Morning Glory? as their most lasting body of work. Such a legacy has seen the album scratched, pulled, and plugged in every possible way, yet its sedate symbolism and heart melting melodies never fail to disappoint. The sweeping emotions of Hey Now!, Don’t Look Back In Anger, and Some Might Say have become cultural addictions, while the record’s leading single Wonderwall will always pull a crowd, especially at 2am in the pub.

Yet in a dramatic turn of events, Oasis aren’t even the crux of our little investigation. In fact, their story proves quite the opposite. Despite navigating a career filled with contention and bitterness, (What’s The Story) Morning Glory? was only the band’s second album, released over a decade before their infamous split. For years, music critics have agreed that the record was their peak, followed by albums that still displayed quality, however were frayed at the edges from years of turmoil.

In a ranking of every Oasis album, NME nearly lines up the Gallagher’s discography in descending chronological order, with Definitely Maybe (1994) and (What’s The Story) Morning Glory? ranked at the top, and the group’s final work Dig Your Soul Out (2008) at the bottom.

The disintegration of Oasis highlights an imperative balance required in music; a level of tension necessary to capture striking and transcendent songs, but only if the artist is able to restrain this instability from consuming the songwriting process.

Music, as an art form, is exposing. Artists are rewarded for vulnerability, encouraged to completely relinquish themselves of any emotional hesitation. The record is then elevated from a melodic collection into a spiritual mirror; presenting our innermost agonies that are rarely spoken aloud.

When cracks begin to emerge within a band, this tension will echo throughout any of their work. Whilst it is captivating to follow the lives of our favourite groups, this undercurrent will ultimately allow audiences to locate themselves in the passionate collision penned by the artist. Finding meaning within melody. It’s hypnotising, it’s assuring, it’s the premise of music’s most enduring songs.

But at the end of the day, there’s only one band who truly prove that angst, turmoil and grief within a group will undoubtedly produce the most immortal melodies, the most captivating sojourns. A band who the entire world is still grieving to this very day, so influential that I don’t even need to spell out their name… 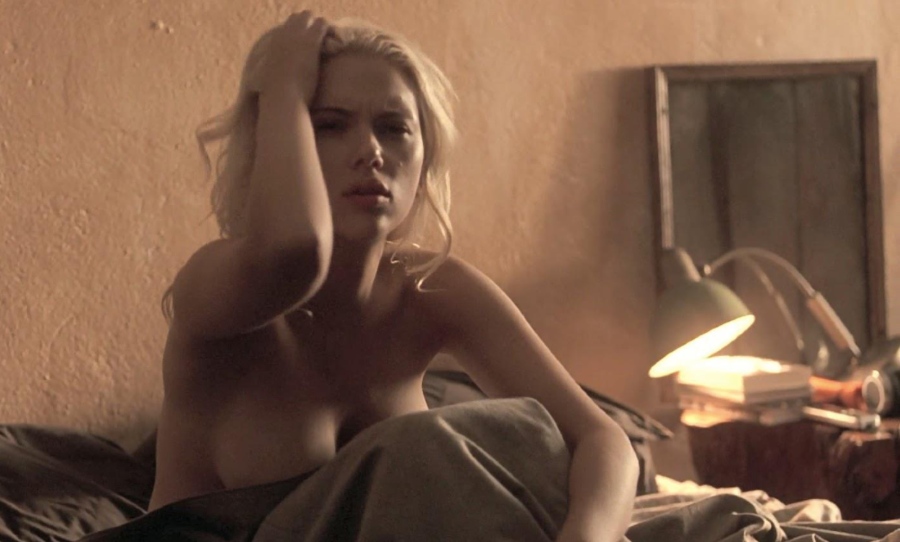 Scarlett Johansson confirmed she never had sex in an elevator Will Smith seems to have punched Chris Rock at the Oscars