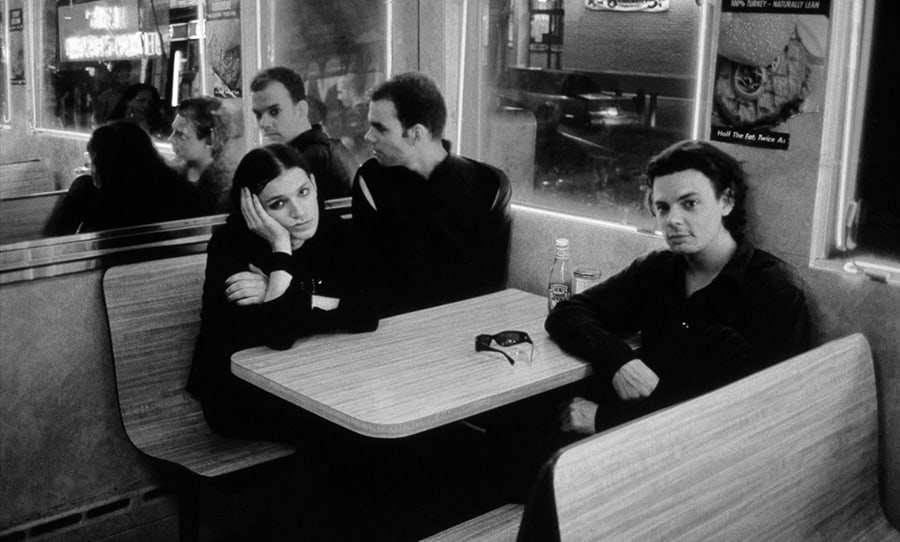 In ye olde days of the late ‘90s, a little trio called Placebo burst onto the English rock music scene in a storm of androgyny, unrepentant queer sexuality, and equally unrepentant substance use. After breaking out with eponymous 1996 debut record (featuring top five single Nancy Boy), Placebo were able to earn themselves the dubious honour of being titled “the filthiest band in Britain” as well as the legitimate honour of being invited to play at David Bowie’s 50th birthday party in New York.

The second record, Without You I’m Nothing, cemented Placebo’s status in alternative rock and marked the difficult passage of an indie band becoming a major rock act – with all the behind-the-scenes growing pains and confusion thereof. As bassist/guitarist, Stefan Olsdal, encapsulated in the October 1998 issue of Guitar Magazine, the album was “harder and softer… louder and quieter!” For their second album, 90s alt-rockers Placebo decamped to a tranquil studio in rural England to make a record that was anything but: here’s what went into the making of Without You I’m Nothing.

An Album Two Years In The Making

There then followed an interim in ’97, during which the group jumped to Virgin Records. It wasn’t until ’98 that recording began, at a place called Real World Studios owned by Peter Gabriel. Located in rural Wiltshire, the studio was in the middle of such tranquil nowhere that Olsdal worried the group would “lose [their] edge and make a folk album.”

He needn’t have worried. The three months the band spent away from other distractions resulted not in folk but necessary productivity, with all but one of the album’s tracks completed – the last was an international hit and career highlight Pure Morning, conceived after the initial production process.

Written at London’s Livingstone Studios, Pure Morning also is notable for being the only track on Without You I’m Nothing not produced by Osborne. With the rest of the album done and dusted, the band jumped to producer Phil Vinall (Pulp, The Cure) to make the most of the song – which would then get upgraded from b-side to the record’s leading single.

Considering the group’s admitted mixed feelings about their collaboration with Osborne, it’s hard to say if things would have gone the same way without a producer switch. What is clear that in an album dominated by the dark and downbeat, Pure Morning is a chugging display of joie de vivre.

The Exploratory Surgery of Creation

After the manic post-punk of Placebo, the band went with producer Steve Osborne with the intent to create a more modern, Pro Tools-driven record. Having “a foot in the dance camp and a foot in the rock camp,” Osborne was the man at the time for it, as expounded by frontman Brian Molko for MTV’s 120 Minutes.

Molko would later express mixed feelings about both the album’s production and their dynamic with Osborne, which purportedly “didn’t spark the way we wanted it to spark.” Yet, this creative unease arguably is exactly what made Without You I’m Nothing what it is – a frustrated, brooding portrait of growing up that Placebo themselves didn’t quite comprehend. The record also was engineered in-part by Paul Corkett, who did get along creatively with the group enough to return for their third album, Black Market Music.

After a debut dominated by Molko’s songwriting, Without You I’m Nothing also marked an evolution for the group in presenting a greater balance in both composition and performance, with Molko primarily embracing the vocalist role.

It was established among the group that the instrumental sections were to be played by whoever wrote it – Olsdal thus took up most of the guitar duties, highlighted in Every You Every Me and My Sweet Prince (on the latter, he’s actually on guitar, bass, piano, and drums). This rule of thumb also led to some interesting switcheroos, such as in Ask For Answers, which has Olsdal on guitar and Molko trying his hand at bass.

Meanwhile, Molko’s vocals themselves underwent something of a transformation, leading to a more mature Placebo sound all-round – tired of “the helium-soaked Molko” descriptions surrounding their debut, the man decided to utilise his range and “sing properly,” as he asserted back in August 1998: “I think my register’s dropped a little bit from all the drinking and smoking as well.”

The Purging of Demons

At the heart of Without You I’m Nothing, as indicated by the very title, is a pervasive, slow-burning loneliness – it’s the “post-coital depression album,” so to speak. Molko himself described it best in the August 1998 issue of NME, calling it “a 12-headed monster”: “It’s got 12 different personalities. And no, they’re not all mine.”

Most interesting of these other personalities might be Brick Shithouse which, apparently, is “a ghost story, about somebody watching their lover make love to the person who killed them.” Or perhaps it’s really My Sweet Prince, written from the point-of-view of an ex-girlfriend tragically addicted to heroin.

Elsewhere, Molko vaunts a trademark cutting self-awareness (bordering on self-indulgence), such as Cruel Intentions soundtrack opener Every You Every Me, which is apparently about “everybody who’s had the displeasure of sleeping with me… I want to stress that I said displeasure there.” Pure Morning stands out among the pack for being conceived free of tragedy or cynicism – it’s reportedly just a celebration of Molko’s female friends.

Central to the sound of Without You I’m Nothing is the band’s idiosyncratic use of guitars. Inspired by the style of Sonic Youth, Molko was known to tune his Fender Jaguars to a penetrating F-Bb-Eb-G#-C-C configuration, best exemplified in Pure Morning.

Indeed, Molko was a big fan of the Jaguar. According to an Alternative Press interview in August of 1999, he owned no less than three, all supposedly female and named “Bitch,” “Goddess,” and “Tattoo.” Olsdal too relied on Fender, namely the XII electric 12-string and Jazz bass. Fender aside, the band was also known to use the Gibson SG, strummed to great effect in the iconic Every You Every Me.

When it came to effects, Placebo’s principles were simple – distortion, and cavernous reverb. This was achieved with a Marshall stack (no holding back on the overdrive), a Fender Twin, and a Roger Mayer Voodoo Distortion. For live shows, Molko also was fond of everything Boss – including the DD-3 Digital Delay, TU-12 Tuner, and PSM-5 Power Supply + Master Switch.

A peculiar new addition for Without You I’m Nothing was the Fender VI six-string bass guitar (often confused for a baritone instrument). After stumbling across their first VI in a L.A. shop, the members embraced the instrument for being “not right” and promptly made it a part of their recording setup (with careful EQ-ing of the bass end).

For Molko, much of the appeal was the rebelliousness factor, as he boasted to Guitar Magazine in October 1998: “That guitar really scares producers and I just love that. At one point Steve Osborne called it the bane of his whole existence.”

Tuning and gear peculiarities aside, an important facet of Placebo’s guitar sound is their hatred of solos. Being a trio, the band has opted to do away with the conventional lead and rhythm guitarist setup in favour of exploring the art of eccentric simplicity; Without You I’m Nothing is just one instalment in a long career of such.