Fallout 5 is confirmed: here's everything we know about the next instalment
Skip to content
[gtranslate]
DS The Fallout franchise is one of the jewels in the Bethesda crown. Naturally, talk of a potential Fallout 5 is heating up. But will it ever happen?

Few series have captured the collective imagination like Fallout. Set in a tantalisingly near but terrifying future, it builds on the legacy of the 20th century but cleverly diverges from it. It’s a storyline that’s supported many games over more than 20 years, so fans are naturally asking: where is Fallout 5?

Unfortunately, Bethesda is yet to confirm the development of Fallout 5 — but judging by the long periods in between instalments thus far — that doesn’t mean that this series is dead. Read on as we round up the rumours and ask when Fallout 5 will become a reality. 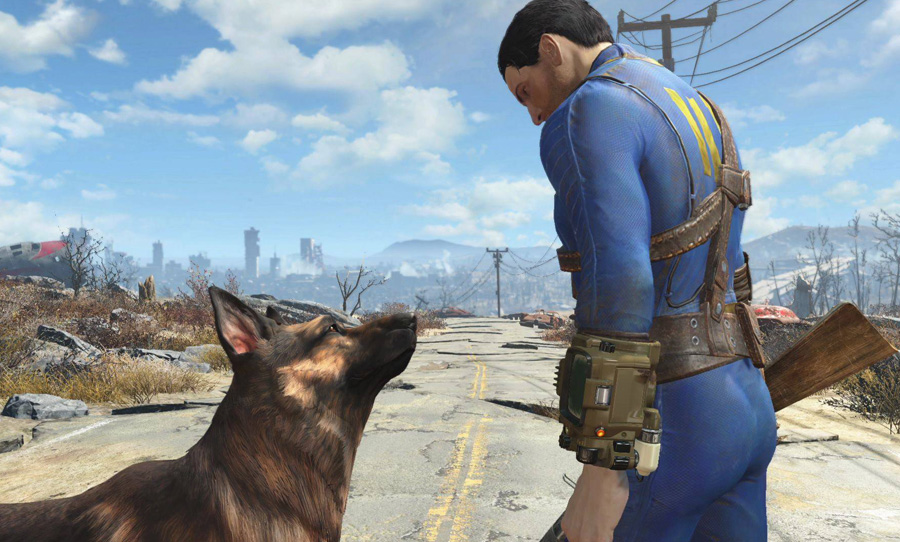 Not if, but when?

At the moment, Bethesda has a lot of irons in the fire. Between just two titles, Starfield and the mythical prospect of The Elder Scrolls 6, there’s a lot of potential waiting time to endure. But how much exactly? Consider this: Bethesda released a teaser trailer for The Elder Scrolls 6 back in 2018 and have been talking about it since a couple of years before that. And even that game doesn’t have a release date.

Some optimistic predictions have it slated for 2022, but with Bethesda’s upcoming schedule of blockbusters, that doesn’t seem realistic. Bethesda chief Todd Howard has alluded to the fact projects do intertwine in development, so there is potential for the studio to be working on Starfield, The Elder Scrolls 6, and Fallout 5 at the same time (and holding their cards close to their chest). But barring a massive surprise from the company, eager fans shouldn’t expect any announcements soon. Sad, I know.

And will it be an Xbox/PC exclusive? Well, we can’t imagine that Microsoft wouldn’t spend billions on Bethesda without making flagship titles exclusive. So expect to be playing Fallout 5 on PC or an Xbox Series Y, rather than a PS6.

Still waiting for Elder Scrolls 6 & Fallout 5! Me and about a billion other people! pic.twitter.com/p9VkQr58K9

This is one of the more tantalising questions around Fallout 5: will it right the multiplayer wrongs of Fallout 76? The launch of that game, in particular, was plagued with issues. Bethesda even admitted as much. While they were in the midst of celebrating 100 days since the release of the game, they confessed:

“…we know the game had a difficult launch, and we’ve made mistakes along the way. We share in your frustrations when we do. We’ll probably make a few more, and when we do, we will work to correct them as quickly as possible. Know that we’re fully dedicated to making this game the best it can be – and even more so, a platform for endless Fallout adventures for years to come.”

Of course, where the multiplayer and social aspects of gaming will be at the time of the release of Fallout 5 can only be guessed at. If we’re looking at a release date closer to the beginning of the next decade (unthinkable!), who knows what the expectations vis a vis multiplayer will be. We can only hope that if Bethesda does go down this road, the lessons of Fallout 76 will still be fresh in their mind.

Central to the lore of the Fallout games so far is its sense of place. Touring around America, it has taken in California, Appalachia and in Fallout 4, the Atlantic northeast. The rumour mill has Fallout 5 heading down south, to New Orleans to be specific after a ‘Fallout New Orleans’ trademark application was spotted online in 2016. In other words, not really concrete evidence.

But, it makes just as much sense as anywhere else and considering that the franchise has never visited the Bayou, why not this time? Chicago, the famous mid-western metropolis has also been a topic of discussion. But would it be an exciting new chapter in the plot to take it international? Only time will tell.

Starfield is next, and even that needs another year or two.

Much like The Elder Scrolls 6 (at least that game has a teaser trailer), there’s precious little to go on, except the will of the fans who are desperate to keep the series alive. Here’s hoping that the Fallout adventure has got a few more chapters yet.

There is still no official Fallout 5 release date. However, we have at least recently received confirmation that it will be Bethesda’s biggest priority – right after they finish work on The Elder Scrolls 6. Which unfortunately, will only really start after they have released Starfield.

Or as Bethesda CEO Todd Howard put it: “Yes, Elder Scrolls 6 is in pre-production…And, you know, we’re going to be doing Fallout 5 after that, so our slate’s pretty full going forward for a while.”

So I guess what we are saying is that a Fallout 5 release date is still an awfully long way away. Nonetheless, it will be interesting to see what gameplay tweaks Bethesda makes in Starfield, as the most successful elements may find their way into the studio’s other franchises.

Stay tuned to this page for all the updates!