Starfield is an upcoming sci-fi RPG by Bethesda Softworks, the makers of The Elder Scrolls and Fallout. It’s reported to be epic in scope and is accompanied by some epic hype to match, so we decided to break down everything we know about the highly-anticipated game so far.

It’s difficult to talk about Starfield without talking about Bethesda Softworks. The hugely influential studio is behind some of the most acclaimed role-playing video games of the last two decades. The Elder Scrolls and Fallout series (well, at least 3 and 4) are their crown jewels, and serve as proof of the developer’s ambition, talent, and importantly, ability to execute.

Starfield, which was initially announced all the way back in 2018, marks the first original IP that Bethesda has created since they first released The Elder Scrolls: Arena in 1994. That’s over 25 years that the studio have been sharpening their creative tools, and assembling the relevant teams, to accomplish what promises to be their most challenging project to date.

However, details beyond how amazing and exciting Starfield will eventually be are somewhat sparse, to say the least. For years, interested gamers have had little more than their imaginations to go on – other than a teaser trailer that was so non-descriptive it could have been advertising Elon Musk’s latest form of quackery.

Will there be aliens? Will those aliens be playable? The people have questions.

Thankfully, after years of speculation, we’ve had some concrete information brought to us through the 2021 E3 conference. Bethesda’s Todd Howard has promised more footage and information closer to game’s release, but until then we’ve got you covered for everything Starfield-related.

An update on Redfall and Starfield. pic.twitter.com/pqDtx26Uu6

Starfield has been given an official release date of November 11, 2022.  If Bethesda is able to stick to that schedule, it will still have been over four years since the game was originally teased – which is a pretty long time to leave everyone hanging.

That said, according to Howard, the game itself has been in development for much longer than that.

Considering how common delays have been over the last year, it remains possible that we won’t see Starfield until 2023. But with all four of Bethesda’s development studios (Maryland, Austin, Dallas, and Montreal) at work, and Microsoft’s strong desire to release an exclusive Game Pass AAA title as soon as possible, it seems unlikely.

Which consoles will Starfield be available on?

Starfield will be released on Game Pass on day one, meaning that subscribers won’t even have to purchase the game. While some have referred to this information as proof that the game will be an Xbox exclusive, that isn’t exactly the case.

The days of console exclusives seem to be over for Xbox, and to a lesser extent PlayStation. Rather, people will be able to play Starfield on Xbox Series X/S, PC, or whatever else they can install the Game Pass application on.

I'm not apologizing for exclusivity.
I don't "have" to do anything.
Some of our fans are upset/angry, and I'm sorry they are. That isn't wrong, or weird. It's acknowledging how they feel.
That's it. That's my whole point.

The only gamers that will feel that they are missing out are PlayStation owners – to which Bethesda’s SVP Pete Hines has apologised:

“I don’t know how to allay the fears and concerns of PlayStation 5 fans other than to say, well, I’m a PlayStation 5 player as well, and I’ve played games on that console, and there’s games I’m gonna continue to play on it. But you know if you wanna play Starfield… PC and Xbox… sorry.”

“All I can really say is, ‘I apologize,’ because I’m certain that that’s frustrating to folks, but there’s not a whole lot I can do about it”.

The narrative and world of Starfield

Starfield is set roughly 300 years in the future, after humankind has left Earth to explore the farthest recesses of the universe. Or as Bethesda’s official Twitter succinctly puts it: “the beginning of humanity’s final journey”.

From what we’ve seen so far, the world doesn’t look overly futuristic; more Star Wars’ worn-out and slightly grimy interpretation of space travel than the optimistic sheen of Star Trek or the first Mass Effect game. Everything looks suitably lived in, which makes a lot of sense considering the proposed timeline.

Building on this, Howard has described Starfield as a “Han Solo simulator” or “NASA meets Indiana Jones”, which are almost perfect synonyms for each other. So, all signs are pointing towards a relatively realistic iteration of sci-fi, albeit one that is full of adventure and discovery.

What does sound a little bit more mysterious and fantastic is the story of Starfield. Howard has said a great deal about the story of the game without saying very much at all. Most interesting, at least to me, is his insistence that space travel suggests certain questions about religion – a train of thought which leads us to the whole ‘where do we come from, where are we going’ sci-fi trope.

We've come to the beginning of humanity's final journey.

For all, into the starfield. pic.twitter.com/F1KOnxLBy4

Howard stated that “we get into science, we get into religion”, which sounds suspiciously similar to Ridley Scott trying to explain Prometheus (for the record, I would absolutely love it if Starfield goes down a comparably horrific, tentacle-filled path).

Will there be aliens?

Quite simply, yet very importantly, there will be aliens. Considering the way things are looking currently, to leave them out would be a decision more closely related to fiction rather than science.

Bethesda have a strong track record of fleshing out their games’ worlds with a wide variety of creatures and species, both playable and non-playable. The Elder Scrolls’ diverse range of fantasy-inspired races demonstrates this point well.

Todd Howard, in an interview with the Telegraph, confirmed that there would not only be alien creatures, but fully-fledged alien races.

A few of these aliens can be seen in the released Starfield concept art, one image in particular showing off a group of large insect-like creatures roaming through an arid-looking desert landscape.

Taking into account the size of these creatures, it seems highly unlikely that gamers will be able to play as one. My theory is that these behemoths will be used in a similar way to the dragons of Skyrim, acting as challenging chance encounters.

Starfield will be set in The Settled Systems – a giant expanse that extends out from our Solar System roughly 50 light-years. In the following trailer it was confirmed that space pirates, religious fanatics and violent mercenaries all occupy space there too, serving as potential threats to players. So expect plenty of adrenaline-fuelled chance encounters with these outer space ruffians.

It has also been confirmed that robots play a reasonably important role in Starfield, and that they “kind of” could be thought of as companions. This piece of information which will likely summon up some mixed feelings for those who played Fallout 4, although in theory I’m excited by the revelation.

Judging by the press so far, Bethesda are determined to incorporate a more in-depth approach to the role-playing mechanics of Starfield than their other recent games. If you compare the customisation, freedom of choice, and skills systems of The Elder Scrolls: Morrowind with The Elder Scrolls Online or Skyrim, it isn’t difficult to see what they are getting at.

Coinciding with the widespread recognition of the studio is their adoption of a more casual approach to role-playing systems. However, the critical reception to this philosophy has grown more icy with each title, culminating in Fallout 76 being widely panned on release.

It appears that Starfield is a response to this criticism, an attempt to demonstrate that the team at Bethesda still have what it takes to create a rich, complex RPG – that is still commercially viable.

So things to expect include; a steep learning curve, progression/levelling decisions with real consequences, dangerous exploration and, possibly, no level scaling. Also, if Starfield goes down a similar path to Morrowind, be prepared for an extraordinarily tough first fight – I can still remember the horror and frustration of being brutally killed by a flailing worm the size of my foot.

In an AMA on Reddit, Bethesda director Todd Howard confirmed this approach, stating:

“Really excited about what the team has done with character creation here. Including choosing background, skills, etc. You also can pick your pronoun (he, she, they) and we’ve recorded all the relevant dialogue to support that choice.”

Starfield promises players an unending sea of stars and space to discover. Populating this immense expanse will be thousands upon thousands of planets, moons, and other phenomena – which players will be intent on exploring.

However, as you may imagine, creating this sort of scale in a video game would require an unprecedented amount of work.

Bethesda’s response to this problem has reportedly been to populate the universe of Starfield with procedurally-generated planets, a process that falls in-between randomly generated and developer-made content. This means that each player’s experience of the game will be slightly different; made of the same blocks, but in a different configuration.

It’s an elegant solution, and has been proven to be highly successful if used effectively, as evidenced by the PlayStation 5 hit Returnal. On the flip side, using computer-generated content carries with it various risks – the building blocks will occasionally assemble in an order that isn’t as engaging as another configuration.

Having a human influence helps to negates this, but obviously requires resources and time. Hopefully, Starfield manages to strike the right balance and ends up having an engaging exploration gameplay loop.

Bethesda have a long-running history of supporting modders by releasing official toolkits. According to Todd Howard, this isn’t set to change with the release of Starfield.

The music of Starfield

Bethesda have nailed down longtime collaborator Inon Zur to handle the music of their sci-fi epic. While on the one hand it’s not a particularly surprising announcement – Zur has composed the music for all of Bethesda’s Fallout games – it is difficult to fault.

The Israeli-American is a legend of the industry with over 20 years experience in the field. He has worked on some of the most celebrated video games of all time, including: Baldur’s Gate 2, Dragon Age, Crysis, and most recently Outriders. Expect a sweeping orchestral score that will transport you into the far future… hopefully with vintage synthesisers.

Update (April 28, 2022): Bethesda have just put out a fascinating discussion between Starfield composer Inon Zur and Audio Director Mark Lampert. So if you’re looking for a sneak peak into the soundscape of Starfield be sure to check it out below.

Sorry team, there is only enough space for one. There will be no multiplayer in Starfield.

Starfield will include… Ladders!

Look at me being a cheeky little writer and saving the most important information for the bottom of the page. When asked on Reddit if Starfield would include any major technological innovations, compared to Skyrim, Todd Howard was coy. However, when pressed on the issue he let this golden nugget out into the universe:

“Despite the advent of super-computers and next gen hardware – ladders are our arch-nemesis. It’s an animation, and we use sparingly.” Ladderfield is coming.

Watch this space for more updates!

Starfield is still a good while away, and as such, will have more information released as we approach the launch date. We will keep this page updated, so make sure to check back in every once in a while.

Until then, perhaps check out one of our favourite new games. 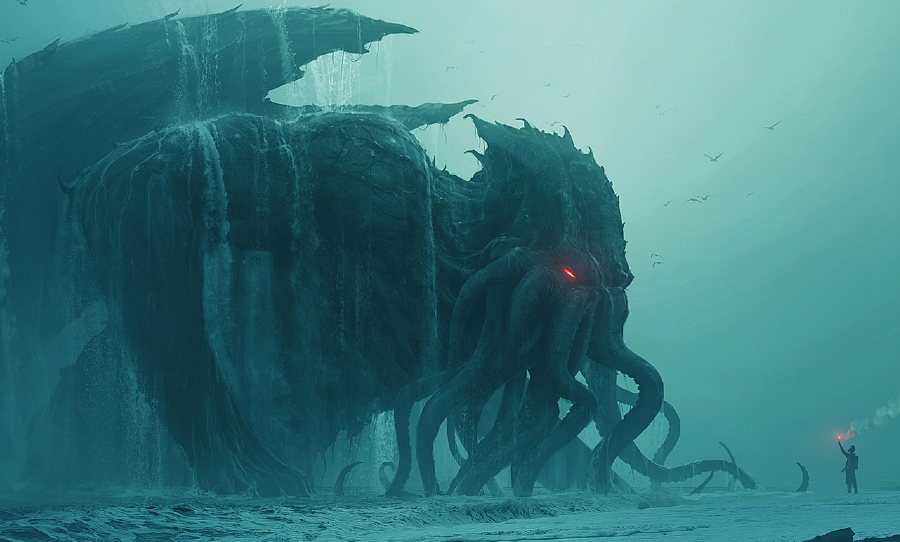