The two latest Gorillaz releases Humanz and The Now Now plus their subsequent world tour will be receiving the ‘behind the scenes’ treatment in upcoming documentary Reject False Icons, showing in select theatres for one night only on December 16th.

The project is directed by Denholm Hewlett, the son of Jamie Hewlett, animator and one creative half of the band. A press release reveals Reject False Icons will commit “ the band’s every move for three years” and promises an “…immersive journey into the world of Gorillaz and its extended family… featuring never-seen footage, where the virtual meets the real.” Wanna see how two giant, star-studded Gorillaz albums were created? Well, if you can nab a ticket, you’re in luck.

So, on top of getting to see Damon Albarn work his magic in the recording studio and Jamie crafting the current incarnations of his jaw-dropping animated toons, let’s not forget the massive featured artists list these two albums amassed.

Needless to say, as stand-offish as Gorillaz have been about the creative industry, and their suspicions and observations from 30 years of operating in one project or another, they’re always accommodating to their committed and intrigued fanbase. Gotta respect a band that consistently wows their audience and simultaneously lifts up the curtain for a peek behind the sorcery.

Also, if you’re eager to go digging, there have been some great documentaries in the past chronicling the creation of most Gorillaz projects.

Sign up here to get a ticket for this one-night-only worldwide event. 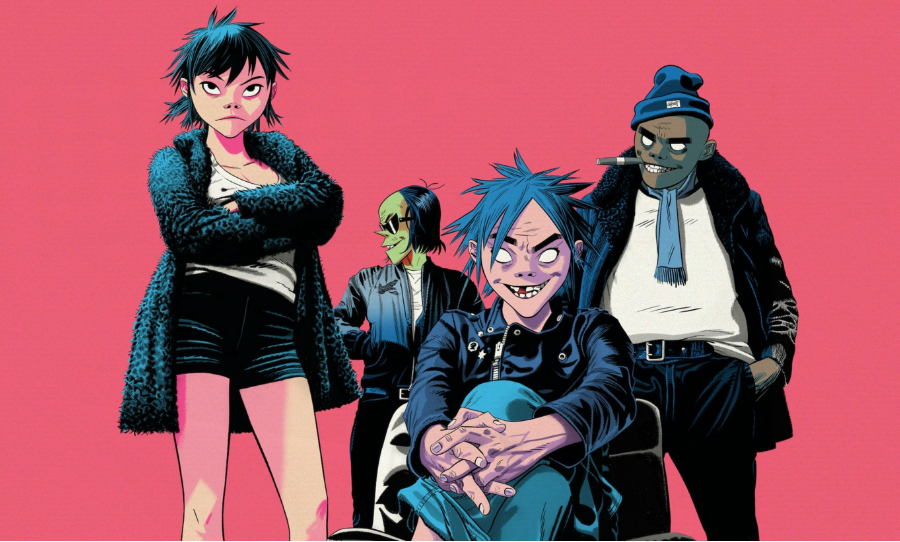