To say Hayley Williams is just the frontwoman from punk-rock turned dream-pop band Paramore would be the understatement of the century.

The album she swore to never release is a brilliant culmination of her life stories, inspired by the likes of Björk, Radiohead, Mr. Twin Sister, and Sade. Petals For Armor currently sits at #1 on the global iTunes Album Chart.

Petals For Armor is a masterpiece of music in which Hayley Williams begs her listeners to find strength in vulnerability.

Initially released as a three-part album, Petals For Armor takes you on a journey from rage to clarity. It begins with the lyrics “Rage is a quiet thing”, and finally ends with a song that features a sample of her “Grandat” singing his original love song Friends or Lovers: “Friends or lovers / Which will it be?”

long story, long – my Grandat is a crooner. i grew up hearing him play his love songs, written for my Granny, who he’s been with since he was 12 years old. my favorite was one he never recorded called “Friends or Lovers”. it is one of the most meaningful songs in my whole life. one day, i walked into the studio where Taylor was working on a love song of my own (“Crystal Clear”), he pressed play and i heard my Grandat’s voice, singing his song over mine. i have yet to get over the sweetness of that full circle moment in my life. it is a moment that will forever stay with me and will live on through whoever listens. here is the moment i surprised Grandat with a first listen, and then also a clip i secretly took of him playing his song at my house one evening. thank you Grandat and thank you T. 💛

“I walked into the studio one night and Taylor [York] pressed play and I heard it and I couldn’t believe [it]. ‘Cause he taped you when you didn’t know it when you were at his house,” Williams said to her Grandat, showing him the track for the first time in the car.

The album in its entirety is an unlikely collage of sounds, but it works. Every one of the tracks has a story to tell, and Williams’ soul sits at the heart of each one.

The second track on the album Leave It Alone explores the devastating complexities of depression and the grief of losing a loved one, written when her grandmother almost died after a serious fall.

“Don’t nobody tell me that god don’t have a sense of humour,” Williams sings. “‘Cause now that I want to live, well everybody around me is dyin’.”

Ultimately, the record wouldn’t have existed without the support of fellow Paramore bandmates Taylor York and Zac Farro, with Taylor producing the album and Zac directing a range of music videos.

“[Taylor] believed in me so much that he didn’t think he could do me justice, but anyone who listens to Petals For Armor will understand exactly why it had to be Taylor behind the board,” Williams wrote.

“I wouldn’t be half the artist I am without his impact on my life, musical or otherwise.”

i wanted to try and get this in before midnight here but i lost track of time! i’m so grateful to have made Petals For Armor with @tayloryorkyall by my side. no matter what life has thrown at us, this guy has believed in me… and vice versa. he was so nervous to take on this project as producer. he believed in me so much that he didn’t think he could do me justice, but anyone who listens to Petals For Armor will understand exactly why it had to be Taylor behind the board. he agonized over each part and he truly cared about the stories i was telling as much as he did the musical aspects of what we were making. i am humbled. i wouldn’t be half the artist i am without his impact on my life, musical or otherwise. okay, im done, i promise. thanks for a sweet album release day, everyone.

Similarly, Hayley refers to Good Dye Young business partner Brian O’Connor and legendary photographer and creative director Lindsey Byrnes as her ride or dies on My Friend: “You’ve seen me from every side / Still down for the ride.” The two have been an essential part of the crazy journey that has been the latter years of Williams’ career, and have both appeared in numerous Petals For Armor and Paramore music videos.

Leap forward to part two of the record, and Williams reveals the dark depths of her marriage and divorce in Dead Horse, detailing a decade of pain amidst layers of upbeat pop melodies; a difficult task to achieve in songwriting yet she executes it flawlessly.

“Held my breath for a decade / Dyed my hair blue to match my lips / Cool of me to try / Pretty cool I’m still alive,” she unapologetically reveals.

On Williams’ journey, this is the cliffhanger; the moment of climax. It shines a light on the darkest part of her experiences and poses the question of survival.

Pure Love, which Williams performed as part of her release day live-stream, would sit comfortably on Paramore’s most recent release After Laughter, serving new-wave synth-pop grooves and heart-wrenchingly honest lyrics: “To let you in is true compromise / Not just the friction of my skin.”

It was in this live stream that Hayley revealed the album took huge influence from Radiohead, as much of her music has in the past. This influence is perhaps reflected most in both Simmer and Roses/Lotus/Violet/Iris, evident in their experimental and underlying dark melodic tones.

She also revealed that the bassey dance banger Sugar On The Rim is a Gay anthem: “And that’s on equal rights… it’s official.” Echoing a similar vibe is Watch Me While I Bloom, the self-care anthem we all needed and a big fuck you to mental illness.

One of the most dance-worthy songs on the album is Over Yet. The chorus is reminiscent of a ’90s style pop song and you can pretty much picture Britney Spears and her backup dancers performing carefully choreographed movements on MTV as Williams sings over slick production. The verses of the song take a more power-pop stance, as if Williams is getting ready for the fight of her life. It is literally impossible to not dance to.

In all its shades, Petals For Armor embarks on a journey of self-discovery whilst tracing the narrative of Williams’ divorce, life in Paramore, and mental health struggles, before acceptance finally comes to fruition.

Speaking on her daily habit of writing out her thoughts, Williams reveals: “I know it sounds really simple and maybe even silly, but gratitude is proven to combat depression and negative thoughts.”

“It is incredibly helpful and will give you a lot of insights about how you really feel and who you really are.”

It’s safe to say that on Petals For Armor, she’s done just that.

Petals For Armor is out now, grab your copy here. 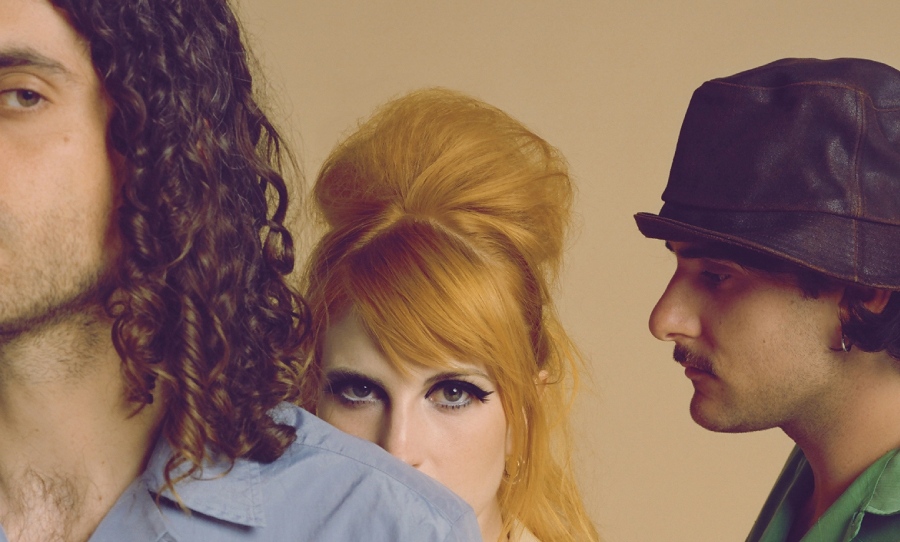 Did you hear 'The News'? Paramore drop new single and video for latest album taster