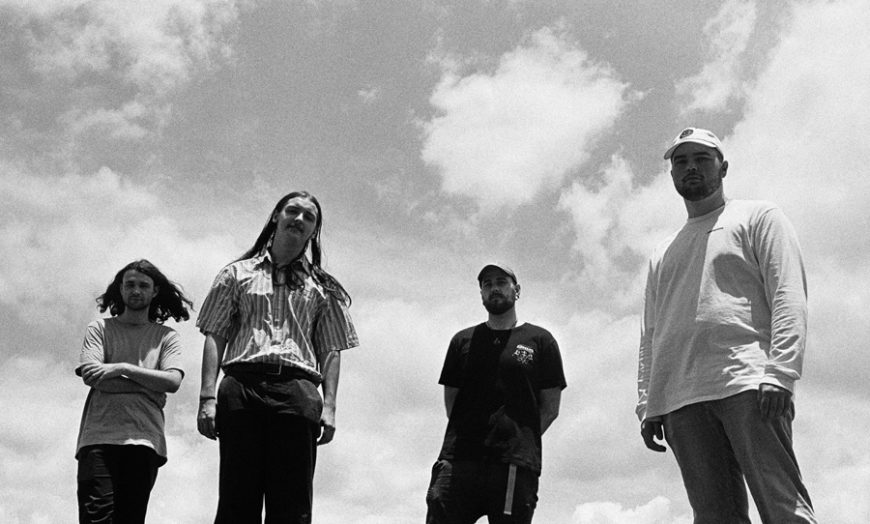 Join Brisbane-based quartet Hey Danger as they delve into their five-track self-titled EP. As you’ll find out, the making of the record was an epic journey.

This Hey Danger EP is a selection of tracks that were written over the course of three to four years.

The foundations of the songs’ parts being tracked by Jarvis Hill, with bassist Thomas White and lead guitarist Lachlan Cope writing and adding nuances to their respective parts. Daze is about moving on to something, or someplace, better than where you are now, and is one of the earliest songs I’ve written, I think I was around 17. I wrote this one with my brother in this two-piece band we used to have.

I wrote the guitar part in a way where it had this driving sort of bass line that carried in-between strums of the chords, as a way to compensate for us just being a two-piece at a time. Eventually, our bassist Thomas came along and the song really started to come into its own. Thomas and I recorded this one together at Bedlam in early 2019, before the band was fully formed.

Stop and Go is about the neuroticism that surrounds the loss, and search, of purpose and meaning whilst growing into adulthood. It’s about letting the people around you down and not knowing how to fix it, it’s about self-doubt, self-hatred and self-awareness.

When I wrote this one I was really struggling with anxiety over work, music, and everything else going on in my life, and wanting to just take a moment to stop and think about everything before moving on. Soon after writing this, I quit my job as an apprentice chef to focus more on music.

Jojo is about being so high that you fall into this pit of existential thought, and wondering what everyone around you sees in you and thinks of you. I think this is summed up in the opening line: “Sometimes I think about the way I think a lot.”

When I was writing this song I started with the bass line, and kind of built everything else around it. This really allowed me to focus on keeping it quite simple but using layering of different parts to fill it out. This also meant that the other band members were really able to add their own nuances into their parts, and really make the track a whole-band effort.

Lapis Lazuli is basically about being dumb teenagers; there’s not much else to it. Lapis was written when I was around 16, and also written with my brother as a two-piece. Seeing it grow and develop over the years has been awesome, having Thomas add his bass part in and also adding heaps of elements in post mixing with our engineer Steve Kempnich.

I didn’t really know how to write a proper song at the time I wrote this, so the track kind of follows this two-part structure; the first half and second half are pretty different, and there’s no real chorus or verse. However, that’s what makes me love this song.

So I’m Told is about not having enough confidence or self-assurance to know what you want in life or what actions to take, so you allow other people to rule over your life or make those choices for you. Although it makes things easier, you find that the path you’re taking isn’t necessarily the one you want to be on.

This the big 6-minute piece to close out the EP, and I have enjoyed working on it so much. I think this track is the one that the band was involved in the writing process the most; from Thomas’ bass lines to Lachy’s sick guitar solo in the bridge, it really was where we gelled as a band and made something great.