18 Year old Raury has had a whirlwind year in the music world, his album Indigo Child winning hearts and inspiring people around the world. During his maiden trip to Australia Raury opened up to Happy about his vision to inspire positive change in the world and having to battle his way through personal hardship to get to where he is now. 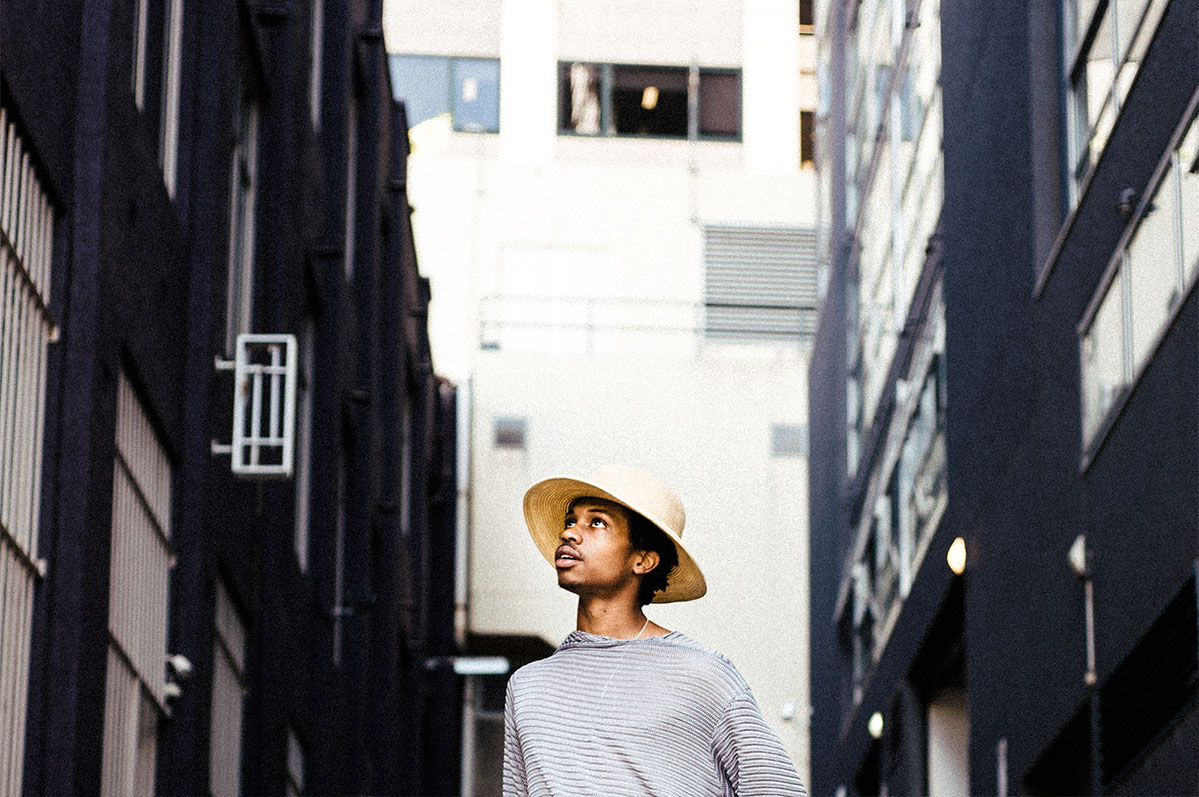 HAPPY: Hey Raury, so this is your first time in Australia isn’t it? Have you indulged in the traditional Australian cuisine that is the meat pie?

HAPPY: Well baked pastry goods aside this is still a pretty awesome thing for you to be here playing Laneway and other Aussie shows, did you ever think that your music would bring you here?

RAURY: I was always very hopeful that I’d be able to travel the world and see everything. I’m so glad I’m out here, and I’m so thankful for being out here. I think it’s really cool. I don’t think I’ve been able to experience Australia yet because I’ve been working so much. But I’d like to come back for a vacation trip y’know?

HAPPY: Well it’s pretty interesting seeing as how you’re 18, that at you’re age to be receiving such acclaim and now be playing on the other side of the world selling out shows. What was your journey like to get to this point?

RAURY: It wasn’t an easy one, I’ll tell you that my man. No matter what you try to do there will always be some sort of like, opposition or adversary to what you’re trying to do. There are a lot of non believers who will look at you and just be like “What do you think you are?” It’s taken a lot of faith in myself to not let anyone or anything deter me from what I want or what I want to accomplish.

HAPPY: In the past what kind of obstacles have you had to face to past?

RAURY: It’s just been, how do you say? Not letting people who have negative things to say – especially in the beginning, you’re tying to literally you’re dealing with people who don’t necessarily like themselves and try to tell you to quit. They’d give you ultimatums as to why you shouldn’t be doing what you’re doing. But I just have to stay true to myself. Other obstacles are things that can distract you, like drugs, so you have to make the right choices to take care of yourself and be on the top of your game for all these shows. HAPPY: When I listen to Indigo Child there’s sense of restlessness which reflects a lot of what you’re saying and a lot of ideas regarding youth, and there’s a line that goes “Will the thing you love today be what you love tomorrow”. That really struck me, what makes you question these?

RAURY: That’s just human nature, everyone should be happy. That’s why everyone has a job so you can put yourself in a better position so you can be more likely to be happy. This heaven, this nirvana is something people all want out of life. Everything we do is in pursuit of that. How we dress to how long we stayed out last night, it’s all about what makes you happy. With that being said, the things that we get, or the type of girl we can bag, or how good we are at this, are things that we hold on to show how awesome our lives are.

But eventually that stuff doesn’t matter and you’re out there looking for something else, it’s the lost diminished return. So, when I perform that song now I feel like I’ve found the answer to that question. I feel like the answer is finding something you truly love. I found music, it will never get old for me. Going out there and performing, looking at these people looking right back at me because they understand what I’m talking about because I fought to get to this place. Because I fought through that and stayed true to myself I’m happy. I don’t look at myself as a person who spends a lot of money on material things to glorify myself. A lot of artists who get to this position – a lot of people who make it in music are just talking shit about how much money they have or how big their houses are or how many girls they are fucking. All kinda lame shit like that. I just really want to be the opposite.

HAPPY: That’s a really, enlightened way on looking at how to live man.

RAURY: Yeah, the Indigo Child project, that was music I made to wake people up in a way. It’s really hard to make ‘conscious music’, or making music like that to sound corny. It takes a lot of re-writing and attention to detail in regards to what words your saying.

HAPPY: Well it seems like you really have a vision when it comes to your art. In ten years what do you hope to achieve through music?

RAURY: Well, a great driving force behind my music is the fact that there is so much disharmony and troubles in the world right now. All the killing that takes place, not only in America but in Nigeria, the Middle Eastern regions. And all these giant corporate criminals who are raping the land. All those kinds of people boil a fire in me, and I just want to figure out – I can’t. I can’t put out everything, but music is very inspirational and I could possibly be the soundtrack that inspires those people that actually do change things. I just want to be a messenger, a catalyst. For a thing to change today it will take more than just one leader. It’s gonna take an entire consciousness, so I’m just trying to feed that fire. I just feel I’ve got to use this gift to help serve the world. HAPPY: Well at Happy we always talk about things that make us happy, is pursuing this vision the thing that brings you the most happiness?

RAURY: The fact that I can use my music and inspiring people to be better versions of themselves is what makes me happy. Seeing every single message on Instagram or Twitter of people saying “Things are so mush easier when I have God’s Whisper when I’m doing this. I’m so happy that I’ve stumbled across this music“. Making music is like the umbrella, and all these things that come make with making music – the people that I’ve touched so far – that’s why I started making music. I realised how powerful music is when I heard Kid Cudi’s Man on the Moon. It literally kept me sane during my freshman year of high school. So music man is no joke, it’s not something to take lightly for what it can do for people.

Some people are very unaware of that and they go and make music for profit. Because the world is so dependent on money it can justify selling crack to your mum. Money now justifies sending your kid off to other countries to die. Money now justifies making music and poisoning your own people. Why? “Cause I’m making money that’s why”, that’s the excuse at the end of the day and I think it’s a bunch of fucking bullshit.

HAPPY: That’s a very honest opinion of the world my friend, and I have to say you’re one of the first musicians I’ve spoken to to have such integrity, and for that I salute you.

RAURY: Yeah, and by no means is everything I’m saying right. I’m not the end all be all of truth. I’m still aware this is my first year of music and if I’m planning on speaking to these people for the better I have a lot more to prove. I’ve never been this up front about how I feel about this shit until now. I’m just waiting until I’m in the right position to have a respectable opinion. Right now I’m still a nobody so I have to wait until my words carry, that’s why I’m working really hard to get to that point.

HAPPY: Wow. Well for what it’s worth I think you’ve already touched a lot of people.