LAUREL walks us through LIMBO CHERRY, an EP that cements her trajectory as one of the UK’s most intriguing pop artists.

LIMBO CHERRY is the stunning new EP from LAUREL, a UK talent who started to develop an international fanbase with her 2018 debut album DOGVIOLET. Though she’s very much a creative force who’s always pushing forward and rarely looking back, the new EP seems to straddle a liminal space between her earliest songs – balladry about growing up and heartbreak – with the so-called ‘new’ LAUREL: an ultra-modern popstar courting a maximalist aesthetic.

Our prediction is that LAUREL’s fans will see LIMBO CHERRY as the best of both worlds; a piece of the songwriter they originally fell for, and another of the superstar that she’s turning into. We caught up with the artist to find out more about her everlasting push to become better, a hall in the south of France, and more.

HAPPY: I like this album and EP title theme you have going on: two seemingly unrelated words placed next to each other.

LAUREL: You have noticed!

HAPPY: What does the latest title mean to you, LIMBO CHERRY?

LAUREL: I guess it was kind of… the ‘cherry’ was a representation of the woman, virginal vibe, and ‘limbo’ is quite self-explanatory. I guess there’s a delay growing into an adult woman, and there’s a space in your 20s where you’re in this limbo state which is very… you’re just trying to figure everything out. I really felt like that this year, so that’s where it came from. There are a million explanations, but I can’t do them all today.

HAPPY: Well I like how ambiguous they are. You can be old and feel young, but also be young and feel old – all at once.

LAUREL: For sure, I’ve still got all that teenage angst! But I’m expected to be a lot more reliable now.

HAPPY: Going back to the older records, how about PETROL BLOOM?

LAUREL: The ‘bloom’ was like a flower growing. That was the beautiful part – I often do an ugly and a beautiful thing – because there’s DOGVIOLET. The ‘bloom’ was the natural party and the ‘petrol’ was more of the man-made, it was to represent fire, really, that’s where it came from. I wanted to show the essence of the man-made and then the natural state combining to make something beautiful, but also very powerful and very destructive at the same time. I think I had a much more streamlined thing to say at some point, but people stopped asking.

HAPPY: The idea of developing side-by-side as an artist and as a person seems really important to LIMBO CHERRY, so do you think it’s important to hang onto the sounds and ideas that really ignited you at the start of your career? Or is reinvention the aim of the game?

LAUREL: To be honest I find reinvention more exciting. I hate that everyone can see what I made when I was 18 online, it gives me shivers. I’m trying to embrace it as a journey, but if it was up to me, a year after anything was out I’d delete it off the internet.

HAPPY: Has that attitude trickled down from any particular musical heroes?

LAUREL: I don’t think so, I think it’s a personal thing that I always think the next thing I’m doing is better, and I want people to judge me on that rather than… you go online and type in ‘LAUREL’ and the first thing that comes up might be something I did years ago, and it makes me nervous that everyone thinks that’s what I am now when I’ve grown so much.

HAPPY: Fair enough. Musicians are a rare type of person in that way – everything is catalogued.

LAUREL: Yeah, it’s like having Facebook photos from when you were 18 come up when someone searches your name.

HAPPY: In terms of that cycle of reinvention… how important are expectations to you? Do you try to shut out what others might want?

LAUREL: I don’t really think about anyone else, I’m not really worried about that. I feel like I’m making what I want to make and I’m really passionate about it, and the hope is that somebody out there likes it, but I’m not really worried about what people… you know, what they think about where I go with things. I guess I’m more thinking about what I want to do, I’m not going to make music for other people, it’s not what I set out to do. It’s just convenient that people like it.

HAPPY: That’s the aim of the game.

LAUREL: Maybe if people didn’t like it, I’d change my mind.

HAPPY: Well, I think everyone’s going to like this one.

LAUREL: I hope so.

HAPPY: Location seems really important to your output. Were you based in the south of France for most of the writing of this EP?

HAPPY: Was there anything about that region in particular that really wound its way into LIMBO CHERRY?

LAUREL: Just the pace of life. It was so relaxing and I recorded in this beautiful, old music hall. When I walked in there I literally wrote a song within 15 minutes, I sat at this grand piano and the song just flowed out of me, all the lyrics, exact. It felt like there was so much energy in the house. I really think that the record I wrote was largely down to being in that music hall in the south of France. I had a lot of space to work on my stuff, it was all I really had to do, so it really had a massive effect on me. I’d like to do it again.

HAPPY: Sounds like your classic ‘cabin in the woods’ writing experience with a bit more grandeur.

LAUREL: Yes, a bit more wine with the locals.

HAPPY: Of course! I read a few vocal takes from your demos ended up in the EP. Are those from that hall?

LAUREL: They’re from a variety of places, some are from the hall. Obsessed is from the hall, You’re the One is from the house I was staying in which was next door. I was using a really shit mic, which is funny because I never expected them to be final takes.

HAPPY: I think so many people are coming around to that idea though – the magic of the first take. It can be a shitty microphone. There’s an Australian artist I interviewed who used a Singstar microphone on their first album.

LAUREL: No! That’s wild. To be honest when I had Singstar when I was younger, I was using that microphone to make demos on my desktop.

LAUREL: Maybe I’ll have to try it on my next album. It’s still around here somewhere…

HAPPY: Since you seem to be in this super productive period, I wanted to finish up by asking if you’re writing again? Where’s your head at right now?

LAUREL: I have been writing… not as much as I normally write. I’m finding it quite hard actually because I – as you’ve mentioned, location is a big thing for me – I’m normally moving around a lot in quite scenic places and I find it quite inspirational to be in new scenes, but I’ve been in London for nine months. So I find it hard, I need to move around more again, I need COVID to let me travel again if we’re going to get another record.

HAPPY: Well here’s hoping you get out and about. Great to chat!

LAUREL: Thank you! You too. 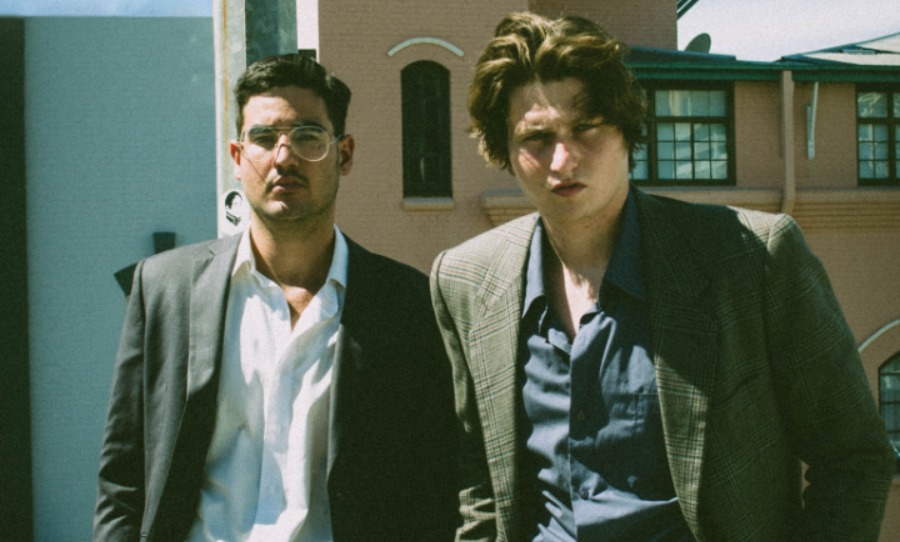