TikTok’s newest sensation Salem Ilese is enjoying a rarely-found level of viral fame, but her songwriting is hardly an overnight success story.

If you’re on TikTok, you’ve heard Salem Ilese slowly crooning “I’m mad at Disney, Disney, they tricked me, tricked me”. The song’s presence is ubiquitous on the app, where over 2.5 million users (and counting) have created videos featuring Salem’s verses as backing.

In comparison WAP, Cardi B and Megan Thee Stallion’s freaky mega-hit, has been used in a measly 700,000 videos. Catch up.

Though a new face to many, Salem’s path to pop stardom started a long time ago. From four years old she had her sights set on songwriting. By nine she’d found an early mentor in Bonnie Hayes, who wrote hits for Cher, David Crosby, Booker T, and many others. She always “wanted to be a pop star”, and after 17 years of hard work the dream has materialised.

We recently caught up with Salem to chat through those musical beginnings, growing up in California under the long shadow of Hollywood, and why writing music for other artists can be more valuable than any songwriting lessons money can buy. HAPPY: How did you and Bonnie Hayes meet?

SALEM: She was actually my very first songwriting teacher, when I was about nine years old. My parents signed me up for a songwriting camp in San Francisco and when I arrived, I was probably the youngest person there. I remember walking in and Bonnie was at the front of the room and I had on a sequinned, sparkly top, and she was like “hey! I have the same top!” From that moment she really broke the ice and took me under her wing, acted as a mentor for me, and taught me all about the world of songwriting. I fell in love with it.

HAPPY: Is there a piece of creative advice she gave you that stood out as particularly important?

SALEM: Definitely, she taught me how to be honest and not care about other people’s opinions too much. So if I wanted to say something, put it into a song and say it. She also really taught me the importance of lyrics – I’m very lyrical and conceptual as an artist, and even as a consumer I like to listen to people’s lyrics, that’s the first thing my mind gravitates towards. I think that has a lot to do with her style of teaching, one of the things she taught us was having a clever title, or thinking of a string of words you wouldn’t see all the time, something that would grab your attention. That was definitely an important lesson.

HAPPY: Is writing for other artists something that appeals to you?

SALEM: For sure. I went to Berkley College of Music for two years and studied Songwriting, Performance, and Production, but one of the things we learned in the songwriting classes is really how to write for yourself as an artist, but also how to write for another artist, kind of put yourself in their shoes which I love to do. So now I do sessions every day; sometimes it’s for me, sometimes it’s with another artist in the room, or Zoom lately, which is super fun because I love helping other people tell their stories. And I also write for pitch, if someone’s looking for something.

HAPPY: I think a lot of people would find that fascinating. It’s kind of a silent part of the industry, but obviously a super important one.

SALEM: Yeah! Many people don’t know that being a songwriter alone is a career path that you can do. My boyfriend for example, he’s from Norway, and he grew up thinking that if he wanted to be a musician, he had to be an artist… but he doesn’t like performing. He’s very talented and would force himself to perform, but then he went to Berkeley and learned he could just be a songwriter for other people, which now he does.

HAPPY: And what does writing for other people teach you about your own music?

SALEM: I feel like the biggest lesson it teaches me is when I know I should keep something for my own artist project versus giving it away. That’s been getting easier and easier lately, just because my own artist project has to be so personal and true to my life and my own story, relatable to me. But something for another artist has to be about their life and their story. It’s been really cool to be able to see other artists tell their stories in different ways, because everyone I work with has a different initial approach to writing. I learn from every collaborator.

HAPPY: Sounds like you’re working as a de facto therapist.

SALEM: It really feels like that sometimes! Especially in person, because at the beginning of an in-person session where I’m just the writer that day, and the artist is telling me their story, I’ll be sitting there and listening, but I’ll have my computer out and be typing notes so I don’t miss anything. I very much feel like a therapist, it’s fun though.

HAPPY: Now you’ve obviously watched Mad at Disney go wild, especially on TikTok. Was there a moment you realised that was all happening and couldn’t be stopped?

SALEM: I woke up on my 21st birthday and I saw that about 1,800 people had used Mad at Disney as a sound on their TikTok videos and I thought that was just the height of my career, like ‘this is it, I’ve made it, I can die happy!’ Then I decided to post a TikTok, because I didn’t really use it before this happened and if other people were using my song, I should do it too. So I did a really silly video and that got like 40,000 plays, then I did a cover of Mad at Disney and that got a million plays in a day.

I remember my roommates and I just spent hours that day staring at our phones, just watching the numbers go up with our jaws dropped. It was crazy, like ‘how is this happening?’ And then it kept going, it’s so crazy, I still can’t believe it.

HAPPY: I checked before the interview and that number is now well over two million… I don’t want to make you pick favourites, but do any stand out as particularly creative or interesting for one reason or another?

SALEM: Definitely. There’s been so many cool artists that have been adding a verse, I love all of those, and the parodies where they change the lyrics to add another meaning to the song. Also the animal videos are so great! There are a few that Kody Antle has down involving tigers, one of them terrifies me every time I see it, I’m like ‘oh my god, please be careful’. But it’s really fun to hear Mad at Disney in the background while he’s wrestling with a tiger.

HAPPY: Did growing up in California, kind of in the shadow of Hollywood, contribute to the feelings you put out with that song?

SALEM: It’s very funny, the thesis behind Mad at Disney reminds me a bit of the Hollywood stereotype. My boyfriend, being from Norway, before he came to LA he told me he was so excited to see the Hollywood Stars – you know, the stars on the pavement. It’s a big stereotype that Hollywood itself is so glamorous and you can take pictures on the Hollywood Stars. Then the first time we went and saw them, we were in an Uber on the way back from a party and he said “pull over, I need to see the stars”. We got out of the car and there was a human poo on the pavement next to the Stars, it was just the dirtiest place, the least glamorous vibe ever.

So he was pretty let down, and I’ve definitely felt that way. Growing up in California, the Hollywood facade was a little less believable in my eyes because I was close to it, you know? I knew it wasn’t all shiny.

Mad at Disney is out now via 10K Projects/Caroline Australia. Stream or purchase your copy here. 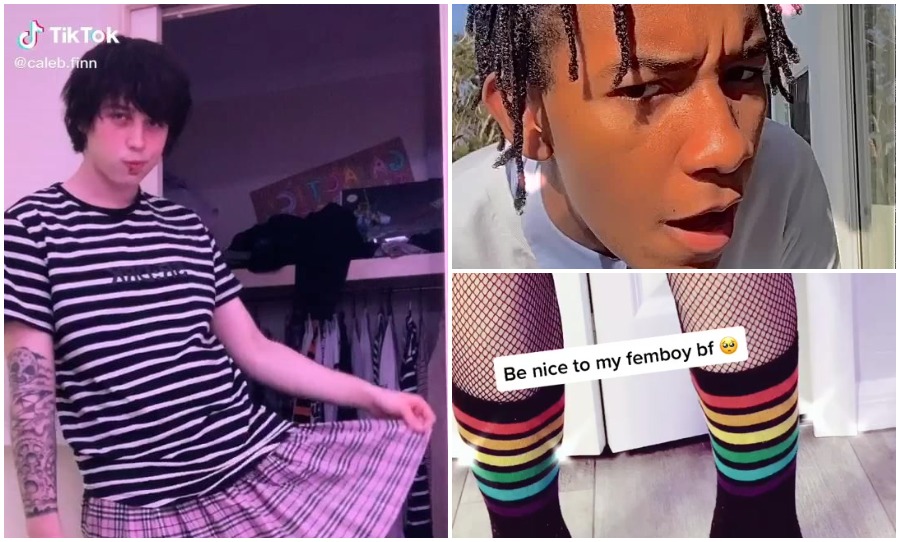