Moog Sound Studio: everything you need to begin your analog journey
Skip to content
[gtranslate]
TM The Moog Sound Studio provides an accessible entrée to the world of analog synthesis, shipping with a host of educational tools and gear.

Analog synthesis can be a little intimidating at first. Moog — a company of analog purists — is uniquely placed to guide newcomers on this open-ended and experimental adventure. To make this happen, they’ve introduced the Moog Sound Studio.

Each Moog Sound Studio has the potential to link three modern classics from the Moog stable: the Mother-32, the DFAM (Drummer from Another Mother) and the Subharmonicon. The Mother-32 is a semi-modular analog synthesizer with a step sequencer and a 32-point modular patch bay to connect multiple control and sound sources. It was released in October 2015 as Moog’s debut Eurorack synth.

DFAM is a percussive synthesizer including a white noise generator, two-wide range analog oscillators, and the iconic Moog ladder filter. The Subharmonicon is a semi-modular polyrhythmic analog synthesizer that uses a six-tone sound engine and multi-layered clock generator to create subharmonics and polyrhythms. Connecting these constituent instruments is a Moog audio mixer, power distribution hub, two-tier rack mount kit, and patch cables, patch cable organiser. To put it all together, there’s even a screwdriver!

To accompany the hands-on elements of the Moog Sound Studio, there is a seven-track EP titled Explorations in Analog Synthesis that explores the possibilities of the pack. There are also gorgeous illustrations to guide you down the analog rabbit hole.

Head over to Moog for all the details. 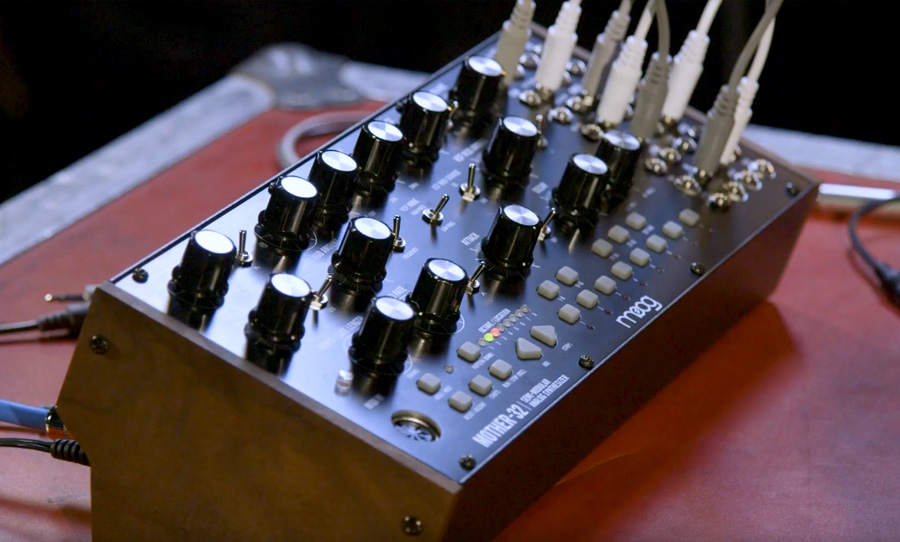