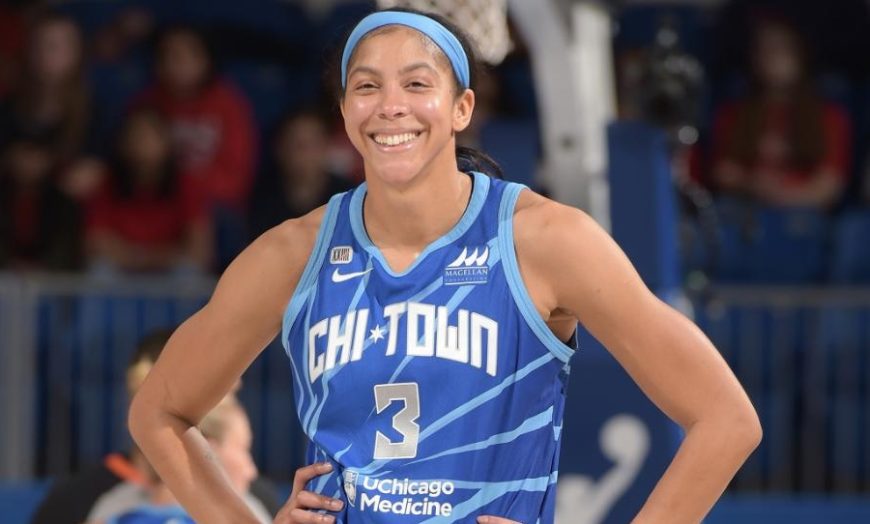 WNBA star Candice Parker has just been announced as one of the athletes that will feature on the cover of NBA 2K22. This will mark the first time a female athlete has been displayed on the cover of the popular basketball video game.

WNBA star Candice Parker should need no introduction. She is a giant of basketball, having won pretty much every honour there is to win, including two season MVPs, one finals MVP award, and two Olympic gold medals.

She was the second woman to ever dunk in the WNBA, and now has gone one place better by being the first woman to appear on the cover of an NBA 2K game (NBA 2K22).

She will feature as the sole athlete on a special standard edition cover of NBA 2K22 that will be exclusive to North America.

“Extremely proud and humbled to be the first female cover athlete in the history of NBA2K. I’m honored to work with a company that’s investing in women and betting on us to succeed. I’m hopeful there will be many more badass females to follow.”

I’m honored to work with a company that’s investing in women and betting on us to succeed. I’m hopeful there will be many more badass females to follow 💪🏽💪🏽 pic.twitter.com/WJan4YE7Qt

On the one hand, this news is great and the team behind NBA 2K22 should be applauded. On the other, a female athlete hadn’t already been featured. EA’s long-running FIFA series started including female stars on their covers in 2016, albeit generally alongside a male star.

For years sports video game franchises have been capitalising on different markets with cover variants, and the fact that women are only now being courted is somewhat disappointing.

Nonetheless, you’ve got to learn how to dribble before you can dunk, and in Candice Parker they have acquired a solid coach to learn from.

By the way, two-time NBA All-Star Luka Dončić will be the athlete that features on the NBA 2K22 Standard Edition cover, wrestling the honour away from the Portland Trail Blazers’ star point guard Damian Lillard.